Move over Lucifer, there's a new Seitan in town

The vegan meat alternative with the devil in the detail.

The trend towards vegetarian and vegan diets means more people are looking for meat-free protein alternatives.

Seitan can be made by washing the starch off flour, so what you are left with is mainly gluten. Wheat gluten has been used as a substitute for meat in Asian countries for centuries, particularly among Buddhists who prefer not to eat meat. George Ohsawa, Japanese advocate for the “macrobiotic” diet, coined the term seitan for wheat gluten in the early 1960s.

Seitan’s versatility and “meatiness”, combined with the need for tasty, vegan protein options have contributed to its huge increase in popularity world-wide in recent years.

It’s high in protein and iron

As well as being flavoursome and reminiscent of meat, seitan is relatively high in protein and non-haem iron compared to other vegetarian protein foods.

One serving around the size of the palm of your hand contains about 75 grams of protein, enough for most adults for a day. Gram for gram, that’s about three times as much protein as beef or lamb. 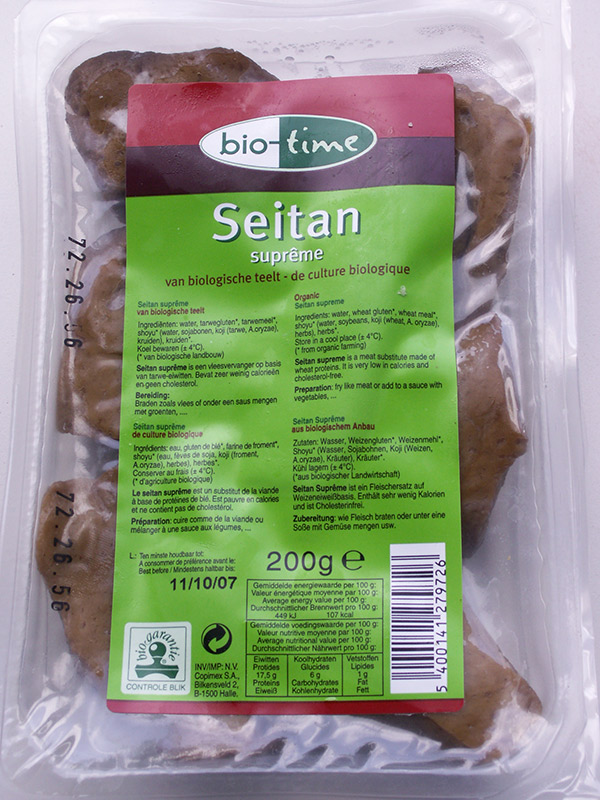 With about 5 milligrams of iron per 100 grams, seitan has as much iron as kangaroo meat or beef. But as for other plant-based foods, the non-haem iron in seitan is not as readily absorbed as the haem iron in meats.

A small serve of seitan (100 grams) contains about 14 grams of carbs, which is about the same as one slice of bread.

Seitan doesn’t contain any soy, unlike tofu or tempeh. So it’s a good option for people with a soy allergy.

You can make it at home

You can make seitan just from flour and water, but it does take about an hour from start to finished product.

To prepare seitan, combine flour with a little salt and water to form a soft dough. Then keep kneading the dough under cold running water (to remove the starch) until it becomes a very stiff and stretchy dough.

If you’re in a hurry, you can cheat by mixing commercially available “vital wheat gluten” with water.

Either way, once you’ve got the gluten dough, flavour it with spices or sauces and then pan fry or boil it.

You can serve it as a steak substitute, sliced and stir-fried, “pulled” like pork, or crumbed and made into a vegan schnitzel. Seitan meals have been known to be mistaken as meat by some fairly serious carnivores!

It might be worth taste testing ready-made seitan from a shop to check whether you like it before making it yourself, but this often contains added salt as a preservative. Make sure the sodium content is under 400 milligrams per 100 grams. It’s a good idea to limit your sodium intake, and the Heart Foundation recommends no more than 2,000 milligrams per day.

So what’s the downside? 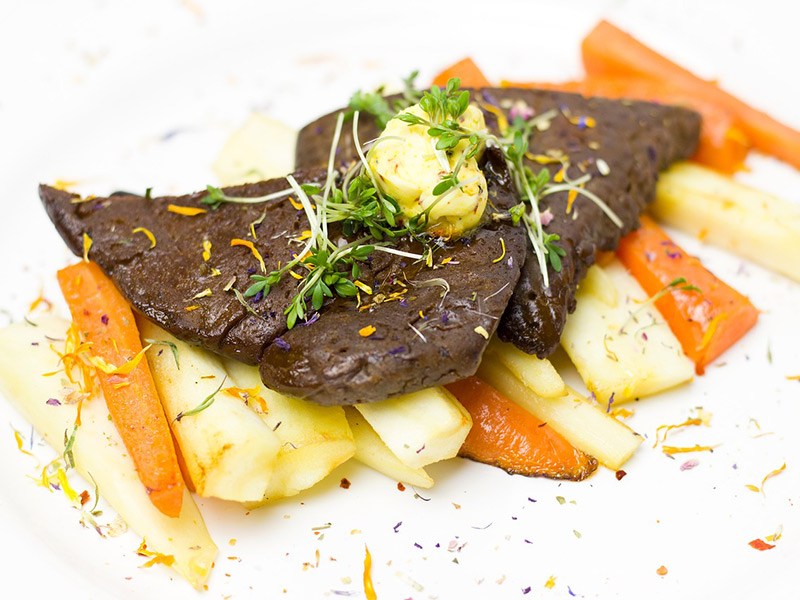 Well, it’s definitely not suitable for people diagnosed with coeliac disease or with a known adverse reaction to the gluten proteins in wheat.

If that’s you, then tofu and legumes are suitable meat substitutes. Another sustainable, gluten-free option is Quorn, a protein-rich food made by fungi.

If you get a bloated tummy or gut pain after eating bread or pasta, but definitely don’t have coeliac disease, it would be interesting to know whether you tolerate seitan. If you do, it could be you don’t tolerate the carbohydrate part of wheat, but can tolerate gluten. A research team at the University of Newcastle, of which I am a part, is investigating whether people who report gut pain after eating wheat are sensitive to the gluten or to the fermentable carbohydrates (FODMAPs) in wheat.

For everyone else who wants to decrease or avoid meat, seitan is versatile and one of the closest in texture and flavour to meat of any vegetarian protein options — so break out the mixing bowls and get kneading.

Dr Kerith Duncanson is a Senior Research Fellow in the School of Medicine and Public Health. Read the original article on the Conversation website.

Curiosity about seitan not satiated?

Study a Bachelor of Food Science and Human Nutrition