What is extradition and how does it work?

Many are watching closely after former Melbourne principal Malka Leifer, who is facing 74 charges of child sexual assault, was extradited from Israel after a battle of more than six years.

It is widely accepted that offenders should not be able to evade justice by crossing borders. Over thousands of years, countries have developed processes to apprehend and transfer accused and convicted people to other jurisdictions to face trial and/or imprisonment.

Extradition in international and Australian law

Extradition is a matter of international law, in the sense that it requires the participation of two or more countries. It also relies on principles that have emerged through international customary and treaty law.

The key related concept is jurisdiction. Article 2 of the United Nations Charter makes clear the significance of political independence, territorial integrity and domestic jurisdiction to the status of a country. The international legal system is built on an assumption that states (countries) are equally entitled to non-interference in their domestic affairs.

According to the territoriality principle, crimes committed within a country’s territorial jurisdiction are subject to prosecution there. This is so whether the person accused of the crime is a national of the prosecuting country or not.

However, extradition as a process is not governed by an international treaty regime or overseen by the United Nations. It typically involves a treaty between two states. If one country agrees to extradite a person to another, this is done as a matter of comity rather than because of a legal obligation.

Australian law governs extradition through the Extradition Act 1988. The act sets a framework for courts to determine if a person is to be extradited from Australia. It also empowers the government to make extradition requests of other governments.

The Australian government can consider extradition requests from countries designated under domestic regulations as extradition countries. The majority of these are countries with which Australia has bilateral extradition treaties.

Australia also has extradition obligations through multilateral treaties that focus on specific forms of crime. It may consider extradition requests from other Commonwealth countries through the non-binding London Scheme.

In a case where Australia is the requesting state, it can request extradition from any other country. However, it cannot expect extradition.

How are extradition decisions made?

If another country makes an extradition request of Australia, the Attorney-General will issue a written notice to the Federal Circuit Court. A judge must then determine if the person subject to the request is eligible to be extradited.

In making this decision, a judge will consider:

After a judge finds a person is eligible for extradition, the Attorney-General has the final say.

In the reverse case, where Australia is the requesting state, the process will depend on the law of the extraditing state. This is painfully apparent in the Leifer case for her alleged victims.

Leifer fled to Israel in 2008 when allegations first surfaced publicly. Israeli police arrested her in 2014 following Australia’s 2013 extradition request. However, she was later bailed. She has claimed to be too unwell to attend multiple subsequent hearings and over 30 psychiatrists have given various reports of her mental health.

In 2018, Leifer was again jailed when it emerged she had been living and socialising normally in an orthodox Israeli settlement. She was again bailed into house arrest with her sister.

Israel’s Deputy Health Minister has been accused of altering medical records to insure against Leifer’s extradition.

Attorney-General Christian Porter has committed to personally raising the case when he visits Israel this year. He said this week* the lack of progress towards Leifer’s extradition is “regrettable”, considering Australia lodged its request with Israel in 2013.

Indeed, the substantive issues in Australia’s extradition request have not yet been addressed at all in the Israeli courts. A December hearing will determine if Leifer is mentally fit to face trial.

Dassi Erlich, one of Leifer’s alleged victims, called the latest decision to release Leifer “intolerable” and reported it was a “massive betrayal of justice” that “left us reeling”.

Should Leifer eventually face extradition proceedings in an Israeli court, some special features will apply under Israeli law. The court must determine a clear case exists against Leifer to permit extradition. Israel may also require Australia to stipulate it will return Leifer to Israel to serve any term of imprisonment.

At any given moment, cases around the world highlight the deeply politicised nature of extradition.

Australian national Julian Assange, now serving a prison sentence in England for parole violations, will face likely extradition to the United States once that term ends. His lawyers will surely argue that he would face a political prosecution in the US.

Meanwhile, in Hong Kong, mass protests have continued for almost five months. The spark for the protest movement was an attempt by the the Special Administrative Region government to amend its extradition law and permit extradition to Taiwan and mainland China.

Australia and all countries must tread carefully when managing extradition requests or amending extradition laws. When problems arise, they reveal the frustration inherent in a system that relies on good will and cooperation between countries.

International law supposes that cooperation is a shared and essential goal. Yet domestic political concerns so often trump good intentions.

*Leifer, 54, was extradited to Australia from Israel in January 2021. She currently faces the Melbourne Magistrates' Court.

Associate Professor Amy Maguire is an international law and human rights academic at the University of Newcastle. This article was originally published on The Conversation. 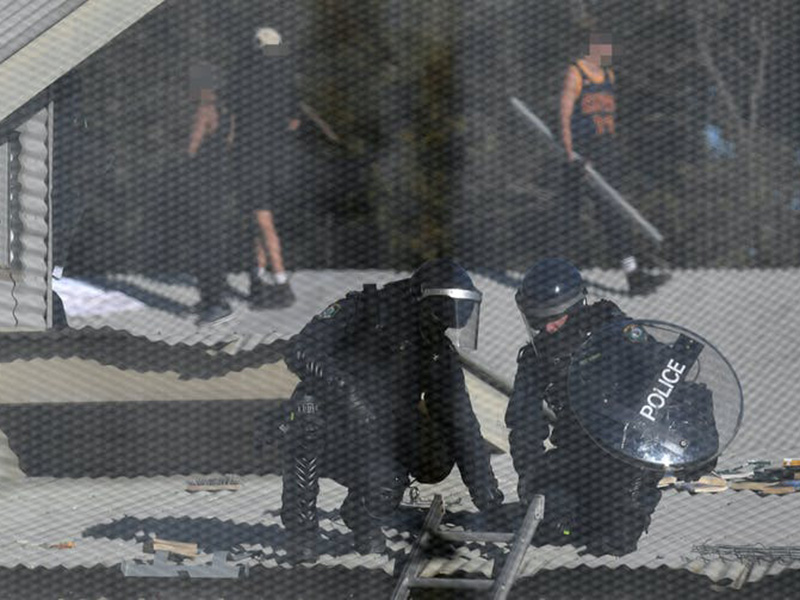