The Centre for Literary and Linguistic Computing (CLLC) was established to continue the development and application of statistical and computing tools for the analysis of (literary) texts.

Centre for Literary and Linguistic Computing is based in the School of Humanities and Social Sciencein the Faculty of Education and Arts, University of Newcastle, some of the centre highlights are; 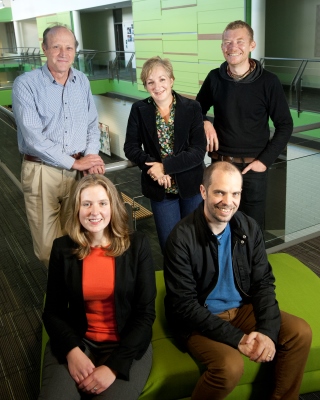 Students interested in doing postgraduate research in areas covered by the centre should send an email to: research@newcastle.edu.au or visit research higher degrees page.

Some people question whether Shakespeare really wrote the works that bear his name – or whether he even existed at all. Could it be true that the greatest writer in the English language was as fictional as his plays? Natalya St. Clair and Aaron Williams show how a linguistic tool called stylometry might shed light on the answer.

Professor Hugh Craig – a pioneer of the digital humanities in Australia, a generous teacher and mentor and one of… END_OF_DOCUMENT_TOKEN_TO_BE_REPLACED

Credited with an important Shakespeare discovery, UoN alumni and conjoint member of the Centre for Literary and Linguistic Computing, Dr… END_OF_DOCUMENT_TOKEN_TO_BE_REPLACED

After completing his first degree in India in computer science, then a PhD in computational stylometry in Malaysia, Ahmad Alqurneh… END_OF_DOCUMENT_TOKEN_TO_BE_REPLACED

Professor Hugh Craig has been awarded a Discovery Projects grant by the Australian Research Council for his project: 'Folio Shakespeare… END_OF_DOCUMENT_TOKEN_TO_BE_REPLACED

With profits of the mind

Centre for Literary and Linguistic and Computing, Research