In the Vale of Tears: on Marxism and Theology V

In the Vale of Tears is the conclusion to Roland Boer's five-volume series,The Criticism of Heaven and Earth.

Awarded the 2014 Isaac and Tamara Deutscher Memorial Prize, this book also stands alone as a distinct intervention in some burning issues of our time. 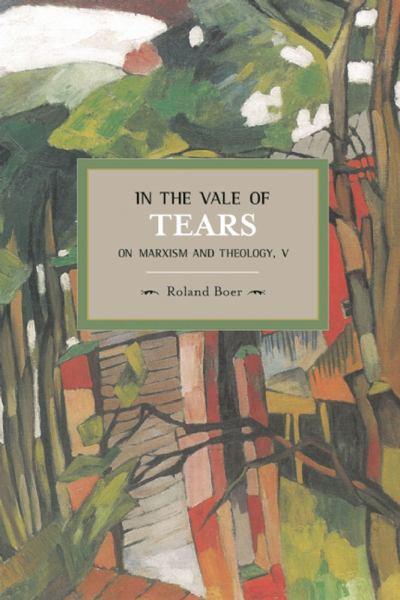 In the Vale of Tears brings to a culmination the project for a renewed and enlivened debate over the interaction between Marxism and religion. It does so by offering the author's own response to that tradition, which was examined in detail in the previous four volumes.

As a whole, this project engages in a careful and detailed analysis of the works – in their original languages – of almost 30 leading figures of the Marxist heritage, from Marx and Engels onwards.

It may be summed in terms of Marx's famous quote about religion being the "opium of the people." This has been largely misinterpreted, given that, when Marx used the phrase, opium was as valued for its medicinal qualities as it was denounced for its addictive potential. Ambivalence over religion is really what is embodied in Marx's metaphor, rather than the notion that it is just a drug that dulls one's senses and makes one forget one's suffering.

Many in the Marxist tradition see both the reactionary and the revolutionary possibilities of religion. The series has begun to foster further research into other areas, such as Muslim Marxism, Eastern Orthodoxy and the USSR, and Chinese religions and Mao Zedong.

This is only the second time the Deutscher Memorial Prize has been received by an Australian, and is a testament to the impact and esteem of Boer's work.

A widely read and internationally recognised academic theologian and Director of the University of Newcastle's Religion, Marxism and Secularism research group, Boer says he is thrilled by this honour.