UON PhD candidate's film to have world premiere in Hollywood

Filmmaker Stuart McBratney is studying a PhD by creative work at UON: and as part of his candidature, he’s written, directed and composed a feature film set for the silver screen in Hollywood.

Pop-Up is a comedy/drama is about three interweaving stories shot in Newcastle and Transylvania and has been a work-in-progress for a number of years.

“I started scrawling ideas for Pop-Up around the time Obama was elected into office. Over two terms later, the movie’s about to have its world premiere,” Stuart said.

Pop-Up is set to make its debut in one of filmmaking’s most coveted and fiercely competitive festivals with the film recently selected as one of only 16 features to compete in the iconic Dances With Films festival.

The film will have its world premiere at the legendary Grauman’s Chinese Theatre in Hollywood on Hollywood Boulevard. 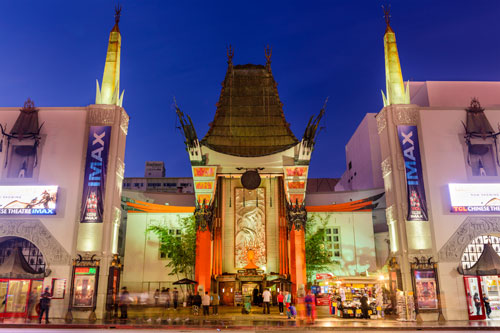 In its 19th year, Dances With Films will screen independent films from around the world from June 2 – 12 at the recently renamed TLC Chinese Theatre in Hollywood.

Dances With Films is known as a springboard for breakthrough filmmakers. Starting in 1998 the festival prides itself on “finding tomorrow’s talent today”.

With around 15,000 festival attendees each year and 2.5 million impressions per month on their website, Dances With Films exposes fresh and creative filmmakers to the world so it’s an exciting opportunity for this Newcastle-based filmmaker.

“Attending the Dances With Films festival is an amazing opportunity to expose my work to a wider audience. Hollywood is the worldwide epicentre of filmmaking, and this festival’s focus is on truly independent films like Pop-Up, so I can’t wait to meet to other likeminded filmmakers.” Stuart said.

An established industry professional, Stuart has directed a number of short films and music videos, two feature films, a TV series and around 500 TV commercials for a range of high profile clients.

Pop-Up is the practical element of his thesis: “Pragmatism and Bricolage in Microbudget Feature Filmmaking” where he’s developing a model for making films in a tiny budget at UON’s School of Design, Communication and Information Technology.

“For my thesis, I’ve studied the diaries of other filmmakers who’ve produced movies on shoestring budgets, and reflected on my own experience in the field. By combining the insights from these case studies, I’ve developed a model for microbudget feature film production.” Stuart said.

“It’s exciting to see that all this work’s coming to fruition with a screening in one of Hollywood’s most iconic venues.”

Stuart took advantage of disruptive business models harnessing his large social media following to use crowd-funding through Pozible and Kickstarter to raise a small proportion of the budget – with the remainder financed by his commercial work.

It wasn’t just fundraising that friends and acquaintances were involved in: Pop-Up also features around 250 Newcastle locals as volunteer extras in around 80 locations in this edgy Novocastrian film.

Stuart’s PhD supervisor, Professor Mario Minichiello said that because of this work, Stuart has become an academic leader in the field.  “It’s an extraordinary piece of research and it’s been accepted on the grandest scale.”

“This is a new way of doing PhDs and UON is at the vanguard of the field and doing something that’s very innovative and disruptive. As this film selection shows, it’s also being very well-received by industry.” Professor Michichiello said.

Stuart’s PhD is co-supervised by Associate Professor Mark Roxburgh who said "Stuart’s PhD studies are the living embodiment of the pragmatic philosophy he has researched. He knew he needed some level of institutional support to make his film so he enrolled in a PhD to get it."

"Stuart has made explicit the previously tactic knowledge of making a film on a shoestring budget that will make a contribution to film making knowledge as an exemplary methodology. He has become a better film maker as result of making this knowledge explicit. But most importantly he has made a beautiful film, that might not otherwise have been made, which isn’t 90 minutes of things exploding but a mediation of what it means to be human. If PhDs can’t support apparently marginal but interesting work that makes a contribution to our knowledge of things like creativity, imagination and the human condition, then we may as well just watch 90 minutes of things exploding and be done with it."

Read more about the infinite opportunities available to students studying in the School of Design, Communication and Information Technology.