University of Newcastle Laureate Professor Kevin Galvin has been awarded the prestigious Antoine M. Gaudin Award, which recognises scientific or engineering contributions that further understanding of the technology of mineral processing.

Only the fifth Australian to receive the international award in 42 years, Professor Galvin is specifically recognised “for advancements in the science and engineering of innovative systems for coal and mineral beneficiation.”

Professor Galvin, who is based at the Newcastle Institute for Energy and Resources (NIER), created the award-winning Reflux Classifier, a technology that has been credited with saving the global mining and minerals processing industry hundreds of millions of dollars. 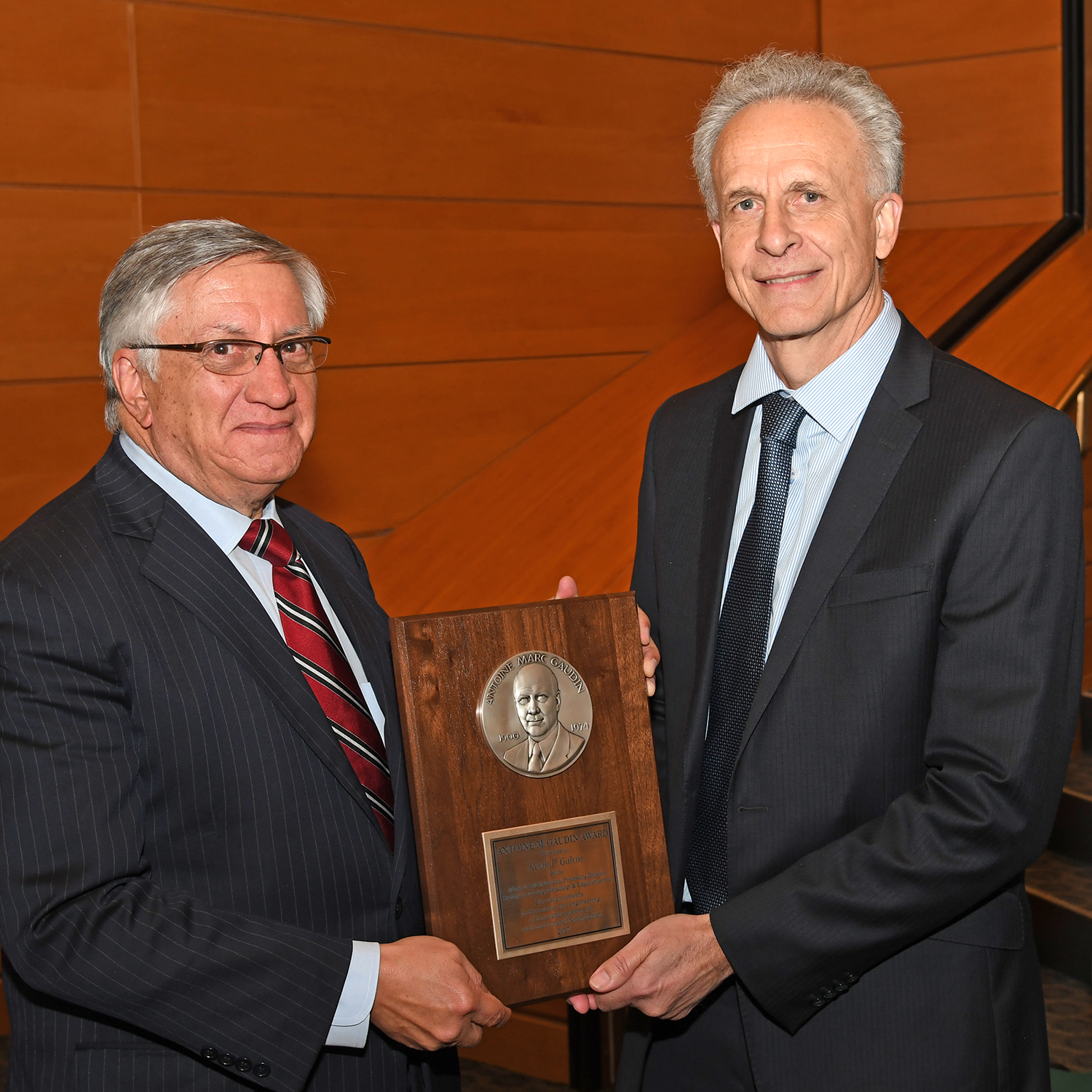 The award-winning Reflux Classifier technology, developed in collaboration with commercial partner Ludowici, and more recently FLSmidth, is an industrial machine that separates fine particles in water using a system of inclined channels to recover valuable material, generating both environmental and cost benefits. The award also recognises Professor Galvin’s other innovative systems, including the Reflux Flotation Cell, which is being commercialised.

Professor Galvin is the Director of the University of Newcastle's Centre for Advanced Particle Processing and Transport, and the ARC Industrial Transformation Research Hub for Advanced Technologies for Australian Iron Ore, further confirming his reputation as an internationally-acclaimed chemical engineer.

As the award recipient, Professor Galvin presented a plenary lecture at the annual meeting of the Society for Mining, Metallurgy and Exploration in Minneapolis.