Making time when you have none

Jill Donald has been awarded the Faculty of Health medal in the School of Nursing and Midwifery in the school's 25th anniversary year. Lecturer Carol Norton moved from Jill's mentor and teacher to friend during a very challenging time, and learned a lot from her student along the way. 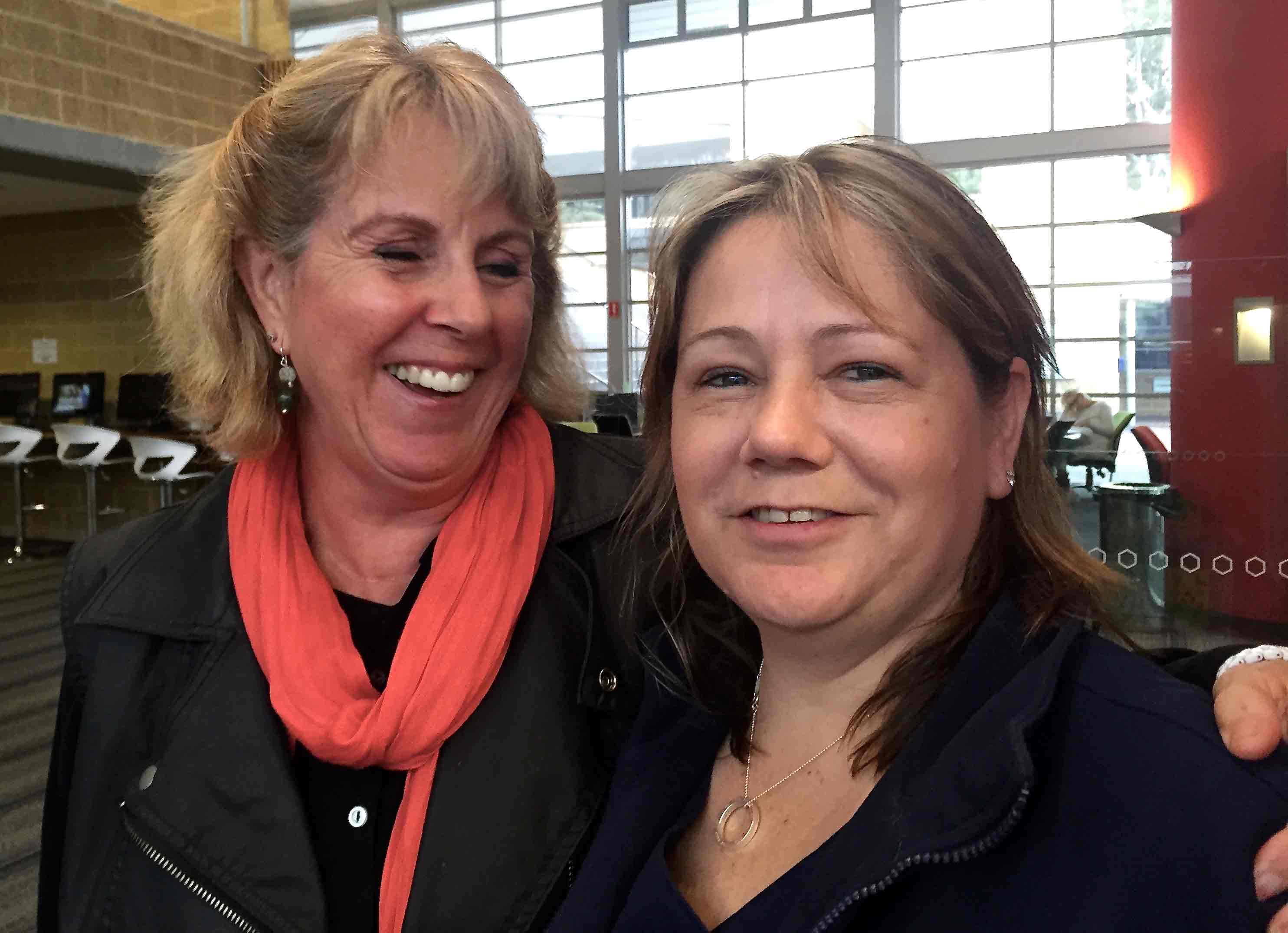 "She was quite challenging," Carol laughs, "She had lots of questions that I couldn't always answer but I knew I had to get her the answers and it was the beginning of our relationship. Jill ended up topping her Foundation class and I knew she'd be a student to watch."

Carol goes so far as to insist that Jill made her a better teacher. "I really came to understand that you can't just go in with a preparation of what you think you can teach, but that you need to be ready to go above and beyond what you think you know, and also what the students know."

The affection and respect between this pair of teacher and student is obvious as Jill describes Carol as 'one of the most amazing teachers I've ever come across'.

"My position with a publishing house was made redundant after 12 years and I'd been working in the publishing industry for 25 years."

"Being forced out of that role was a really good thing, even if I didn't think so at the time. I'd always been jealous of people with a university education and I still had another 20 years of work ahead of me so I decided that if I was going to do it, now was the time."

The university's School of Nursing and Midwifery is celebrating its 25th Anniversary this year and Jill Donald has been awarded the Faculty of Health medal. Carol Norton is obviously very proud of her student and friend.

"Jill was one of the guest speakers at our anniversary awards night and she'll be speaking again at the Faculty of Health 50 year anniversary graduation as well."

Being awarded the faculty medal is an enormous achievement and Carol credits Jill's consistency through her studies as getting her to this point.

"She wants to learn, but not simply learn enough to become a registered nurse, she wants to be the best possible nurse she can be for her patients wherever she works. Her positivity and motivation, and her willingness to be prepared to get out and look after her patients to the best of her capacity are obvious."

What neither Jill nor Carol have mentioned is that Jill's accomplishment has been achieved in the face of a terrible personal trauma.

"Second semester of my second year I was diagnosed with stage 4 breast cancer which had spread to my bones - my spine and my pelvis."

"After the initial diagnosis, the first person I spoke to was Carol. I ran to her and said, 'What do I do? Who do I see?'

"It was Carol that I asked for assistance and support within the university and they've all just been amazing."

After her diagnosis, Jill had to postpone one of her nursing placements and wasn't happy about it. "I asked my surgeon to delay for three weeks so I could get my placement in Tamworth done, but she refused."

"After healing from the surgery I underwent radiotherapy while I was at my next placement. I simply wasn't going to allow anyone to delay that placement so, burnt to a crisp, I continued. I fell into a bit of a hole after that but I seem to only do that when I stop doing things, so it was better to continue."

Jill Donald describes her health now as 'pretty good'. "I'm as healthy as I can be. I only have regular medication with scans and oncology appointments every two or three months, which I'd cancel if I could because I hate them."

"I can go into denial in between those times and it's only when I have to do the whole process again that I start to get 'scan anxiety' in the wait for results. I can pretend I'm normal in between (check-ups)."

I mention to Jill her earlier comment that she had 'another 20 years left to work'. Jill has stage 4 cancer, so we both know she is on much more limited time.

"In those years that I do have left I'd rather be doing something that is meaningful. Working in an office is not meaningful, but working with my patients is."

Jill's nursing challenge is perhaps somewhat more poignant when she reveals that her new nursing career sees her working on a daily basis with fellow cancer patients in the oncology ward at Gosford Hospital.

"It's been really good. I was a bit scared at first but considering how well I really am, they help me realise that things aren't all that bad."

The student and her teacher obviously share a fondness for black humour as the conversation is peppered with bad jokes and wicked laughs. Both acknowledge that it would perhaps have been easy for Jill to just give up once she received her diagnosis, but Jill says it was never going to happen that way.

"I was determined that it was not going to stop me doing the thing I'd always wanted to do. I said to Carol, 'Even if I'm in a box, you will give me my degree!'