ARC funding expands research in microbiology and the humanities

Two outstanding mid-career researchers from the University of Newcastle have received almost $2 million in Australian Research Council (ARC) Future Fellowships to advance their research discoveries in the fields of microbiology and the humanities.

Dr Karl Hassan received $874,125 to identify why some bacteria are resistant to drugs, while Professor Rosalind Smith received $1,054,816 to examine women’s textual practice in the English Renaissance. 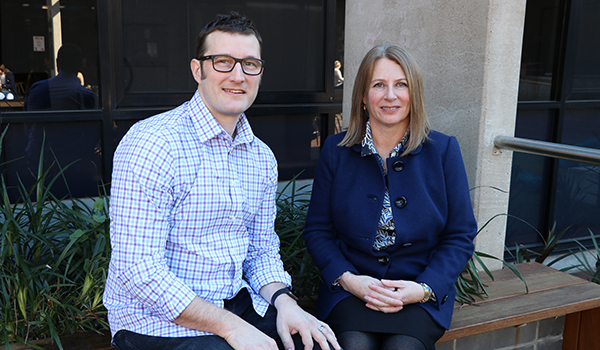 “Through the ARC Future Fellowships scheme, we are supporting Australia’s next generation of research leaders.

“These new Future Fellowships are awarded to outstanding mid-career researchers, who will receive funding support for the next four years to undertake their innovative research in Australia,” Professor Thomas said.

Dr Hassan aims to develop fundamental knowledge of why some bacteria are resistant to antibiotics by investigating the cell envelope in Gram-negative bacteria, which functions as a permeability barrier to small molecules.

“Some Gram-negative bacteria are human pathogens and cause serious infections, whereas others are used in biotechnology for biosynthetic chemical production or bioremediation,” Dr Hassan said.

The project aims to help the future development of new antibiotics and assist in the design of strains to be used in biotechnological applications, such as the production of small molecules for use in more sustainable plastics.

Professor Smith will examine records of women’s reading and writing in the margins of their books from the 16th and 17th century to make new discoveries about how women used their books during that period.

The research will be the first investigation into the history of early modern women’s textual practice through the traces they left in their books, at a time when book production and distribution was first appearing on a larger scale.

“This project will be quite transformative within the field and should uncover a whole body of writing that we’ve never seen before. There will also be an element of crowd sourcing to the project, where we’ll ask librarians and archivists to send us material so we can create digital versions of the texts and extend their access to the public.”

The Australian Government committed $84.7 million to this year’s ARC Future Fellowships and a full list of the recipients can be accessed via the ARC website.