As a recipient of the MADE scholarship from the Sydney Opera House, third-year UoN civil engineering student Nicholas Werrett is one of just five Australian students set to experience a unique multidisciplinary cultural exchange.

Launched at the Opera House's 40th Anniversary in October last year, the Multidisciplinary Australian Danish Exchange (MADE) is a tertiary student exchange program that reflects the role of Jorn Utzon in the design and construction of the Opera House. 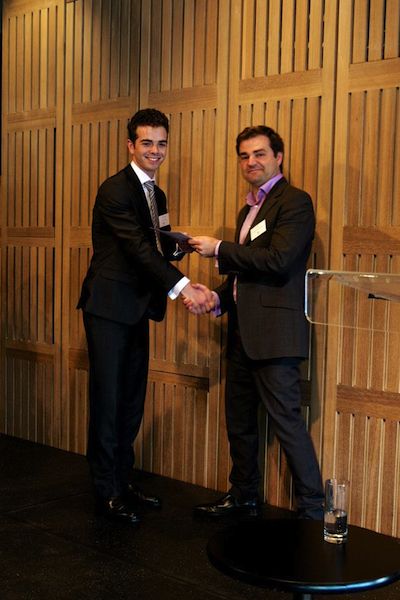 MADE focuses on the disciplines that collaborated in the Opera House's construction – architecture, engineering and design.

Nicholas has a strong interest in architecture as well as civil engineering, which makes him a perfect MADE scholar.

An avid traveller, Nicholas was ecstatic when he received the news that he would be travelling to Copenhagen in 2015. Leaving in January, he will spend six weeks in Denmark with the other four Australian MADE scholars .

The exchange will include work on a multidisciplinary project with host architectural firm COBE, as well as visits to performing arts venues, cultural centres and significant architectural landmarks.

But before they launch into the program, the students first have the opportunity to spend a week together at Can Lis, Jorn Utzon's extraordinary residence in Majorca, Spain.

Watch this space for an update on Nicholas' experience in Copenhagen.