UON’s Dean of Architecture, Professor Michael Ostwald, has been awarded the Neville Quarry Medal for services to Architectural Education at the annual Australian Institute of Architects (AIA) recognition ceremony in Adelaide in May. 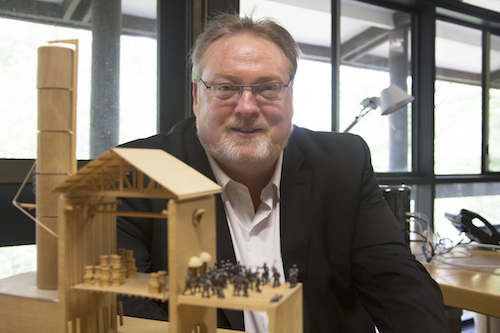 This medal is the highest honour that the architectural profession can bestow on an academic, it is given ‘in recognition of outstanding contributions in all areas of architectural education, the national and international impacts of which resonate beyond the university system.’

“When I started as an academic, I quickly understood that the way in which we teach, and support students to learn, is something to be taken seriously,” says Ostwald.

“For this reason, in parallel with my architectural research, I began to publish books and papers about professional education and was soon being commissioned to write major reports on the future of education. My enthusiasm for teaching turned to an enthusiasm for improving it.”

His 2008 Oceania-wide study of architectural education benchmarked architecture performance, quality and resources. Even after 8 years, this study is constantly referred to, both nationally and internationally, when improvements in architecture teaching and education are proposed.

“10 years ago architecture students rarely worked in groups” says Ostwald,  “this study allowed me to encourage academics to realise that it is critically important for students to work in teams; to learn how to manage team dynamics, personality differences and to be productive in a team environment."

“It also helped me to highlight the value of electives; allowing architecture students to undertake courses in non-traditional areas for designers – such as politics, law and social studies – all of which enrich their education.” 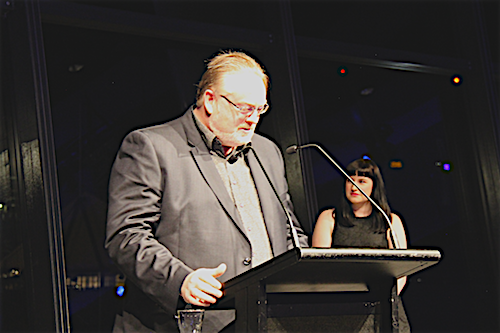 A nationally award winning teacher, he has held a series of prestigious research fellowships with the Australian Research Council (ARC) with ten books and hundreds of other high-quality publications to his name.

Ostwald has also provided extraordinary leadership in the governance of Australian architectural education as a former president of the Association of Architecture Schools of Australasia and as a founding member of the Australian Deans of Built Environment and Design.

Ostwald is one of the members of the current national working group that in 2015–16 is undertaking an important review of the procedure for accrediting Australian and New Zealand architecture programs.

“It’s a great honour. But the thing for me that is so rewarding is that the list of previous recipients includes some of the greatest educators in my field, some of who were my former mentors, which is a bit humbling.”