UON recently hosted delegates from Croatia with a visit to the Newcastle Robotics Laboratory. Dr. Damir Kusen (Ambassador of Republic of Croatia H.E) and Mr. Hrvoje Petrusic (Consulate General of the Republic of Croatia) had made a special request to tour the lab. Croatian Ambassador, Dr Damir Kušen, highlights that in his country there are many robotics clubs that he tries to promote, orienting the country towards innovation, science and technology.

“Robotics in the language that everybody understands”, said Dr Kušen.

"Working together in a team with a number of Australian institutions in the field of science, technology, innovation and robotics... will bring better awareness of importance of robotics to the general public," (ABC News). 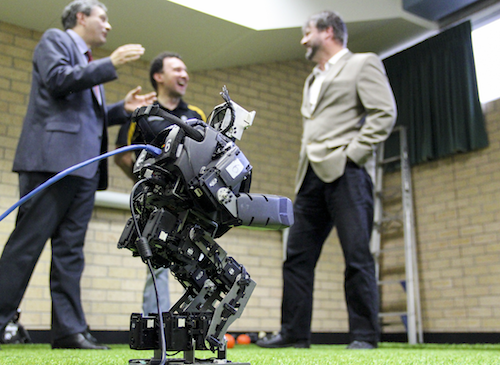 The delegates were shown the new humanoid robot, iGUS, as well as the recently modified DARwIN-OP robots which will be used to compete in this years’ RoboCup Competition. They were able to immerse themselves in an alternate universe, painting in a virtual environment, were shown some impressive robotics projects in the Mechatronics labs, and visited the electrical engineering labs to view some large scale projects. 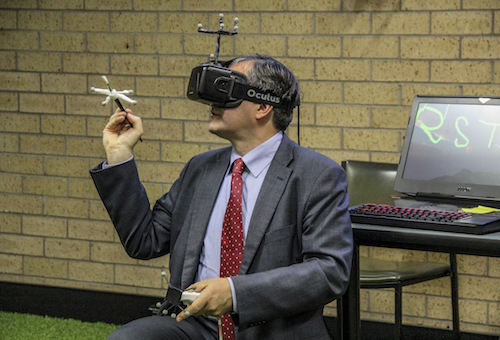 The Croatian ambassador is personally involved with the International RoboCup competition, as a former Junior Judge (Hefei China, 2015). It was in Hefei, where the Croatian ambassador first formed a relationship with the NUbots. Since then, NUbots team members Peter Turner and Dr. Aaron Wong visited the Croatian embassy, as part of their bi-annual embassy open day “Windows to the World” program.

At the 2016 RoboCup in Leipzig this July Dr Kušen, will be accompanied by his daughter who will representing Australia in the RoboCup Junior Rescue competition. He will then host a joint workshop in Dubrovnik, which will be attended by RoboCup Junior teams from Croatia and Australia.