On 4 and 5 December 2014, Professor Roger Markwick, Head of the School of Humanities and Social Science at the University of Newcastle (UON), will co-host a bi-lingual (English/Russian) workshop at Heinrich-Heine-Universität in Düsseldorf, Germany. 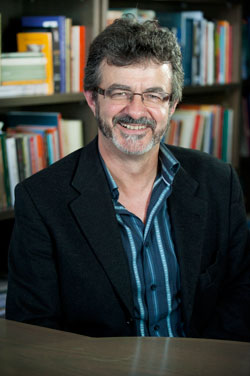 Professor Markwick, founding member of UON's Centre for the History of Violence, has played a key role in inviting 14 leading international scholars from Germany, Russia, the US and the UK to contribute, including Professors Steven Barnes, Donald Filtzer, Wendy Goldman, Larry Holmes, Oleg Khlevnyuk and Sergei Zhuravlev.

Co-hosted with Professor Beate Fieseler from Heinrich-Heine Universität, the workshop is fully funded by a Fritz Thyssen Stiftung A$24,244 grant.

Professor Fieseler secured funding for the workshop, which is her contribution as International Partner Investigator on the Newcastle-based ARC Discovery Project – I was a horse and a man: Women, Stalinism and the Soviet Home Front, 1941-45.

UON's Dr Euridice Charon-Cardona, ARC Senior Research Associate in History, will also be presenting a paper to the international workshop.