A new book co-authored by Centre for 21st Century Humanities Director, Professor Victoria Haskins, examines the role of Asian and Indigenous male servants across the Asia Pacific from the late-nineteenth century to the 1930s.

Published by Bloomsbury, Colonialism and Male Domestic Service across the Asia Pacific stems from an ARC funded study Houseboys: A transcolonial history of domestic service in the Asia-Pacific conducted by Haskins and her co-authors and fellow historians at the University of Wollongong, Associate Professor Julia Martinez, Dr Claire Lowrie, and Associate Professor Frances Steel.

The book tells a hidden and largely unremarked history, analysing the culture of male domestic service that developed across the tropical colonies of the Asia Pacific region in the age of empire.

Tracing connections from diverse colonial sites including British Hong Kong, Singapore, Northern Australia, Fiji and British Columbia, French Indochina, the American Philippines and the Dutch East Indies, it delves into the intimate relationships between European and American colonists and their servants. The book explores the lives of 'houseboys', cooks and gardeners in the colonial home, considers the bell-boys and waiters in the grand colonial hotels, and follows the stewards and cabin-boys on steamships travelling across the Indian and Pacific Oceans. 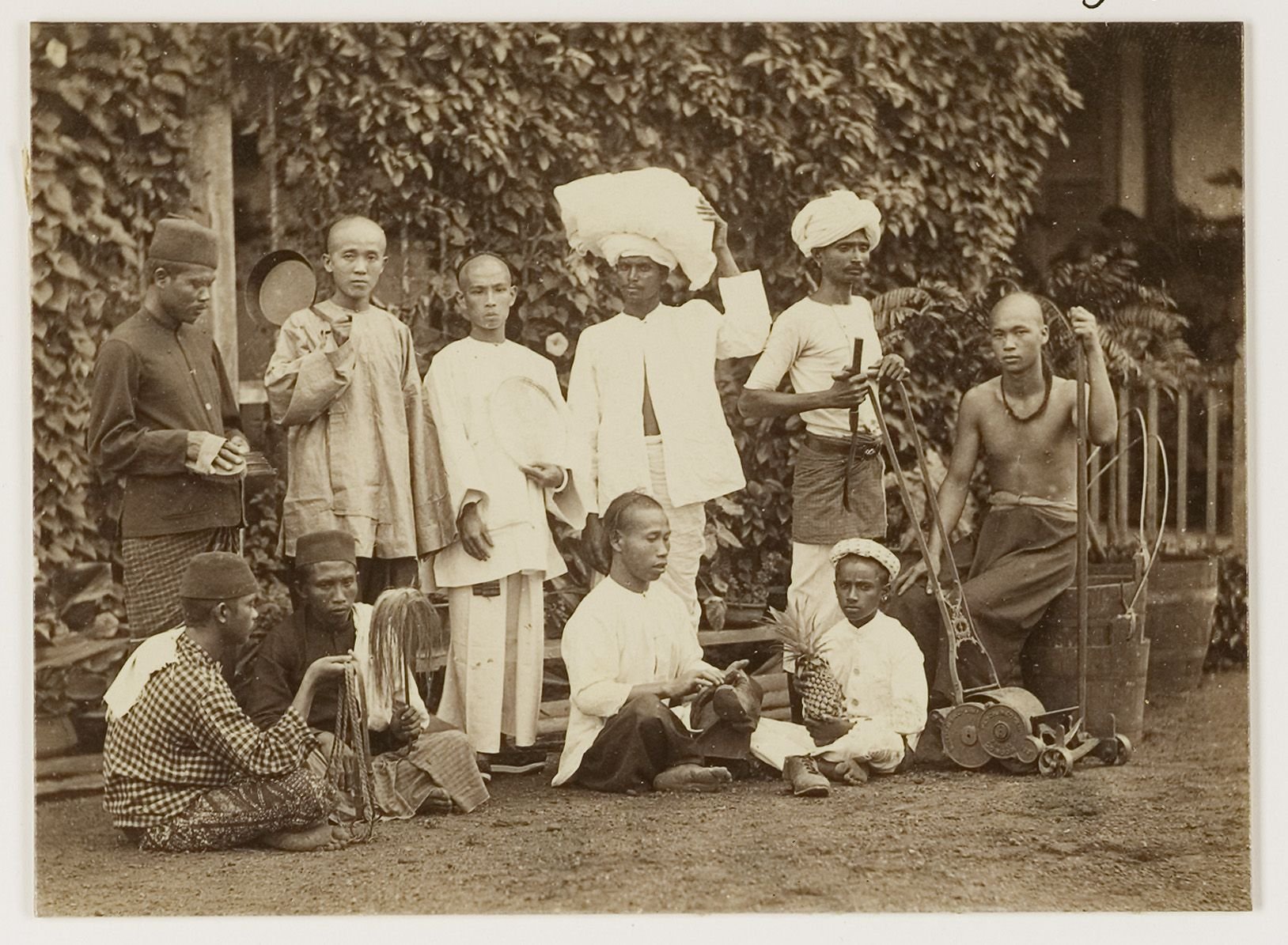 Caption: Ten domestic workers of various ethnic origins, each with an object related to their job, Singapore, circa 1900. University of Leiden, Royal Netherlands Institute of Southeast Asian and Caribbean Studies, 29190

Professor Haskins says that one of the main findings of the study is a common theme of self-assertion from the houseboys towards their masters.

“Throughout the book, we present accounts that show these domestic servants resisted exploitation by their employers and attempts to prevent them from living a full human life,” Dr Haskins said.

“We found considerable evidence of male household workers being very active in their own lives and standing up for and asserting themselves. We document many acts of assertion and defiance both in the home and in the public sphere.”

“Another key emphasis in the book is the transcolonial mobility and racialisation of domestic service and reproductive labour, that is, labour that allows production to happen, such as cooking and cleaning. The demand for that kind of labour for colonialism made many people very mobile, and generated dynamic cultural exchanges,” Professor Haskins said. 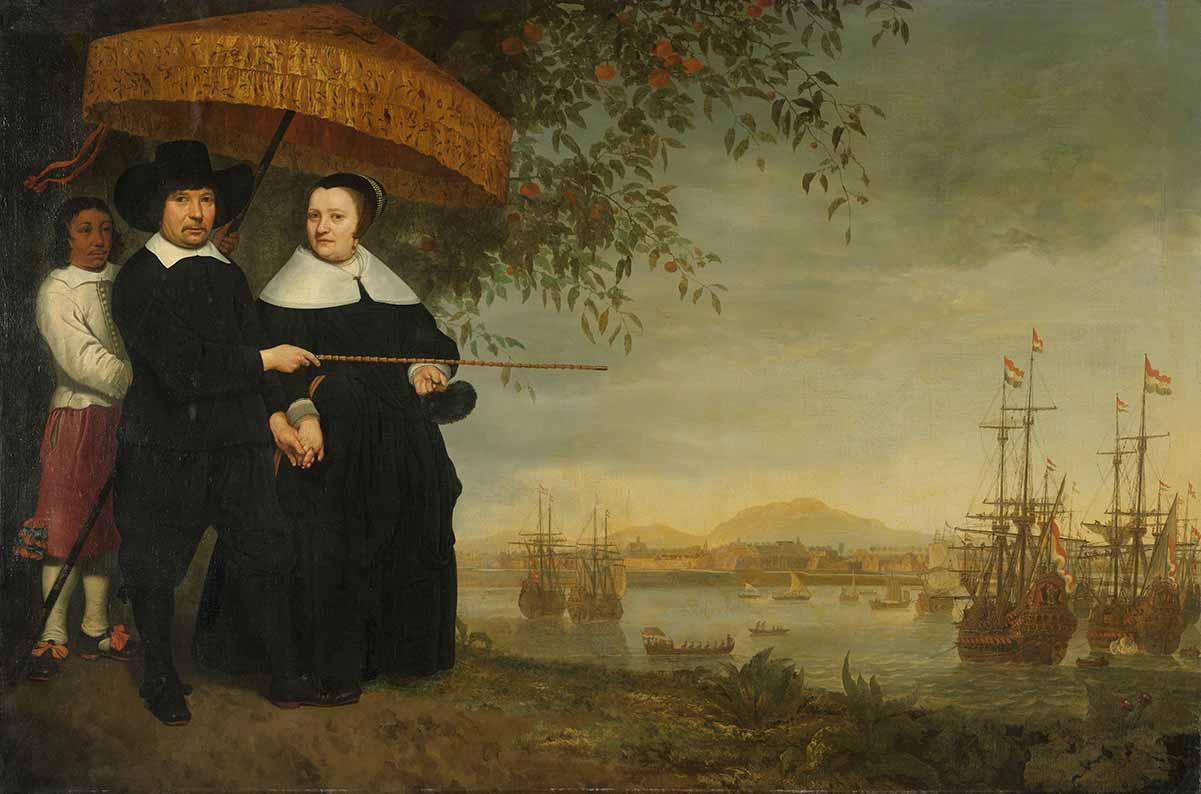 Across the Asia Pacific in the late nineteenth century, male domestic servants were the emblem of colonialist power, luxury and prestige. However, the houseboys’ lowly status meant that there is very little direct historical information about them.

“There are few historical records in the voice of the men who worked in service themselves, so as researchers we are obliged to rely on sources written about them, and from the perspective of their employers. We looked at court cases, photographs and other representations of them, and government archives,” Professor Haskins said.

Each chapter in the book deals with a different theme and scope. The first chapter, ‘Creating the Houseboy: Early Asian influences on European cultures of domestic service’ (PDF 248KB) (Bloomsbury), looks at the historical roots of male domestic service and cross-cultural influences between Europe and Asia. The second chapter, on ‘Indigenous Houseboys and Asian Ideals in Darwin and Suva’ builds upon Professor Haskins’ longstanding research interest in Aboriginal domestic service.

“The story of Aboriginal men working as domestic servants is a very little known history. I have come across some really fascinating stories of Aboriginal male servants working as child carers, including an account of an Aboriginal man who looked after a young boy in central Australia, but was not permitted to touch the boy with his hands at all, so had a little stick to shepherd the toddler about with.,” Professor Haskins said. She has written a short blog for the Northern Territory historical archives on the subject, ‘Houseboys in Darwin’, and would welcome hearing from any readers with information or stories to share.

The book is unusual for a historical monograph in being co-authored by four researchers, pictured below. Haskins says that the collaboration was an excellent experience. “The four of us would meet up in Sydney and workshop the book, and talk about how it would look in terms of chapters as well as content. Each chapter had two “lead” authors working on it. We would swap our drafts back and forth to get it right, then when it was starting to come together, give it to the other two authors to go over it. Our aim was to give the book a streamlined, unified voice.”

Colonialism and Male Domestic Service was launched in Sydney at the end of February. In launching the book, Bicentennial Professor of Australia History at Sydney University, Professor Penny Russell said:

“Against the depiction of the male domestic servant as almost devoid or personality or agency, the authors present a poignant and surprising history of difference, diversity, tension and negotiation … Domestic service, this book compellingly shows, allowed for greater intimacy and potential for transgression than other sites of employment that are more commonly analysed. And – most surprisingly of all – male servants were a visible presence in the labour and political movements that in the early twentieth century challenged and subverted colonial rule.”

As a follow-up to the book, Professor Haskins has just submitted an ARC Discovery Project application, to work with Dr Claire Lowrie and Associate Professor Swapna Banerjee, a historian from Brooklyn College, City University of New York, on travelling Ayahsand Amahs– female domestic workers from India and China.

“These women were the first global domestic workers,” Professor Haskins said. “They were extraordinarily mobile, and travelled far around the empire with families, looking after children, but their history, like that of the ‘houseboys’, is largely forgotten.”