Some Rocky Socket is a project that brings to light the artist's and her family's sea-faring history. Mansfield, who worked as a sailor between 1996-1999, has created with Some Rocky Socket a body of work about her Grandfather, who was a Captain in the British Navy dismantling ocean mines post-WWII, and in later years, designing sea craft. 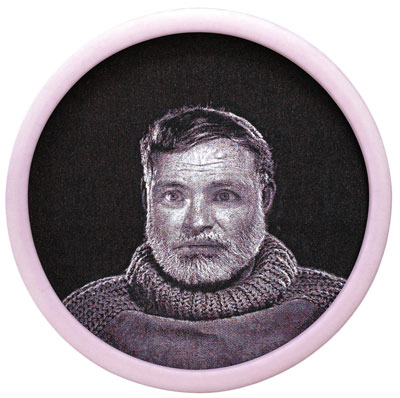 Using photographs from the family archive, Mansfield has crafted three hand-woven photo-tapestries, replicating an ocean-mine being destroyed/detonated at sea, a portrait of her Grandfather (who bears a striking resemblance to the artist herself), and a design for a submarine launched MiG-25 Foxbat - a fantastical idea that did not get realised until well after the Captain's death.Some Rocky Socketcontinues the Mansfield's research into island and ocean geographies – as a way of investigating the nature of boundaries and exploratory travel. 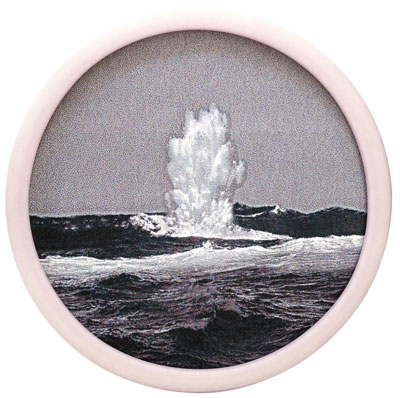