Associate Professor Wayne Reynolds, from the School of Humanities and Social Science, has collaborated with the Department of Foreign Affairs and Trade (DFAT) to deliver a new book that draws on unpublished records from the National Archives of Australia to document the negotiation of the Nuclear Non-Proliferation Treaty from an Australian perspective.

An expert on the history of Australian foreign and defence policies with an emphasis on developments since 1939, Associate Professor Reynolds has published internationally on nuclear weapons and wrote Australia's Bid for the Atomic Bomb in 2000. The DFAT project arose from this work.

He has now co-edited the latest volume in DFAT's Documents on Australian Policy series: Australia and the Nuclear Non-Proliferation Treaty, 1945-1974. 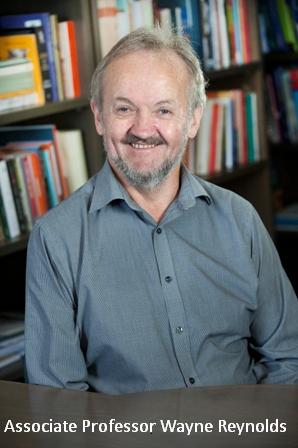 Commencing in 1945 with early post-war efforts to control nuclear energy following the dropping of atomic bombs on Hiroshima and Nagasaki, Associate Professor Reynolds says the volume traces Australia's changing attitude to the issue of nuclear arms control and disarmament during the Cold War years of the 1950s and 1960s and its ambiguous approach to the acquisition of nuclear weapons in the subsequent negotiation of the NPT.

"While the Department of External Affairs (DEA) led the debate in Canberra favouring Australian signature and ratification of the treaty, other agencies strongly believed that Australia should develop a defensive nuclear capability and therefore had reservations about committing to the NPT. The DEA view won out," Associate Professor Reynolds said.

"Signed by the Australian government in 1970 and ratified in 1973, the NPT has formed a fundamental plank in Australian attitudes and policies towards international efforts to reduce and eventually eliminate nuclear weapons," Associate Professor Reynolds said.

"The most interesting thing I found while editing this book was the process of having documents declassified – and on some occasions having documents re-classified.  There were cases where we couldn't even find the file lists themselves, including the mysterious Defence Atomic Developments Sub-Committee. The clearing of the material involved several layers of vetting – notably by the International Security Division of the Department of Foreign Affairs and Trade and DFAT's editorial board," Associate Professor Reynolds said.

Associate Professor Reynolds said it's important to have an official record of historical events like this since it gives a mature insight into the many issues surrounding why nations see advantages in the possessions of nuclear weapons.

"Australia has been the subject of international attention, most recently in the United States, along with a number of other nations that had nuclear weapons ambitions in the past and could conceivably revisit such choices in the future if the Non-Proliferation Treaty fails," Associate Professor Reynolds said.

"It's therefore important to study realistically the factors that might influence such a choice. Today some forty four countries are in a position to make such a choice."

Through the development of a framework for collaboration, the Cluster aims to create an environment where new opportunities for innovative solutions and research breakthroughs can be generated and translated into practise for the benefit of the defence sector and its personnel.