All teams competed in three preliminary rounds of competition against a variety of law students from Australia, New Zealand and Asia.

Following the preliminary round of competition, the mooting team of Joan, Katrina and Daniel broke through to the quarter final of the competition.

In the quarter final the team were required to moot a problem question on an obscure area of Western Australian mining legislation and successfully beat a team from Auckland University to progress through to the semi final.

The team competed against Sydney University in the Semi Final and won. It should be noted that the Sydney team was made up of two very well known student mooters who had both competed at the Jessup competition internationally. To be able to say that the Newcastle mooting team defeated this team is a testament to their advocacy and legal research skills.

The Grand Final was presided over by His Honour Chief Justice French of the High Court of Australia. The team handled a number of challenging questions from the panel on the area of Administrative Law and demonstrated a thorough understanding of their submissions and the applicable law.

At the Closing Gala of the ALSA Conference the team were declared the Runners Up of the National Competition.

As the heads of our delegation, UNLSA Vice President Amanda Dixon and Clare Griffis were very proud of the efforts of all who competed and pleased to see the support that was extended to their team mates across the week. 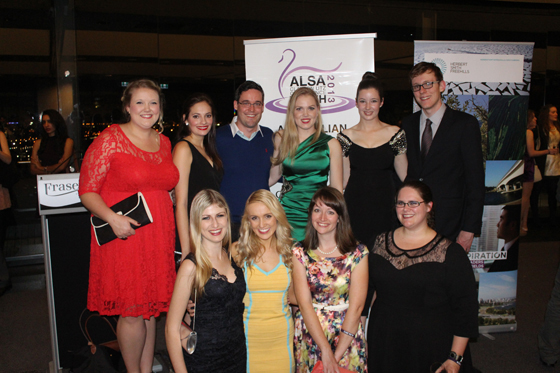