Tandin Wangmo is currently the Head of Office and the National Project Coordinator for the Regional Office of South Asia, United Nations Office on Drugs and Crime (UNODC), working out of Bhutan.

Her focus is leading an anti-human trafficking program that strengthens mechanisms and policies related to Trafficking in Persons. By lobbying the government to bring about changes in national laws, Tandin’s team works toward reducing and preventing this trade.

Tandin was able to further her career after being award a government scholarship that saw her come to Australia to study a Masters of Educational Studies at the University of Newcastle. It was an experience that she found to be immeasurable valuable. She was able to attend free workshops and seminars that greatly widened her horizons and networked with students from across the world in ways that enriched and widen her perspective. She learned to analyse deeper and look at things from different angles.

Tandin looks back on her time at the University fondly, especially the leafy campus filled with native wildlife and with everything she could ever need, she found it was the perfect place to study. Tandin is proud to have studied at a University that has so many alumni that have contributed to making the world a better place in various fields including architecture, environment, human rights, journalism and music.

Before working with United Nations, Tandin dedicated herself as Executive Director at RENEW (Respect, Educate, Nurture, Empower Women). The only civil society of its kind in Bhutan, RENEW works with families affected by domestic violence. In her role, Tandin changed the focus from "empowering women and young girls" to "empowering families affected by Domestic Violence" to make the services more inclusive of men and children affected by Domestic Violence. RENEW’s work is achieved through partnerships with regional and international organisations, such as International Planned Parent Hood Federation, End Child Prostitution and Trafficking International, and the Royal Government of Bhutan. In 2016, RENEW was conferred a National Merit of Order (Gold) by his Majesty the King of Bhutan, for the organisation's, and Tandin’s, meritorious service to the nation.

Tandin was awarded the Bhutan Women Leadership Award in 2018, from the World Women Leadership Congress and the Alumni Award for National Leadership in2019, from the University of Newcastle. However, her proudest achievement has been the rescue of 145 women from Iraq which was a direct result of her work with the Royal Government of Bhutan. 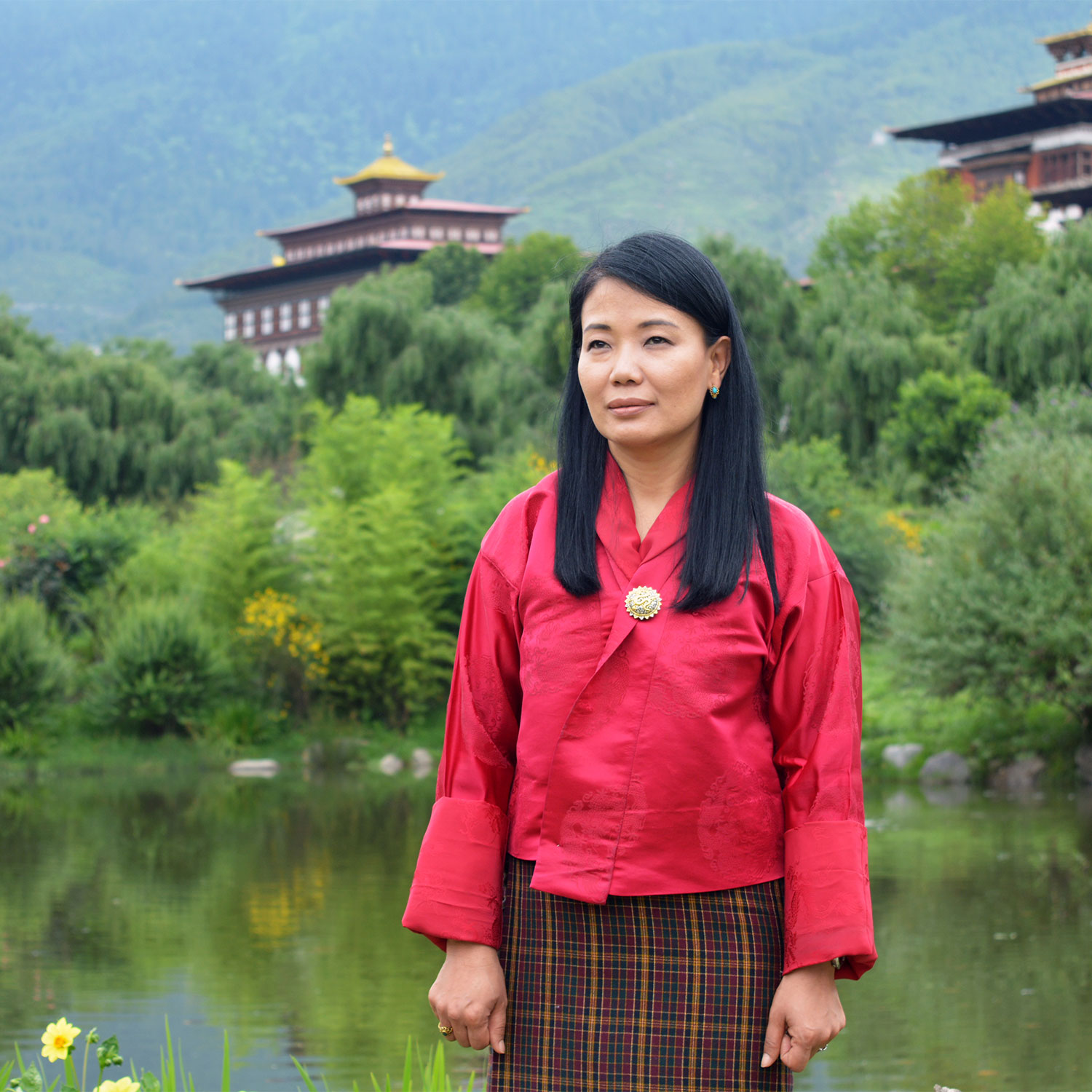 Tandin Wangmo is currently the Head of Office and the National Project Coordinator for the Regional Office of South Asia, United Nations Office on Drugs and Crime (UNODC), working out of Bhutan

I love the University of Newcastle because it inspires its student to be the best version of themselves!