Ngoc Bao Ngan Huynh wants to solve the world’s problems and believes engineering is the best way to do it.

Inspired by her father who is a civil engineer in her native Vietnam, Ngan Huynh has long been interested in a career as an engineer.

After researching engineering courses at universities around the world, Ngan Huynh began a Bachelor of Civil Engineering (Honours) at the University of Newcastle in early 2021.

Her decision was made easier when she was awarded Golden Jubilee Commemorative International Scholarship. The scholarship supports academically gifted students by waiving fees for the duration of a full-time undergraduate program with the College of Engineering, Science and Environment.

“University of Newcastle is well-known for its reputation in the engineering community,” Ngan Huynh said.

“As I researched into my civil engineering degree, I found that the courses offered at Newcastle were extremely important towards my overall success in pursuing my dream career.”

Ngan Huynh was no stranger to the University of Newcastle, being a regular visitor when her mother was a student at the Callaghan campus.

She said the City of Newcastle itself was another reason behind her decision to study here.

“I enjoy the peaceful lifestyles in Newcastle, where I can take frequent strolls on the beautiful beaches and coastlines, as well as enjoying picnics with my friends in the parks or on the lookouts.”

For now, Ngan Huynh is focused on her studies, but also enjoys the new friends and networking opportunities provided through activities such as joining the Women in Engineering Club on campus.

“I hope to further become a role model to inspire other passionate females out there, and to prove that engineering is an equitable profession, where people are selected due to their education and hard work and not because of the limitation of their genders.”

Ngan Huynh said being awarded the Golden Jubilee Scholarship has helped her move closer to achieving her life goals.

“Being financial stable allows me further to create a balance between my studying, work and social time. I can now designate more time towards studying and researching as well as interacting with different social groups at the university,” she said.

“This life-changing opportunity also earned me a position in a reputable university where I can gain better academic qualification needed in pursuing both my educational and extracurricular dreams.” 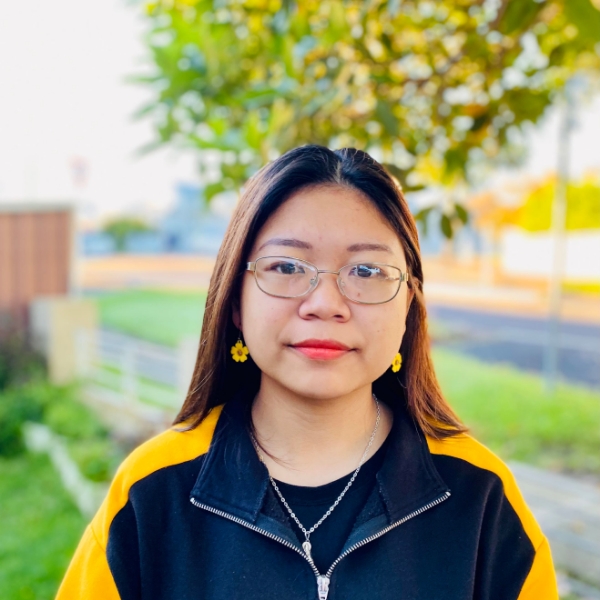 Ngan Huynh said being awarded the Golden Jubilee Scholarship has helped her move closer to achieving her life goals.