Student Highlights
A Tasty Career Ahead

New can be unexpected. When Kim enrolled in Bachelor of Food Science and Human Nutrition, it was with a plan to transfer to a Bachelor of Dietetics after completing her first year.

But Kim was surprised by how fascinating she found the degree content. And with great employment prospects not only in Australia but internationally, she decided to stick with it.

Her decision paid off.

Kim embraced the many opportunities offered through her degree, like access to a purpose-built food science facility at Central Coast (Ourimbah) campus. This included a testing kitchen sponsored by Sara Lee Australia and sensory lab – allowing Kim to advance her knowledge of the product development process and initiate and test her own product concepts.

This real-world, practical experience gave Kim the edge when it came to finding work. She currently leads a successful career in the Research and Development team at Mars on the Central Coast.

“I was originally hired in the factory, but I think during the interview process they recognised that, because of my degree, I could be useful in other areas of the business.

“When a position in Research and Development opened up, my degree helped me transition from the factory into the raw materials role.”

“The degree will be a great base for my career to grow into other positions, such as product development.” 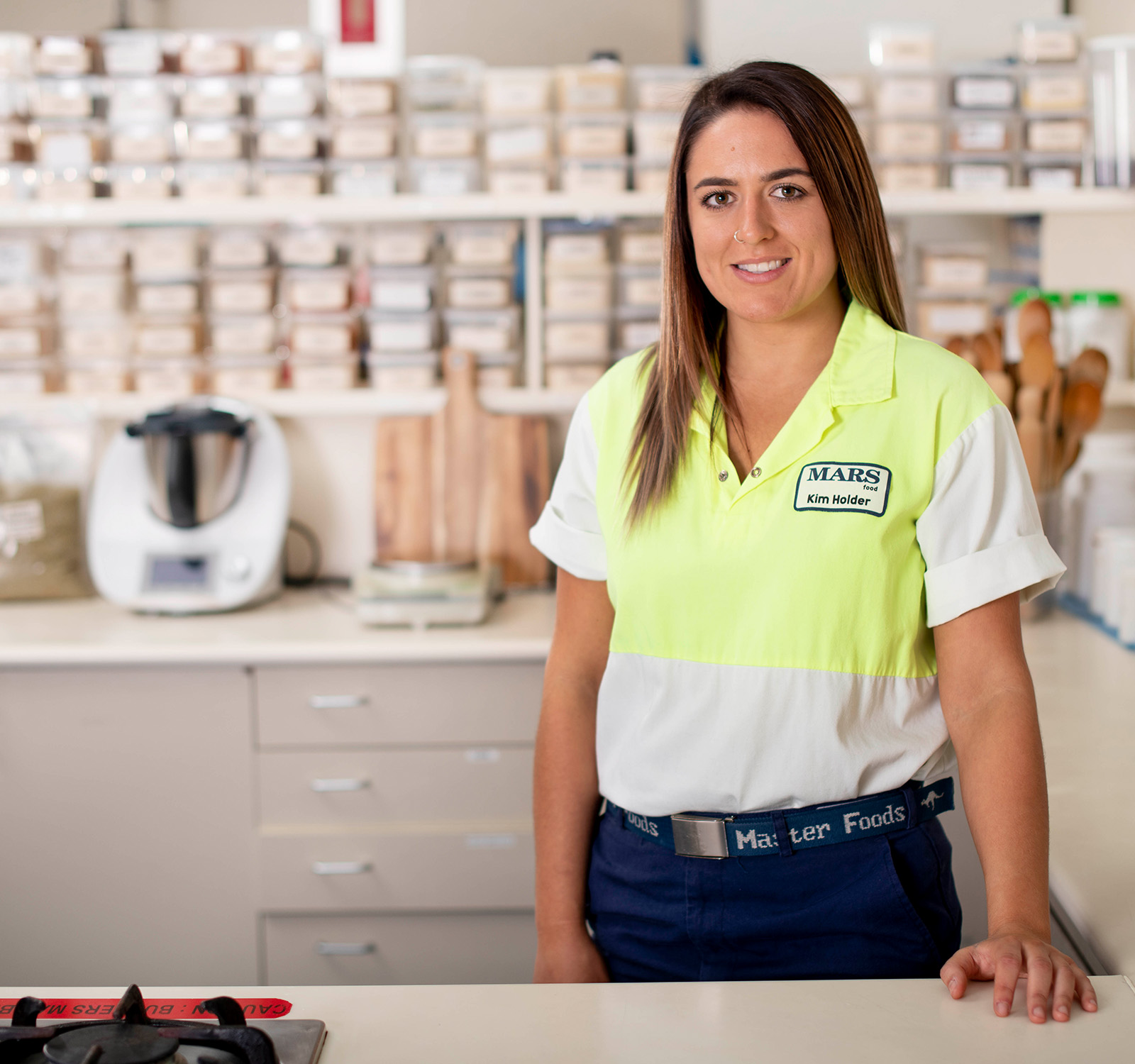 An unexpected degree choice, has opened up new doors with an exciting career for this Food Science and Human Nutrition Graduate.

When a position in Research and Development opened up, my degree helped me transition from the factory into the raw materials role.