Travelling across the globe to attend some of the world’s biggest events sounds like a dream job for most people, and that’s certainly the case for Bachelor of Communication graduate Ben O’Neill.

When the opportunity to work at the 2018 FIFA World Cup in Russia as the Media Officer of the Socceroos presented itself, Ben’s dreams had become reality. A long-time football enthusiast, his passion for the sport and expertise in communication will now feature at one of the year’s most watched events.

“Going to the World Cup will 100 per cent be my career highlight so far,” he explained. “It’s the culmination of about 10 years of effort, and it was my number one career goal to work for Australia at a World Cup, so it’s exciting that it’s about to come to fruition.”

“It feels like the last 10 years have been long, but all the sacrifices along the way have led to this moment. So, I couldn’t be happier.”

Working unusual hours and spending time away from family and friends are often part of the life of a sports media professional. It’s a fact Ben has learned to manage in his extraordinary journey so far.

During his time as a student, Ben started his career as an intern at A-League team the Newcastle Jets, helping to write content and support a variety of media activities.

Upon graduation, he used the network of industry contacts he had made to secure full-time roles in media management in Newcastle and the Central Coast. Three consecutive Asian Football Confederation Champions League campaigns and an A-League Grand Final later, the Socceroos came calling ahead of the World Cup.

“I didn’t know when I started at the University of Newcastle that this is how things would unfold, but along the way I met people like my lecturer at the time, Paul Scott, who introduced me to the Media Manager at the Newcastle Jets, and he then introduced me to other people.”

“So, the main thing, beyond the degree, is the people you meet along the way who will guide you in the right direction.”

“My advice to those thinking about pursuing their dreams is that you never know what’s out there.” 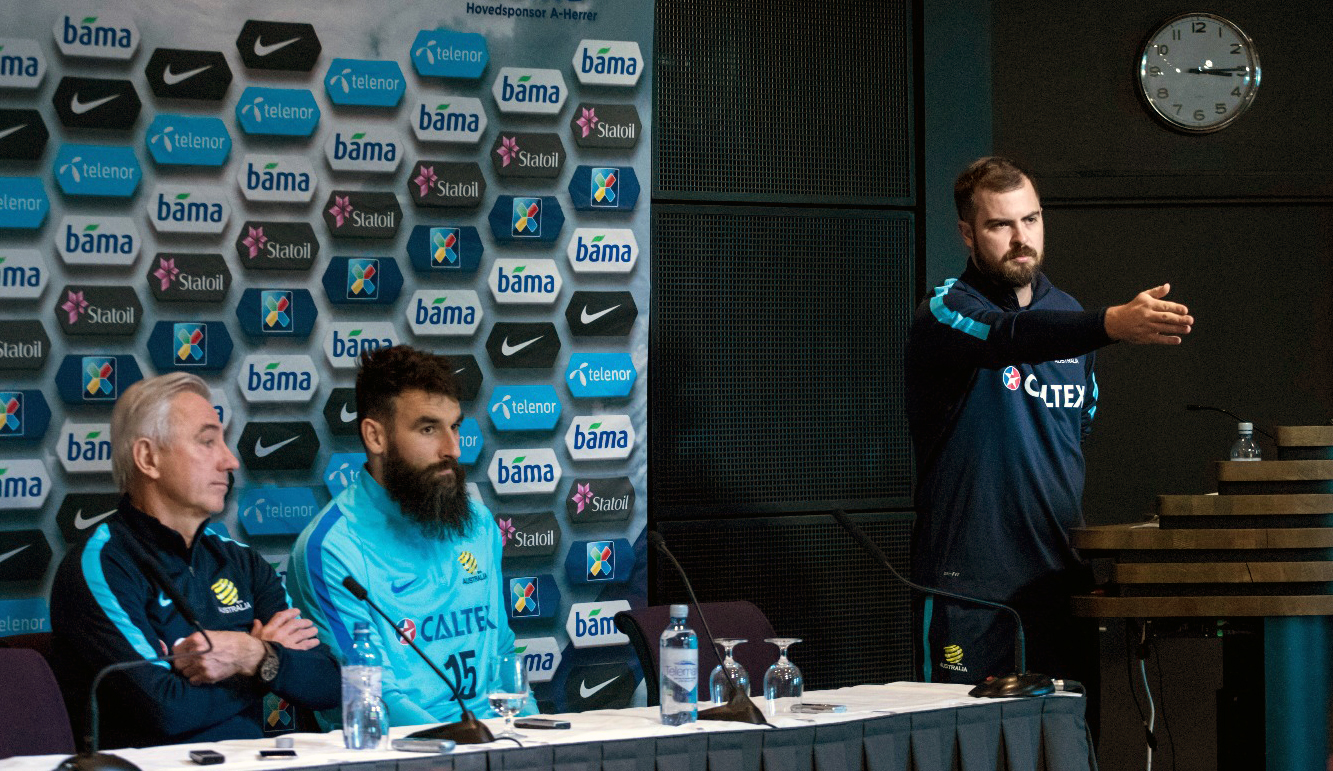 “To be honest, I had no clue that this is the sort of role that I would get into in the future. From the day that I started the degree, my mind changed significantly as to what I wanted to do. You just enter your degree with an open mind and then, as you go, opportunities will help shape your dreams and where you end up.”

Those opportunities for Ben first emerged after gaining practical experience during his time as a student.

His range of communications skills and experience have now taken him to the pinnacle of his field while following his passion.

“The Communication degree, when I did it at the University of Newcastle, was quite broad, which means you can pick up a lot of different skill sets. It also lets you get a lot of varied experience, so you get a taste for many different areas. As you start to recognise the ones you’re in love with, you can then pursue a more specific field,” Ben said.