Working on the front line

Professor John Wiggers is working at the forefront of health behaviour research, and he’s doing so alongside health care providers to ensure that his work is put to good use. 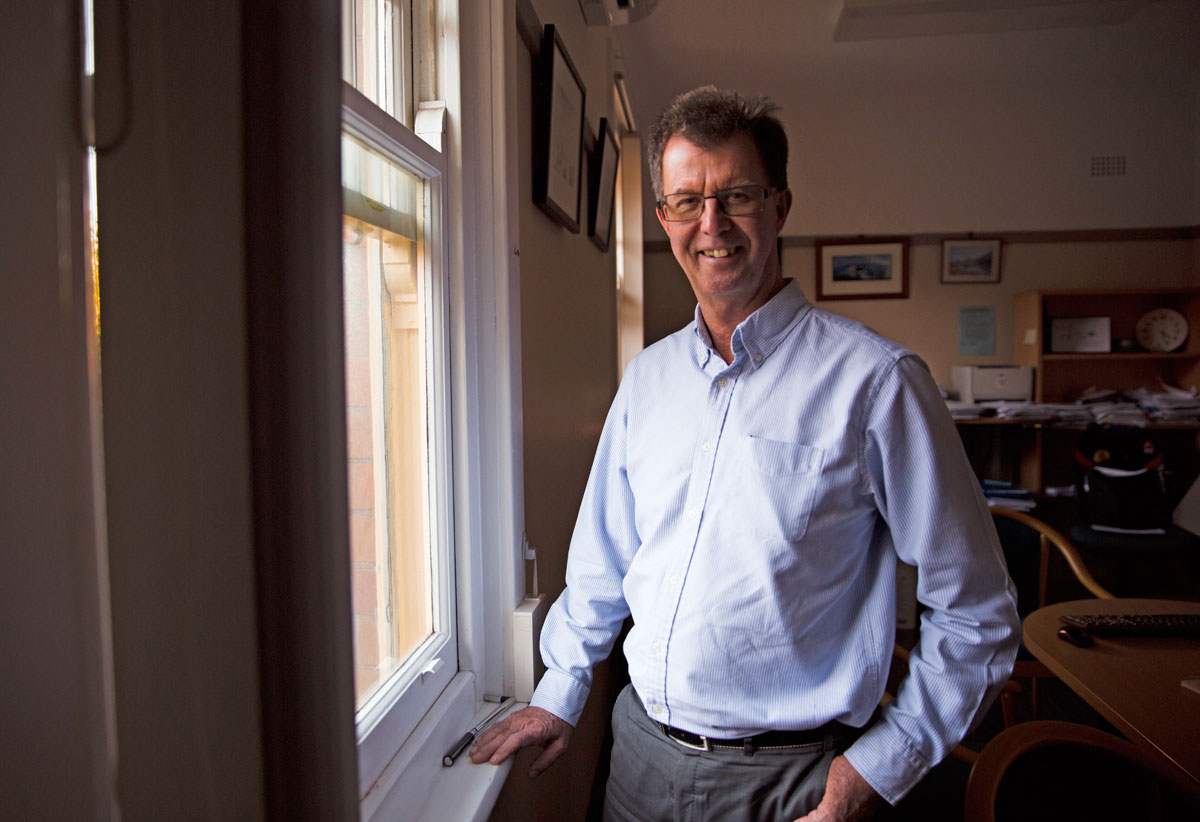 “All of our research is informed by what service providers – and the community – need. They each have specific problems and challenges, and we are working to solve those problems."

“If we can develop a successful solution, we can then work to implement it into everyday practice.”

Having conducted his PhD in Behavioural Medicine John has focused his research on preventing chronic diseases and injury through targeting smoking, alcohol consumption and promoting healthy eating and physical activity.

As well as his research within the University of Newcastle, John is well placed to make change as Director of Hunter New England (HNE) Population Health. He works with researchers and staff from across the region, from Newcastle to the Queensland border, on a daily basis.

“We have a team of over 100 staff working to deliver population health services to the 800,000 people living in our region.”

John has also held a previous role as the Acting Director of Population Health for the state of NSW. He maintains his policy connections and sits on a number of  advisory boards and committees, and is proud of his continuing role in helping to inform and implement health policy across the state.

“The government makes the policies and the health system puts them into place. In my current position, I have the privilege of being able to integrate research into both policy and practice."

A feature of his research is its ‘system’ and ‘capacity building’ focus – working with community organisations and services. "In this way we can reach everybody in the HNE region, across the state and nationally.”

“We know we can’t reach everyone in the region unless we enlist the help of intermediary organisations."

Health programs designed under John’s research have been rolled out in health services, schools, child care facilities, sports clubs and even police stations.

“We design together, we implement together, we evaluate together and we write it all up together. We’re building the capacity for these service providers to develop and implement evidence based practice.”

“It becomes a virtuous cycle.”

One of John’s major projects has involved working with schools, childcare providers, GPs, sports clubs, and hospital food suppliers to reduce childhood obesity in our region.

“By doing this we are changing the community settings that kids interact with as part of their daily life. Whenever they interact with these settings, they will always receive a message about eating better and being more active.”

The Good for Kids Good for Life program was implemented in 400 primary schools and 300 childcare centres, and won the 2015 Excellence Award by the Collaboration of Community-based Obesity Prevention Sites.

“That's probably one of my proudest moments."

“We collected objective data regarding kids’ weight and showed we had reduced the prevalence of overweight and obesity in primary school aged children.”

Since 2010, the Good for Kids Good for Life model has been adopted by NSW Health and implemented into a new program (Healthy Children Initiative) which aims to change practise within every school and childcare centre across the state.

An evidence based model of practice

One of John’s major projects which he remembers most fondly is the alcohol linking program.

“We had identified that HNE was experiencing higher rates of risky alcohol consumption, and we had been talking to a number of different community groups and sectors about these problems.

“One of the sectors struggling with this issue was the police force.”

“They indicated they needed a low cost intervention strategy.”

With an NHMRC grant and subsequently, an NGO grant, together with the support of the NSW Police Force, they first undertook  a randomised control trial, and subsequently, based on the success of the trial, implementation of the program across the entire police force. Modifications were made to police intelligence information gathering and the centralised incident reporting system. For each incident, police recorded whether or not the individual had consumed alcohol, and if they had done so in licensed premises.

For the trial, the premises received a report, describing how many of their patrons had been allegedly involved in criminal behaviour.

“We managed to reduce crime coming out of those venues by 15 per cent."

This approach to alcohol policing has since been picked up by the New Zealand Police and South Australia Police.

“Since that initiative, for the past decade or more, we've taken the general model of practice change and implemented it, in a tailored fashion, across a variety of community service providers.”

“It appears our model has generic value and is appropriate for a multitude of scenarios.”