Untangling the web of asthma 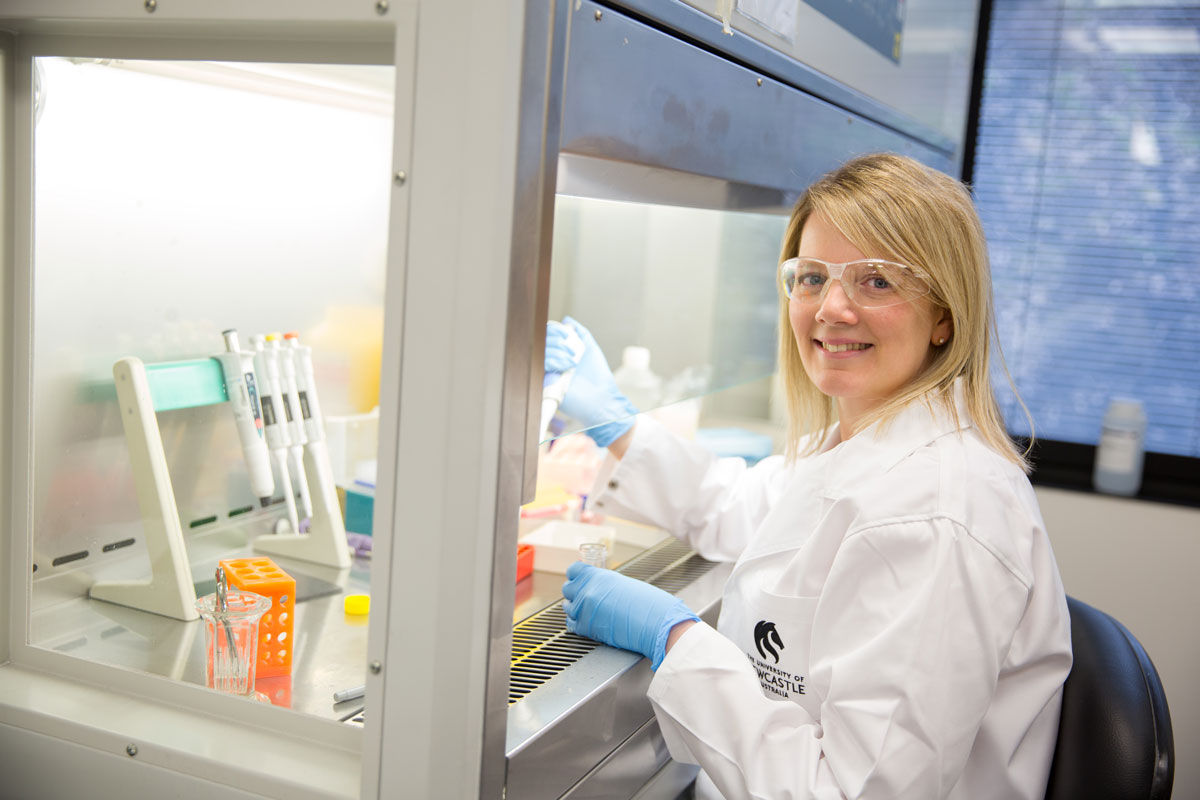 “I work in biomarkers and mechanisms of neutrophilic asthma,” Katie says.

Her research has led to a number of important contributions to the knowledge base particularly the role of neutrophils and gene expression in asthma and chronic obstructive pulmonary disease (COPD).

A major project looking at neutrophilic extracellular traps is about to begin.

Katie is also developing a panel of genes to diagnose and medicate for difference types of asthma, as symptoms can be very similar although caused by different underlying mechanisms.

“We are doing a lot of work to further the six gene biomarkers panel, which show the type of inflammation, obviously with the aim of creating a diagnostic tool,” Katie notes.

“In respiratory research I can explore lab based genetic aspects, but also have access to clinical samples and work on human research. I feel I can have a direct impact on patients by helping improve their health.”

Australia has one of the highest rates of asthma in the world, and traditional treatments are not universally efficacious.

The most common form of asthma is caused by eosinophils, white blood cells created by the immune system to address allergies.

“But at least half of people with asthma do not have these cells in their airways,” Katie says.

Instead, neutrophils, another type of white blood cell created by the immune system, are released into the blood, and find their way to the lungs. When eosinophils or neutrophils become over active or accumulate, they create inflammation in the very area they are trying to protect.

Unfortunately, neutrophilic asthma is less responsive to these medications.

“So currently, a patient needs higher and higher doses although it is not working as well as it should.”

“We want to change that.”

Katie believes that studying neutrophils is the key to better treatment for neutrophilic asthma.

“There are no optimised treatments for neutrophilic asthmatics because we don't know much about the mechanism of neutrophilic inflammation.”

Neutrophils release a meshwork of fibers in a web-like trap called neutrophil extracellular traps (NETs), which are made of the cells’ DNA and other proteins that fight infection.

“These webs are a good thing, they are catching the bugs and doing their job,” Katie says.

“But when they get uncontrolled or they accumulate too much, they can be so inflammatory, and make your mucus really thick and sticky. That would stop you clearing your infection.”

Accordingly, Katie is currently working on a theory that targeting NETs could reduce inflammation in severe asthma.

Pulmozyme, a medication currently used to reduce viscosity of mucus in cystic fibrosis sufferers, will be trialed by Katie to test its ability to breakdown the DNA backbone of NETs.

Originally a molecular biologist, Katie has worked solidly on identifying gene expression biomarkers. By measuring the activity of a panel of six genes, she can pinpoint what type of inflammation a patient has.

“By having this panel, we are hoping to be able to say, okay, you've got this type of inflammation, and this treatment will work best for you,” Katie says.

Katie studied Biomedical Science at the University of Newcastle, as she always had an interest in how the body works and how it is affected in disease.

As an early career researcher, the significance of Katie’s work has been quickly recognised. Throughout her PhD, she received support from The Asthma Foundation of NSW and The Cooperative Research Centre (CRC) for Asthma and Airways.

Since graduating, she has received research fellowships from the Thoracic Society of Australia and New Zealand, National Asthma Council, Xstrata Coal as well as the Australian Lung Foundation.

Katie is co-supervising eight students and is committed to providing a supportive environment for students to grow and learn the skills that will allow them to be successful in their independent research in the future.

Collaborating with others in the field is a priority, and thus Katie is a principal researcher at UON’s Priority Research Centre for Healthy Lungs. Katie also leads a molecular mechanisms group within VIVA (Viruses, Infections/Immunity, Vaccines and Asthma) at HMRI.