Could problems in the gut be the cause of disorders such as anxiety and chronic fatigue? World-leading neurogastroenterologist Laureate Professor Nicholas Talley believes so, with his research showing that the causes of many diseases may lie in the stomach. 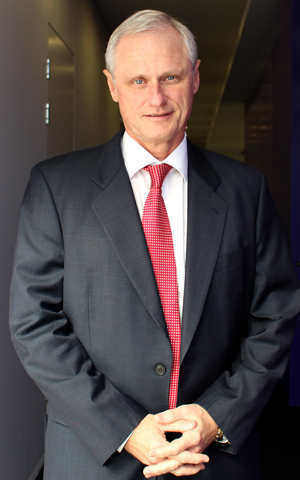 With a number of world-firsts and achievements in gastroenterological research, the Pro Vice-Chancellor, Global Research at the University of Newcastle believes each of his discoveries together paint a hypothesis for gut disorders and general health.

Professor Talley, who is also past president of the Royal Australasian College of Physicians (2014-2016), said this research provides a paradigm shift in the causes of a number of diseases.

"Millions of people suffer from unidentified gut diseases worldwide, with some of these disorders affecting 10 to 20 per cent of the population. It is awful for these people and, in many cases, heavily impacts on their professional and personal lives," Professor Talley said.

"Our discoveries which have ranged from being the first to discover a genetic mutation in a subset of Irritable Bowel Syndrome (IBS) to a pathological link between bacteria and functional dyspepsia are helping explain the unexplained.  What is most interesting is what this research is also showing us about other disorders," he said.

Professor Talley and his team are investigating cytokine profiling through a National Health and Medical Research Council grant and said that answers to many diseases lies in this research.

The gut is one of the body's first lines of defence. Germs and or foods are critically important in how effective the gut lining is in protecting the body.

"Research is supporting our theory that food allergies and infection drive holes in that lining which turns on the immune system, fires up the cytokines, turning on inflammatory white blood cells called eosinophils which then manifest into disease," he said.

"If we are right, we can turn down the immune system a little bit, turn off the cytokines, and cure many diseases."

Talley's theory provides a paradigm shift in thinking and is already influencing other disease models with research data indicating that the gut could also be the cause of skin disorders, like psoriasis and dermatitis.

Listing over 1,000 publications and receiving more than $10 million in grants, Professor Talley's expertise has seen him receive numerous awards and accolades, including the 2014 American Gastroenterological Association Distinguished Educator Award. Professor Talley is also the author of the highly regarded textbooks Clinical Examination and Examination Medicine with Dr Simon O'Connor.

An academic clinician, researcher and scientist, Professor Talley has built a growing reputation of excellence for gastroenterology research at the University of Newcastle and the Hunter Medical Research Institute.

"We have been able to prove that inflammation in the gut is an important activator for disease, a fact that is now becoming well accepted but certainly was not when we started this work," he said.

The discovery of duodenal eosinophilia was a critical breakthrough and Professor Talley and his team are now testing a novel therapeutic strategy that could provide a new treatment.

During his time as Chair of the Department of Internal Medicine at the prestigious Mayo Clinic in America, Professor Talley also led a team that for the first time discovered a genetic mutation that causes a subset of IBS.

Professor Talley has also identified a main cause of IBS, showing that a bacteria previously thought to be a 'nothing' bacteria with no pathological or symptom link, was in fact more than three times likely to be found in people with IBS.

The colonic spirochaete is a large bacterium that sits along the surface of the cells of the bowel and Professor Talley has also identified a link between the spirochaete and eosinophils.