An anatomical pathologists' insight into health

With an intense insight into pathology, Professor Marjorie Walker’s work explores several facets: pathology in the gut in dyspepsia and irritable bowel syndrome, the relationship between brain and gut health in gastroenterology, coeliac disease and also unique biomarkers in prostate cancer. 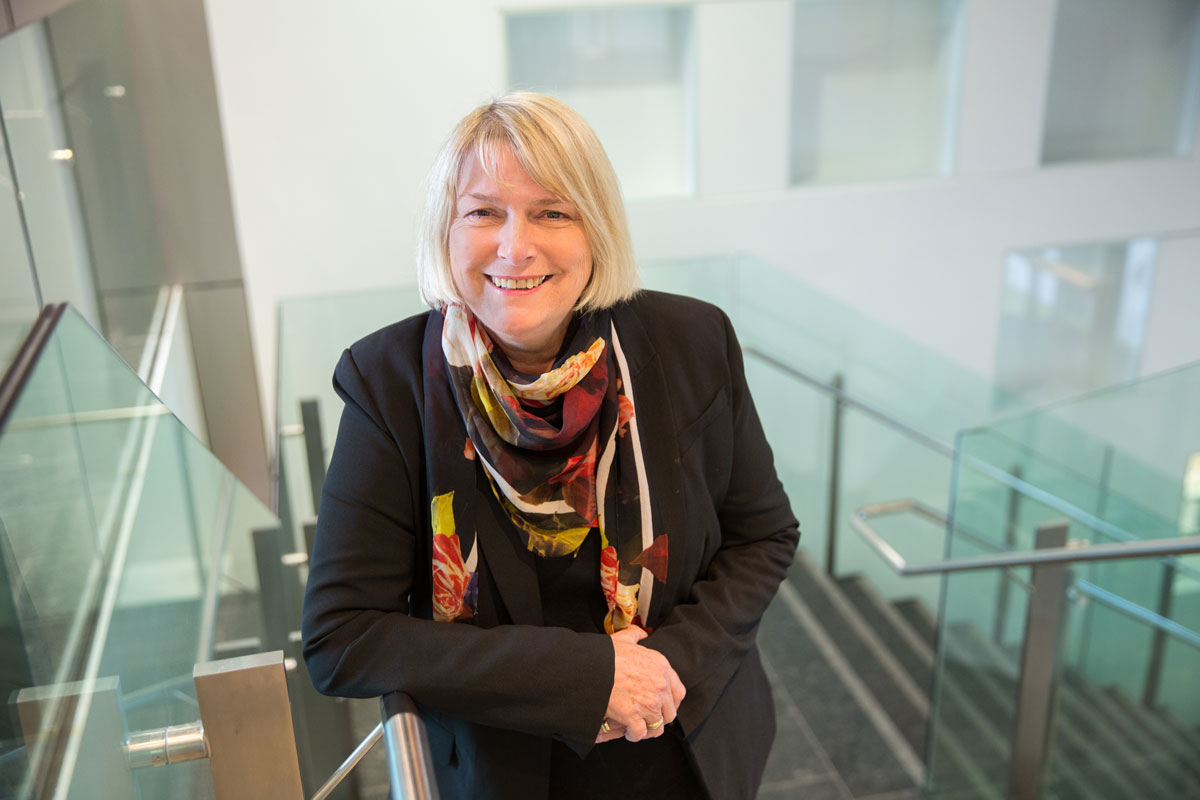 As an anatomical pathologist, Marjorie is the person who traditionally looks down the microscope and diagnoses biopsies to assess normal, inflammatory or cancerous specimens. This vital role is a buffer between the patient and clinician, dealing directly with doctors rather than patients. Marjorie explains that the role is more of a doctor’s doctor – making a diagnosis that the doctor then explains to the patient.

Studying medicine in the UK at the University of Nottingham, Marjorie took a turn on a fortuitous path to anatomic pathology from general practice. Facing a two month gap between the completion of study and commencing General Practice, and not wanting to be idle, Marjorie approached the pathology department to see if there were any jobs available. Marjorie’s honours year study in pathology led to an appointment as a temporary lecturer; teaching and researching in pathology. “Halfway through the term I thought to myself, ‘I actually really like this’ and realised that I didn’t particularly want to go into General Practice. I wanted to stay looking down the microscope and looking after patients that way. I also really enjoyed the teaching side of academia, which is why I’ve stayed halftime academic and halftime diagnostic pathologist,” Marjorie adds.

Here at the University of Newcastle, Marjorie is co director of the Priority Research Centre for Digestive Health and Neurogastrogenterology with Laureate Professor Nick Talley.

At some point in their lives, roughly twenty to twenty five per cent of Australians will have a functional GI disorder: either irritable bowel disorder or functional dyspepsia or both. Within the Priority Research Centre for Digestive Health and Neurogastroenterology Marjorie and an innovative team of researchers are working hard to look at the pathology behind those conditions.

“With treatment options we know that Cognitive Behavioural Therapy is very effective in some people, particularly those with irritable bowel syndrome. However in those patients, not everybody responds, so what we need to do now is to look to see if those who don’t respond – which way around are they – gut to anxiety or anxiety to gut? That’s work that we’re doing across the country, collaborating with researchers across the east coast,” Marjorie explains.

Marjorie’s primary area of interest is in gastroenterology, looking at functional diseases. “These diseases are called ‘functional’ because they don’t have so-called ‘pathology’ and it’s difficult to understand why people have pain if they don’t have pathology. So we’ve decided to look very carefully at some of the outer reaches of pathology, particularly innate-immunity (such as allergy) and what we found in a large series of studies is that patients with functional GI disease (functional dyspepsia and IBS) have got an innate immune problem which we’re now trying to address with treatment. We have found an asthma like reaction in the duodenum (which connects the stomach to the intestine) in dyspepsia.

The treatment involved is a type of anti-asthma treatment. “We’re doing a trial at the moment where we’re ‘damping down the eosinophils’ (a type of white blood cell) in the duodenum using a slow-release steroid which is really poorly absorbed, so people don’t get steroid side-effects. However, they do get the local effects of the steroid shutting down the eosinophils which is what we think is causing the damage and the pain.” In IBS we have found a bug (colonic spirochaetosis) in a small proportion of those with IBS, which is exciting as these respond to antibiotic treatment.

The work in this PRC will have an enormous impact on the health of our nation. These GI conditions may not be terminal conditions, but they do impact seriously upon people’s life. “Giving people a happier life makes for a happier and more productive nation,” Marjorie concludes.

Looking into biomarkers for prostate cancer

The other side of Marjorie’s research involves looking at biomarkers for prostate cancer, another aspect of anatomical pathology. “The molecular people find clever things such as expression of a protein, and they find that in a lab when they look at levels of protein in a test tube. But what we really need to know is what’s going on in the tissues, so I act as the bridge between the lab and the clinician. So if we look at a piece of tissue, we try to discover how much of this protein is being expressed and in what cells and which disease.”

“I’ve been working with Professor Hubert Hondermarck on a very exciting neurotrophic factor called proNGF which is over-expressed in really bad prostate cancers. We’re now looking at circulating proNGF and we’re looking at expression in a whole range of cancers to see if we can use it as a biomarker to tell whether this is a particularly bad cancer,” Marjorie explains.

One of the problems with prostate cancer is that it’s extremely common – in fact a high proportion of men over 70 will be impacted by prostate cancer. However, some of these cancers are very slow growing, and may not be life-threatening. So how do we know if a cancer’s one to worry about?  “As one of my colleagues at Imperial College, London used to say ‘We need to find the tigers amongst the pussycats’.” Marjorie says.

“What I try to do with prostate cancers is to suss out the tigers, and we think we’ve found a way to do that and we’re currently working on refining the method at the University of Newcastle. We’re making great strides and we’re being recognised as the only people to be working in this field in Australia,” Marjorie concludes.

Marjorie is adamant that research is not about being isolated, but is about working in collaboration with people around the country and also internationally.

“With my gastroenterology research we have a nationwide collaboration with the Australian Gastrointestinal Research Alliance (AGIRA), and with Laureate Professor Nick Talley and we collaborate with an array of teams in Sweden, in the US and in Europe - it’s a global connection.”

Marjorie also has an interest in coeliac disease and has produced guidelines in conjunction with other coeliac researchers so that health practitioners have a concerted way of looking at patients and dealing with them. “Guidelines are produced by evidence, and evidence-based medicine is the best way to practice medicine,” Marjorie explains.

For example, helping people living with coeliac make the difficult transition from being an adolescent with coeliac to an adult with coeliac is one area that Marjorie has recently helped to produce guidelines for.

“We’ve also recently completed a large study looking at the prevalence of coeliac disease in the Hunter Valley, and we’re now just trying to unravel what the condition is. One in three Australians do not consume gluten now, which makes diagnosis even more difficult as the duodenum will look normal if a person’s not consuming gluten and deciding if coeliac disease is a true diagnosis really requires a gluten challenge,” Marjorie says.