A question of research

Dr Meredith Tavener’s qualitative research work delves into the why and the how of health behaviour in order to help effect positive change. 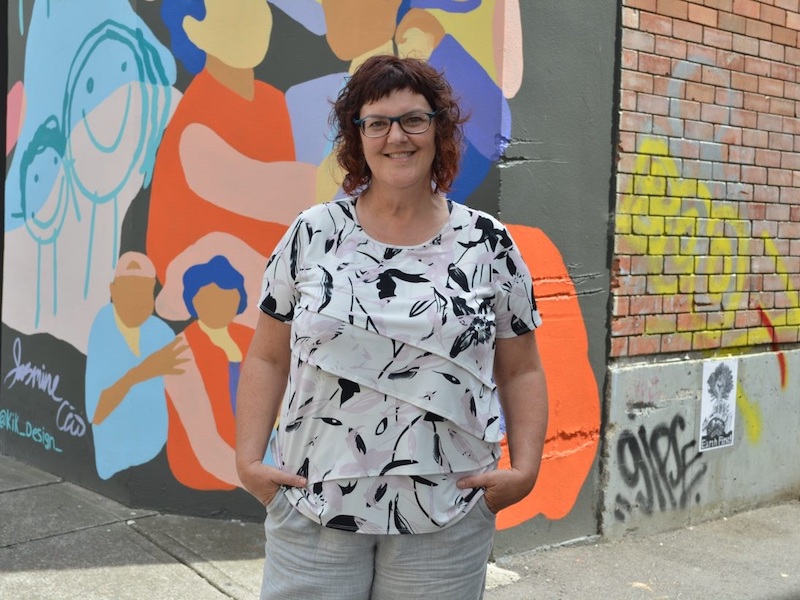 “Everyone’s got a story, and it’s my job to share that story,” Meredith says. A qualitative researcher, Meredith asks the open-ended questions that place context around a person’s health behaviours and give us greater understanding into what people do, and don’t do, when it comes to their health… and why that might be.

While quantitative data gives us the hard facts and figures that demonstrate how many people may be impacted by a health condition, qualitative research provides the context. “Qualitative research does focus on an individual,” Meredith says. “And it provides extremely rich data in its own right. It’s seeking to understand how people feel and how they experience something.”

“We have to remember that the person is at the heart of every health intervention. They’re not a passive part of it, and they will bounce things back at that intervention,” Meredith explains. “So it’s really important to understand how they might feel about someone coming into their home, or how they make decisions about taking that medication, or to practice that rehabilitation exercise.”

Meredith is adamant that if you’re conducting research that involves people, then you should be talking with people. And when it comes to how people are referred to, words matter. “I am mindful of not saying patient, I won’t say client and I won’t say customer because all these words can be quite passive, and indicate something being done ‘to you’ or ‘on you’.”

Putting people at the centre of research

Meredith’s work spreads across different research teams at the University, HMRI, different organisations within Australia and internationally. Working with people living with conditions as diverse as stroke, cancer and chronic disease, Meredith works with clinicians, researchers and not for profit organisations who want questions answered around their health research, and want to build their qualitative research capacity.

“Person-centred care is the perfect combination of implementing research - it’s with people, so let’s go find out what works for them,” Meredith says. “It’s people who are the experts, and that’s really important to acknowledge and get used to. So it’s not about you, the clinician or the nurse – it’s all about the person you’re speaking with. You are prioritising the person.”

Meredith has a diverse research background, which serves her well in the work she does. “I’m a bit of an ‘ologist’,” she says. “My first degree was in exercise physiology, then I went into health promotion and epidemiology, and then social gerontology for my PhD.”

“I come from a mixed methods platform and now I’m predominantly a qualitative researcher,” Meredith adds.  “I’m very privileged in what I do and I’m very grateful to the people who share their time with me, and their lives with me. It’s not all belly laughs: there’s also tears and very, very sad stories. But you are literally holding someone’s space and if they trust you enough to be there then you stay, you listen and you work with what they give you.”

Part of the challenge of the work that Meredith does is when someone tells you something completely different to what you’re expecting. “Because I’ve been doing this a long time I’m okay with it,” Meredith says. “It sits a lot more easily with me because I know working qualitatively isn’t always a lovely, linear process from the idea or problem being explored, the research question and to the data. There are assumptions, risks, and some things may leave you completely stumped.”

“If the researcher thinks they’re the only expert in something then they’ll need to sit with some ambiguity and discomfort because it may not go the way that they want,” Meredith adds. “You may have things that you want to ask someone about, but your questions may be answered in terms of what the person wants to share with you, and the importance they ascribe to that.”

It’s all about the why

Qualitative work means diving deeper than a tick of a box on a survey to help truly understand a person’s health behavior. “For example, if you ask people about receiving support, they might  say ‘yes, they’d like to join a support group’ but what we want to know is what part of being in a certain support group makes them feel safer, where they find value and what makes them come back to seek help.”

“Go and talk to people who have gone to such groups and ask them what resonated with them – perhaps we just conduct these groups thinking we know what’s right, when it’s not.”

How do we delve into all of this and ascribe meaning to people’s experiences in an authentic way? It helps to work in a team where a few people are involved. “You can then bring ideas back to that team and discuss what we feel people are saying,” Meredith says. “The question I often ask is ‘so what does that mean?’.”

Meredith started her career working with children’s health and fitness, then women’s health and now every person’s health. It’s important to look at ‘who’s missing?’ ‘whose voices are not here?’

“One example could be, with breast cancer it’s incredibly important to consider those people who do not identify with a pink ribbon – whether it’s men or genderqueer, non-binary, trans people with breast cancer – who may still require breast cancer care,” Meredith says. “People need to know that they are welcomed absolutely in breast care spaces.”

“It’s a very important avenue to discover how people feel about care spaces. How can we work so everyone feels the door is open and they can seek the help they need? There could be some stigma that people feel around seeking health care, so we need to find out – where does that stigma come from?” Meredith adds. “Nothing happens in a vacuum.”

“We’re all experiencing something very different – but often we just don’t know it,” Meredith says. “We need to acknowledge that even if you’re all in the same storm, you’re in very different boats. So you’ll have some people bobbing around in a little boat which is very different to the yacht next to them.”

“People do qualitative research because they really want to find out the whys and the hows,” Meredith says. “It’s not just work to be used in front of, or behind a survey necessarily – it’s stand-alone empirical research. And it is scientific – it gives a context that is time, place and person specific.”

When it comes to understanding people’s health Meredith wants to know more than ‘what’s the matter with them?’ – she wants to know what matters to them.