Fact, fad or fiction: Weighing in on obesity 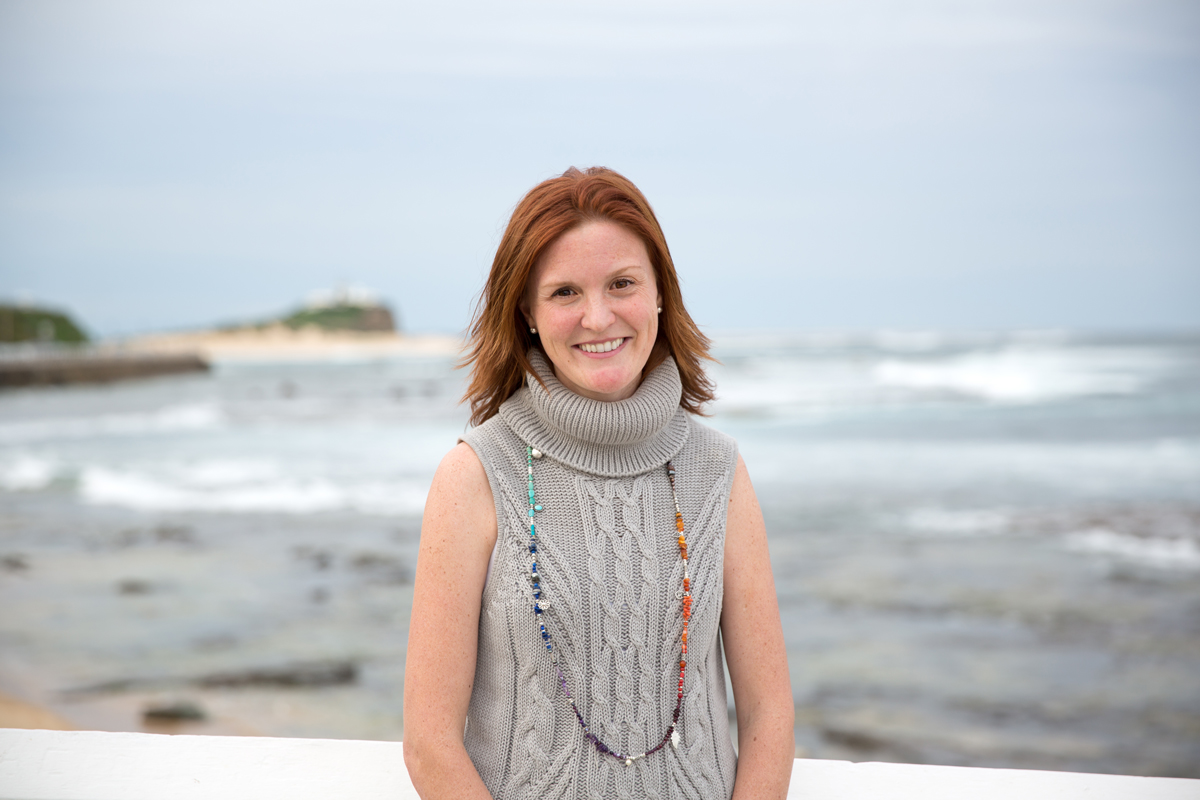 Sympathising with people trying to navigate a maze of media messages about dieting, Tracy is seeking to address – and clear up – the confusion in her research. The engineer student-turned-dietitian has taken a particular interest in childhood obesity, experimenting with biochemical validation methods to help solidify our contemporary understanding of its causes and identify potential treatments.

The 2016 NSW Young Tall Poppy of the Year, Tracy has developed her own research team and instigated multidisciplinary international collaborations with eminent researchers across the globe to understand the role of food addiction in the development of obesity and its treatment.

Tracy's curiousity about diet-related disorders, such as obesity, was first sparked during her PhD candidateship, which saw her analyse the findings of a multi-centre probe into the best treatment options of child obesity. Run at the Universities of Newcastle and Wollongong, the project sought to determine the most effective treatment for child obesity and to oust biases in current diet assessment procedures by comparing them with more objective means. Researchers undertook an extensive series of outcome measures with parents and their school-aged children and followed them up for two years. As an advanced accredited dietitian, Tracy was specifically interested in if they could change their dietary intakes and further their fruit and vegetable consumption, and used biomarkers in the bloodstream to verify their responses.

'It's a unique approach because most dietitians would just take peoples' answers for what they are," she says.

"But we were able to take away the issues with memory recall and social bias by creating a somewhat lie-detector test."

The project also included a randomised control trial for the treatment of childhood obesity. Parent dietary support and physical activity were split between three groups, with one group receiving both interventions.

"To the general population the trial seems very straightforward, but at the time this was the first of its kind in Australia," she notes.

"It was new in the scientific world."

Tracy continued looking into diet-related disorders after receiving her PhD in 2008, refining the approach of the Obesity Program to broaden its application to low-income families and Indigenous populations, as well as after-school care children. The expert dietitian also extended her biochemical validation method to include red blood cell membrane fatty acids, and conducted an additional study using Gold Standard procedures of doubly labelled water to help determine the most accurate reporter of child food intake.

"In the clinical world, everyone assumes the mum is going to be the best to talk to," she says.

"But we disproved this, showing that the child is actually the better of all three, closely followed by the dad and then the mum."

Tracy's research also helped identify another gap in our contemporary understanding of obesity. Taking an interdisciplinary approach to this latest study, she is collaborating with international academics in the psychology, biochemistry, and medical radiation imaging fields to dispel belief in a singular cause.

"If we can prove that food addiction is real, then we can also show cause for the behavioural components of obesity," she says.

"It could be that treatments need to be reworked so they hit these targets as well as the more obvious diet and physical activity ones."

Tracy has adapted the validation model used in her PhD for the ongoing probe, opting to access the traits of food addiction by conducting a cross-sectional survey of 600 young adults with her team and then 'fact checking' the self-reported findings in multiple brain scans.

'"t's a young area of research but we know that objective measures are really important," she says.

"We're in the process of getting some answers, which is quite exciting."

Leading the specialist squad since the project's inception in 2012 has also allowed Tracy to distinguish herself from other fledgling researchers.

"It's my first time in the driver's seat," she says.

"I was looking to become independent, but I wanted to continue the biochemical validation and obesity research I'd been a part of previously too."

"My hard work paid off and I was lucky enough to get both."

Still an active clinician, Tracy is simultaneously involved in the relaying of dietetic services and teaching to rural communities. Hoping to bridge 'what is' with 'what could be,' some of her recent grants are dedicated to the growing study of e-health resources.

"It's all about increasing our reach."

Tracy has moulded herself into a published author, a thesis examiner, a conference presenter, a postgraduate work supervisor, and a member of several national and international health associations. She is also in the top 1% of Australian dietitians with an advanced accreditation title.

Giving weight to the old adage, 'success breeds success,' this expertise in paediatric nutrition contributed to a team led by Professor Phil Morgan, which was recognised in 2014 with an award from the World Health Organisation for Excellence in Obesity Prevention. Tracy received the nod for her involvement in the winning community-based initiative, Healthy Dads Healthy Kids, which aims to make healthy eating and exercise a regular part of father-child interactions. The program has since been delivered across a number of local government areas in NSW, with significant improvements in a host of physical and mental health outcomes readily observed.

As the 2016 NSW Young Tall Poppy, Tracy was awarded for her research and science communication skills.

"But nutrition is science, and I'm really happy it's starting to get noticed as such."