Whether studying the neural mechanisms underlying diagnostic conditions or trialing novel clinical interventions, Professor Shelly Lane has dedicated her research career to understanding and minimising the negative impact of developmental deficits in children. 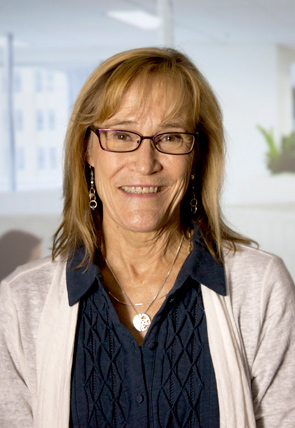 Joining the University of Newcastle in mid-2015, Shelly brings her long and productive research legacy and administrative experience to the School of Health Sciences. She continues to contribute to an understanding of sensory integration and processing, the development of praxis, and the impact of trauma on development.

Her research focuses on children who are at risk of developmental delays because of autism, attention deficit, premature birth or any number of things that create developmental risk concerns.

Informed by an in-depth knowledge of neuroscience, Shelly's expertise centres around three practical areas in this arena, the first being defining age norms related to the diagnostic criteria for children with dyspraxia.

Her second area of focus is understanding and minimising the negative impact of sensory integration and processing difficulties in children.

And the third is utilising a sensory-based approach to improve outcomes for young children who have experienced early trauma.

Shortly after graduating as an occupational therapist, Shelly became convinced that further study was needed to inform her clinical practice.

Awarded her PhD from the University of Texas Health Science Center, San Antonio, she investigated the impact of drug dependence and withdrawal on second messenger systems in the cerebellum using an animal model.

"My PhD work gave me a great foundation in neuroscience, allowing me to read the literature without being afraid of it," Shelly laughs.

A two-year post-doctoral fellowship at the UCLA Neuropsychiatric Institute followed, where she worked with Dr Edward Ornitz to examine the startle reflex in children with Attention Deficit Hyperactivity Disorder (ADHD) and autism.

"That work was about sensory processing, and how children with diagnostic conditions like ADHD and autism reacted to sound," Shelly explains.

"There are kids who seem to be over-responsive to sound or touch or movement or other sensations, and those who appear under-responsive. And, it is often context related, which can be confusing. In one environment, home for instance, a child may appear under-responsive to sound and not notice when someone calls his or her name. In another environment, the grocery store perhaps, the same child may cover their ears against the sounds of people talking, flouro lights buzzing, carts rolling…"

"Further research in this area has shown that children with difficulties processing sensation have faulty filtering mechanisms, meaning their response to sensory input results in their inability to predict or anticipate it."

THE WEIGHT OF IMPACTS

The impact of sensory processing difficulties on children cannot be underestimated, and Shelly reports that people describe over-responsivity as "painful".

"If you are over sensitive to touch, it hurts when people touch you," she observes. "Or with loud sounds, some people cover their ears because it hurts. They categorise the level of central activation as pain."

The long term impact of sensory responsiveness differences is unknown. There is some research suggesting over-responsivity may diminish with age, but much more information is needed for us to be certain.

Shelly compares the possible consequences of these impacts to those of dyspraxia, another of her focal points. With dyspraxia messages from the brain to the body may be misinterpreted, causing difficulties in knowing how to move, and in planning movement. Overall behavioural organization can be problematic.

"As a child with dyspraxia, you may have oral motor, gross motor and/or fine motor clumsiness, meaning that speech, play, and school tasks may be problematic" she imparts.

"If it stretches out longer and longer then it impacts on life choices. There are activities you avoid because they require more coordination than you feel you have, and professions that you would not even consider, because you would not be able to manage them."

Following on from UCLA, Shelly held a joint clinical/academic position at the University of Alabama, Birmingham, and as Director of Occupational Therapy at the University's Sparks Center for Developmental and Learning Disorders.

The University of Edmonton in Alberta, Canada was Shelly's next stop. Here she completed locally funded research on the developmental sequelae of preterm birth.

An appointment at State University of New York in Buffalo came next, where Shelly looked at the developmental sequalae from prenatal drug exposure in human babies.

"I worked in a clinic looking after children who had been prenatally exposed to cocktails of drugs," she says.

"We looked at the developmental outcomes of those kids."

While at Buffalo, Shelly also worked with colleagues in examining the use of assistive technology to promote the development of play in young children with delays.

"For children with significant physical disabilities, like Cerebral Palsy or Spina Bifida, therapists tend to make the primary caregiver, mother or father, into the “home” therapist," Shelly conveys.

"From then on, every single moment with the caregiver focuses on sitting, balance and reach and grasp - completely losing sight of play."

"We decided to approach this project from a play perspective."

CHANGING THE FOCUS OF THERAPY

With funding from the US Department of Education, Shelly and her Let's Play! Project team put together a library of toys and assistive technology tools for families to borrow. A suite of resources created for caregivers and therapists is still being accessed today.

"We incorporated therapy into activities that were enjoyable, and used assistive technology to make play easier," Shelly says.

"We received great feedback from caregivers who were able to simply play with, and enjoy being with their child again."

Moving on to Virginia Commonwealth University, Shelly held the position of Chair of Occupational Therapy, and Assistant Dean of Research before concentrating on her research.

Overseeing the set up at the state-of-the-art Sensory Processing and Stress Evaluation (SPASE) Laboratory, she and her team completed several studies on sensory processing disorders.

"We were able to find a million dollar endowment for the lab so it was hard to leave behind," Shelly reveals. During her work at Virginia, Shelly worked on a project utilising a sensory-based approach for preschoolers who had experienced early trauma. Working side-by-side with both a counsellor and a teacher, this team implemented an approach that capitalised on a sensory-based foundation, child and parent counselling, and strengths-based teaching.

Linked with the SPASE lab, Shelly also worked with colleagues on establishing age norms for the development of ideational and ideomotor praxis in young children.

"We'll work together to look at early identification and use her sensory subtyping model, but also add that praxis piece in."

Shelly is also collaborating with others at UON. She has joined a team of researchers headed up by Dr Jennifer St. George, studying Father-Child Play, and is working with A/Prof Alison Lane and her team investigating self-regulation strategies in children with autism.

"I'm looking forward to working with some new faces on new perspectives."