Dr Tamara Bucher started her professional research career as a biochemist – she has a BSc, and MSc and a Nature publication under her belt to prove it. But her interest in the way that chemicals interact with human bodies began to evolve when she made an important realisation. 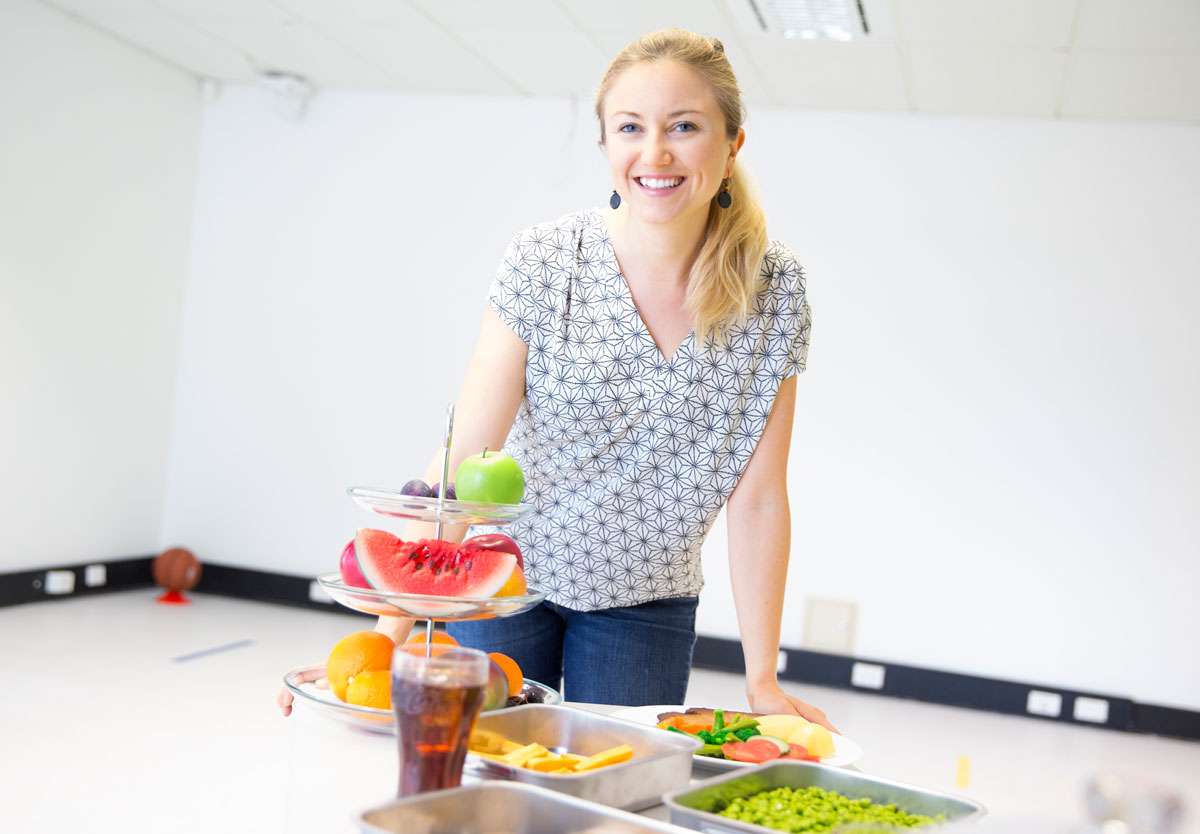 “At one point, I figured that the food we eat had the biggest impact on your system and your health. So I became more and more interested in nutrition rather than medication.”

Tamara took this fascination with her back to ETH (the Swiss Federal Institute of Technology – or Eidgenössische Technische Hochschule) to study for a Master of Advanced Studies in Human Nutrition and Health.

“I learned all about health and healthy eating and what you should do, but often the problem isn’t knowing what to do. Even if you want to make healthy choices, you still need the support and infrastructure to make it easier.”

Having been inspired by a lecture on Consumer Behaviour given by Professor Michael Siegrist, Tamara commenced her PhD under his supervision in an effort to answer some of her questions about healthy behaviour.

However, what Professor Siegrist’s research group really needed was a method to answer these questions, in particular ones regarding meal composition and how people made their meals.

Hailing from a laboratory background, Tamara struggled to conceptualise such a complex experiment with few enough variables to be scientifically reliable. Food choices can be influenced by a huge number of factors, including environment, peers and even the weather.

“I was worried about all of these uncontrollable influences!”

Tamara worked tirelessly to construct a method, which was reproducible, inexpensive and streamlined. Although other researchers had used real food canteens in their studies, these types of experiments can be expensive and time consuming. In addition, they could only be carried out by institutions which already had canteens as a resource. She also thought about developing online resources, but she was concerned that clicking images would not be realistic enough for the participants to make genuine choices relating to food.

Döring Lebensmittel Attrappen are a German company who specialise in realistic fake food for use in shop window displays. Their products also facilitated Tamara’s PhD project.

In order to assess consumer behaviour, Tamara built a ‘fake food’ buffet with these German props, along with an accompanying nutritional database. Experiment participants could construct meals according to their experimental instructions. This technique has been validated as being reflective of real consumer choices, by repeating the same conditions and choices using real food versions of the props.

Tamara came to the University of Newcastle after meeting Professor Clare Collins at the International Society of Behavioural Nutrition and Physical Activity Conference in Belgium. After presenting the results of her PhD project, Tamara got talking to Clare and became intrigued by her ‘healthy eating’ research.

“She (Professor Clare Collins) is an inspiring researcher. I gave her my thesis and said, ‘Can I come?!’”

Tamara successfully applied for a Swiss National Science Foundation grant to study the impact of nutrition knowledge on food choice, and she was able to relocate from Zurich to Newcastle.

Researching food habits across so many different countries led Tamara and her research team to become increasingly frustrated with the lack of international standardisation of food measurement. When it comes to teaching how to construct meals, portioning is very important. While healthy eating guidelines are often given in ‘cups’, this term is not a generic one.

“In the UK alone they have two different ‘cup’ measurements!”

As a result of these frustrations, Tamara and a number of international collaborators from the UK, the USA and Switzerland are working to establish a Universal Food Volume measurement.

Tamara is currently working on a new survey aiming to determine how handy Australian cooks are in the kitchen. It’s part of an international research collaboration aiming to assess which country has the best cooking skills and how this influences healthy eating.

The survey will assess basic proficiency levels of chopping, stirring and mixing – rather than exploring cultural differences.

“We’re putting the focus back on cooking skills to see how closely it relates to healthier eating choices and dietary knowledge,” Tamara explains.

“There’re so many influences (on healthy eating). It’s not just knowing what to eat – it’s a very complex process.”