How do disasters impact women, men and children differently? That’s one of the questions that social work researcher Professor Margaret Alston is focused on in her work on rurality and gender and it has led her to study some of the most vulnerable communities in the world. 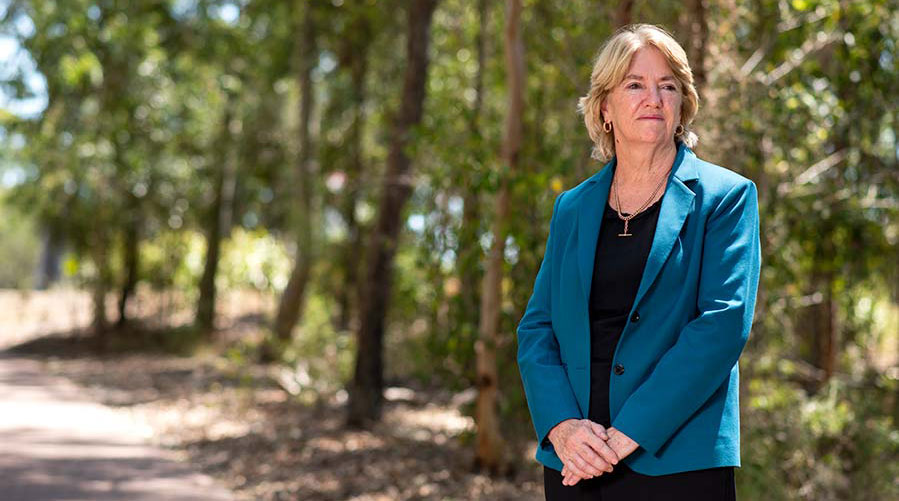 Fire, flood, and earthquakes all have obvious and devastating effects on the people whose lives they touch. But what is the nature of these impacts and how do they differ for men and women? It is the immediate gender effects as well as the less obvious and lasting impacts that interest Professor of social work, Margaret Alston OAM.

Having joined the University of Newcastle in 2018, one of Professor Alston’s first missions is to re-establish the Gender Leadership and Social Sustainability Research Unit (GLASS) to further her work on disasters and climate change.

The unit will build PhD students studying under Professor Alston. Through the research unit Professor Alston will facilitate cross-institutional research and collaborations and build links beyond the university by undertaking research, publishing her results and distributing to, and discussing with, policy makers in Australia and elsewhere.

“We will be holding a series of collaborative events in the first twelve months including seminars, colloquia and debates on topical issues. These will be designed to facilitate collaboration and to build on the links between the university, the community and the wider academic community,” Professor Alston said.

The social and gendered impacts of climate change

Professor Alston first became interested in the impacts of disasters in the early 2000s as an academic and researcher at Charles Sturt University at Wagga Wagga. It was during this time that a severe drought struck regional New South Wales and Professor Alston noticed that the media and policy makers tended to treat it as an economic issue, with scant regard for the people involved.

“There was no doubt the drought was a disaster and, living in rural New South Wales at the time, I saw first-hand the devastating impact it was having on the community. However there appeared to be little focus on the impact it had on individuals, families and communities. What followed the lengthy drought was a vitriolic political debate about the merits of ‘climate change’ and I felt compelled to get involved and to look at the drought in a bigger context, not just from the economic perspective,” Professor Alston said.

This spurred Alston to further her research into the gendered impacts of other disasters and she became involved with international think tanks where Australia’s experience of climate changes is of international relevance. She worked as a gender expert at the United Nations Food and Agricultural Organisation and was an Australian delegate to the Commission for the Status of Women in 2008.

Her move to Monash University in 2009 coincided with the Black Saturday bushfires in Victoria that took 173 lives, destroyed over 2000 homes and damaged forty-three schools as well razing thousands of hectares.

“This event lifted my eyes to the wider topic of disasters and their devastating consequences, and furthered my interest in the way national and global policies addressed gendered impacts. Gender impacts are evident in all disasters and therefore should be a critical factor in disaster planning and management,” she said.

“For example, during Hurricane Katrina in the US in 2005, thousands took shelter in the Superdome stadium but this didn’t necessarily mean they were safe. Women and girls were particularly vulnerable,” she said. “A disaster can exacerbate the factors that lead people to commit sexual assault and violence, and poverty, displacement, lack of housing, and a lack of a law enforcement presence can leave more vulnerable groups even more vulnerable.”

Professor Alston undertook a three-year study in Bangladesh, one of the most vulnerable countries in the world when it comes to disasters. Funded by Oxfam Australia and Monash University, the study’s aim was to understand the gendered impacts of climate change and disasters in Bangladesh.

“In Bangladesh there is a significant risk of damage to lives and livelihoods due to climate change in the form of cyclones, flooding and storm surges, and slow-onset events such as droughts, sea level rises and river basin erosion. Moreover, Bangladeshis are especially vulnerable as a high proportion of people live in extreme poverty.”

“Together with my team of researchers, we visited three different districts of Bangladesh and interviewed men and women, conducted focus groups and undertook a survey of over 600 people,” she said.

“Through our discussions with local people we found that gender outcomes can include an increase in forced child marriages. Because of the extreme poverty disasters bring, a child marriage can mean families have one less mouth to feed. This is a devastating decision to have to contemplate concerning daughters. There were also different livelihood strategies adopted after a disaster such as many men going to work in construction in major cities and young girls moving to work in garment factories in the city and village women taking up more agricultural work,” Professor Alston noted.

“Other gender outcomes include potential breakdowns in family planning services resulting in unplanned pregnancies after a disaster and there were also significant physical impacts following floods and water contamination including women and girls having to walk further to find fresh water.”

Alston’s findings from this study are published in her book Women and climate change in Bangladesh which argues for, and puts forward policy proposals, recognising women's active contribution and supporting gender equality as a critical strategy in global adaptation to climate challenges.

“Through this study we opened up the idea that while disasters affect everyone, all disasters have gendered impacts. When you look at what happens in the aftermath of disasters the gendered impacts are obvious.Women play a significant role in helping communities cope with the effects of climate change, yet cultural customs and practices often work against them. Therefore the need for policies and disaster responses that recognise gender inequalities and address practices that reduce equality are urgently needed.”

With disasters increasing in frequency and intensity across the world social workers are called on to play an increasingly demanding role in their aftermath. Professor Alston’s latest book, Social Work and Disasters discusses the role of social workers in disaster work, including in disaster-preparedness, during the disaster and in post-disaster practice. The book resulted from several studies Alston has conducted including the Rebuilding Lives Post Disaster project with researchers from Taiwan, Pakistan, Canada, India and the USA. Interviews with Black Saturday bushfire survivors informed some of the concepts in the book including the idea that post-traumatic growth is possible after a disaster.

“This study had a very significant impact on me. I interviewed survivors of the Victorian bushfires five years after the fires and I found that people were still so devastated and so shocked, it was like the bushfires had happened the day before. The personal and immediate impact of the fires continued,” Professor Alston said.

“Another significant finding to come out of this study was that not only did the personal impacts of disasters linger, but there can also be a time of post-traumatic growth. When people have been so close to death they can make new goals for themselves to live their life in a different way. Even amongst sorrow and devastation, over time there can be positive growth. There is that capacity in humankind to reshape their lives in the face of disaster.”

Professor Alston says there is an increasing awareness of the importance of gender understanding in disaster management policy. However there is a long way to go before gender equality is transparent in policies.

“The fifth report of the International Panel on Climate Change recognised gender as an issue so it is starting to be captured globally in policy documents, we need to ensure this is recognised by our own governments and by people closer to the ground.”