Dr Hock Tay’s research examines how and why airway infections can be so problematic for patients with chronic respiratory diseases. 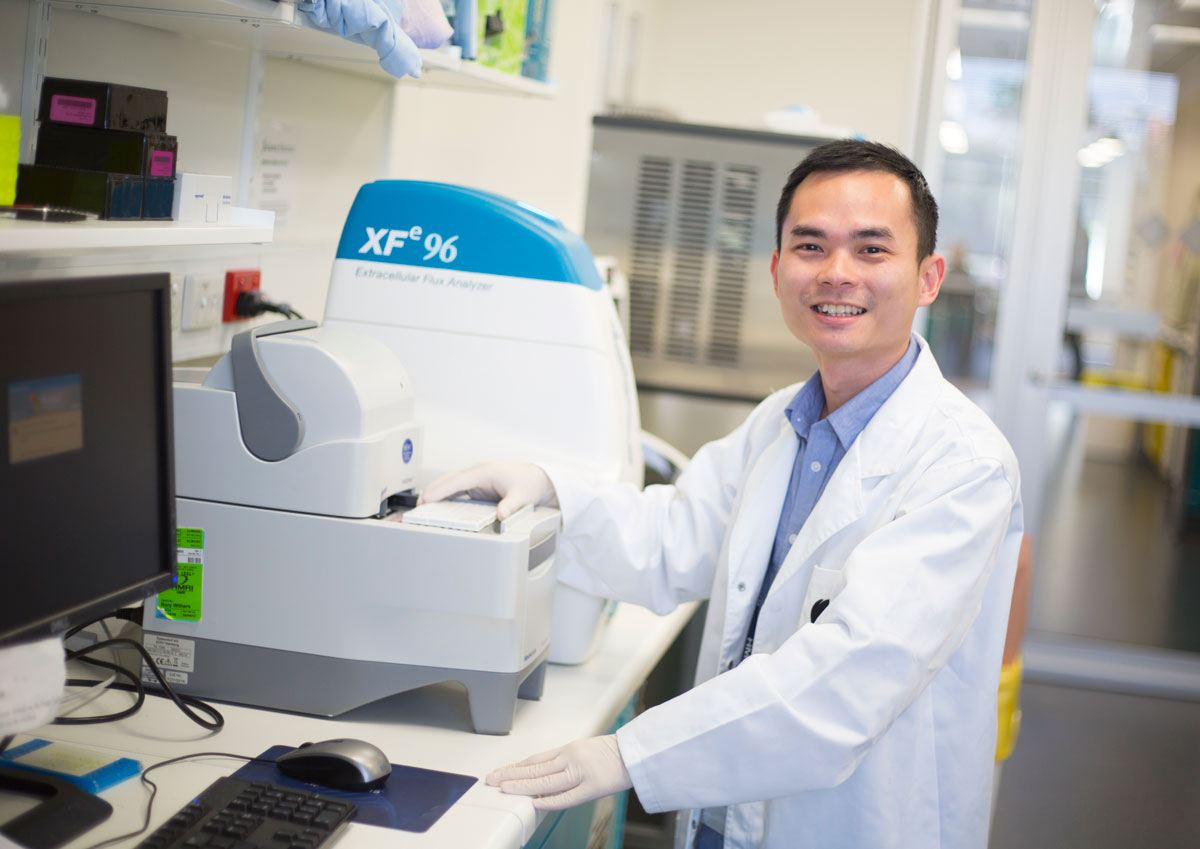 “I was always interested in infection and immunity – in particular how infection moderates the immune system. It's interesting because sometimes when you have infection in patients with chronic lung disease, they have exacerbation of their condition."

“I’m focusing on how pathogens can manipulate the immune response to cause this exacerbation of disease.”

An emerging field of research

According to the central dogma of biology, in order for genes to work (and therefore for cells to be functional) the gene DNA has to be transcribed into RNA, which is translated into protein.

For a long time, it was thought that these proteins did all the important work within the cell. But throughout the past few decades, this central dogma has been turned upside-down.

Researchers have seen that RNA can have a functional role completely aside from their protein-coding function. There is also non-coding RNA that can function within the cell to alter cell activity.

A whole new area of research onto these ‘non-coding RNAs’ has blossomed. One particular type of non-coding RNA are known as microRNAs, of which there are thousands. Each microRNA has a different role – many of which are yet to be described. Importantly, one microRNA has the potential to modulate the level many coding-RNA and thus regulate the level of a range of proteins and integrated signalling networks.

“When I started looking at microRNAs around 10 years ago, their role in complex biological processes was just emerging – some non-coding was even thought to be ‘junk’. It’s only recently with new technologies that allow us to identify all the different microRNAs, that we can see how they are dysregulated in lots of diseases, as well as used in infection.”

“What's so interesting about them is that they can regulate multiple pathways. So that could be really important in disease pathogenesis.”

Hock first heard about these somewhat strange molecules during one of Laureate Professor Paul Foster’s lectures during his Biomedical Science degree at UON.

“Nothing much was known about them, so I was really curious!”

Hock approached Paul about working in his lab throughout his Summer Scholarship, and was excited to get started in the field of RNA and immunology.

“I’d actually applied to work with Paul on microRNAs for my undergraduate research project – but he had already taken on his students for the year so I had to go to a different lab."

“That was a great experience, but I knew that immunology was what I really wanted to work on.”

Throughout his PhD, Hock was focussing on the early responses to infection, as these drive inflammations that cause exacerbation of lung disease.

“The focus was on how these immune cells come in during the early stage, and how that changes the molecular miRNA signatures inside the cells.”

Hock focussed on a few select microRNAs and their role in the immune response, including miRNA-328.

In 2016, Hock commenced his prestigious NHMRC Early Career fellowship, which he was awarded to continue his study into the role of non-coding RNAs in respiratory disease.

“I wasn't expecting it. It was a relief really - I can now plan for longer term projects instead of smaller projects which only run for one or two years.”

Throughout his fellowship, Hock will be moving on to study an entirely new group of non-coding RNA: long-non-coding RNAs.

“Where microRNAs are about 23 nucleotides (genetic units) long, long-non-coding RNAs are longer than 200. The mechanisms are completely different and they are actually even harder to study. But a lot of the skills I developed throughout my PhD will still be very useful. I’m really using my PhD as a building block for this project.”

With this fellowship, the University granted Hock two PhD scholarships, and he is taking on his own students for the very first time.