From Pharmacy to Physiology: changing lanes

Professor Robin Callister has always enjoyed sport, but after training as a pharmacist and working for eight years in the field, she never envisaged herself becoming the internationally recognised exercise physiologist she is today. 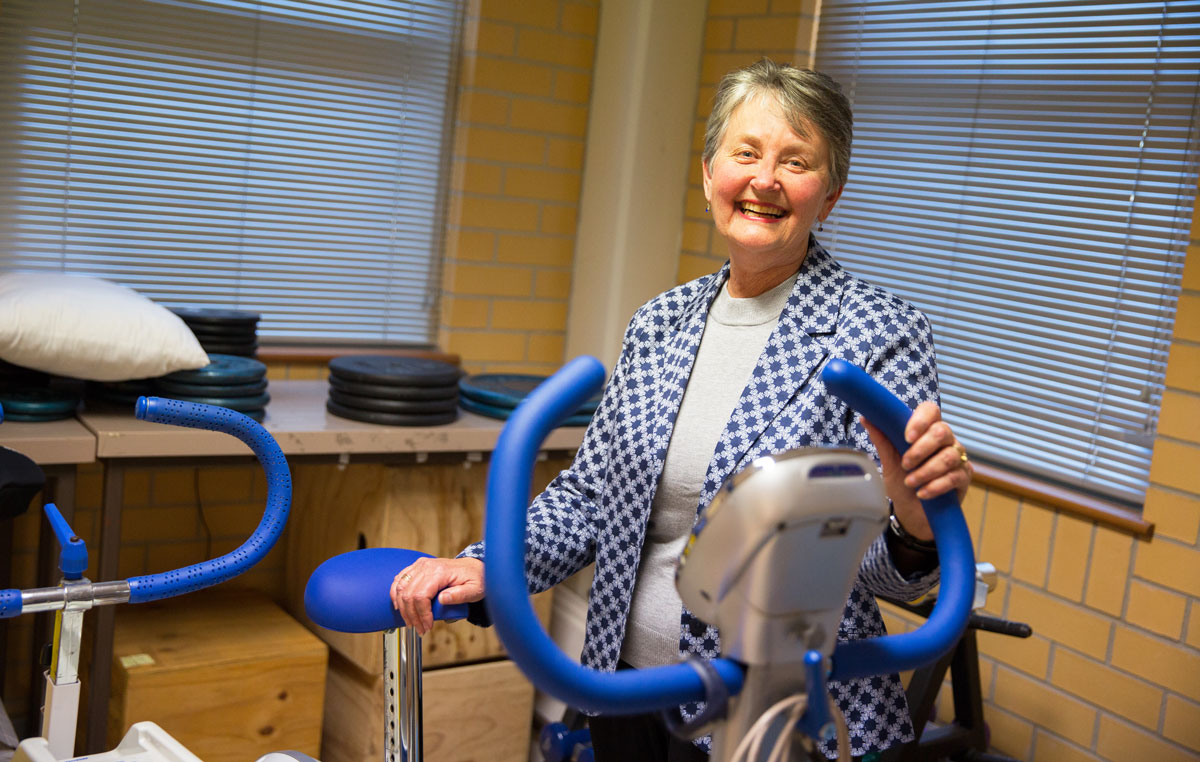 “I actually got stuck in America with my husband doing a PhD and I couldn't get a work permit."

“We were at a barbecue and I got talking to a Professor in physiology. The university in Ohio where we were didn’t have a Pharmacy school, and he suggested I take my sports interest further and study in his field instead.”

“Once I discovered exercise physiology, I sat back and realised, ‘Wow, this is me!’”

After studying for a Master’s degree, Robin went on to conduct her PhD research at the US Olympic Training Centre. Just three months into her studies, her supervisor left his position to work at NASA. Never to be deterred, Robin took advantage of the situation and arranged several visits to Kennedy Space Centre.

“I didn’t get to do any research projects there but I did show them how to use some of their equipment!”

Robin continued to pursue her interests in sports physiology for a number of years, and she maintains collaborations with the Australian Institute of Sport, the Newcastle Knights and the Newcastle Jets.

Exercising interests in the clinic

In recent years, Robin’s interested have shifted into the realm of clinical exercise physiology. When asked why the shift occurred, she answered:

“Probably as I got older. I’ve become much more aware of the need for intervention and the benefit it can have for so many people.”

In particular, Robin is interested in the role exercise can play in helping those suffering from depression, recovering from stroke or at risk of developing Type 2 Diabetes.

Robin took an interest in researching alternative ways to treat depression when she noticed that a number of teenagers and young adults in her social circle were struggling with the condition.

“Anti-depressant medication isn’t always effective for young people so that doesn’t give them a lot of scope for treatment options."

“While cognitive behavioural therapy can be beneficial, it can be difficult to get into in a timely manner. So often we can use exercise in combination with other therapies and also while patients are waiting to see the right specialist.”

Robin was able to follow up this research interest when she was awarded with funding from the HMRI Gastronomic Lunch and beyondblue, an Australian charity supporting those struggling to cope with anxiety, depression and suicide. With this funding, Robin and her collaborators launched the Healthy Body, Healthy Mind exercise intervention strategy.

This project investigates the relationship between exercise and mood in youth. Although the effects of physical exercise on adults with depression has been well studied, it has not been thoroughly investigated in young people.

Over the last twenty years, treatment of acute stroke has seen dramatic improvements. While that’s no doubt something to celebrate, the increase in stroke survival patients needing rehabilitation advice and therapy is something clinics are still adapting to.

Exercise is a major factor in patient recovery.

“Stroke is the biggest cause of disability in Australia - rehabilitation for those people is really important and exercise is one of the primary strategies."

“Not only that, but one of the best ways to prevent a second stroke is to improve your fitness level.”

Working with a number of stroke clinicians based at the John Hunter Hospital, Robin is interested in how exercise can improve quality of life and fitness for recovering stroke patients.

“Type 2 diabetes (T2D) is largely the consequence of obesity. We’re seeing a massive increase in the diagnosis of T2D, and that’s a worldwide phenomenon.”

Overweight men over the age of 45 are at a particularly high risk of developing the disease, and behavioural change is one of the best ways to modify their risk.

The SHED IT – Self-help, Exercise, and Diet using Information Technology- program is an evidence based weight lots program designed for men. It was designed by a research team consisting of Robin and Professors Philip Morgan and Clare Collins over 10 years ago, and has now been modified into a T2D prevention strategy (the PULSE – Prevention Using Lifestyle Education – for diabetes prevention).

“Because so many health intervention programs are generic, the fact that they’re aimed at everyone means they often aren’t picked up by those who need it most. They don’t buy into it as they don’t really see it as being for them.

“So making our program aimed at men, giving it a ‘blokey’ feel – we are pitching directly to those who need it most and there is an improvement in uptake as a result.”

“We’re trying to change behaviour and if you’re going to start anywhere you’ve got to get the risk group hooked in the first place!”