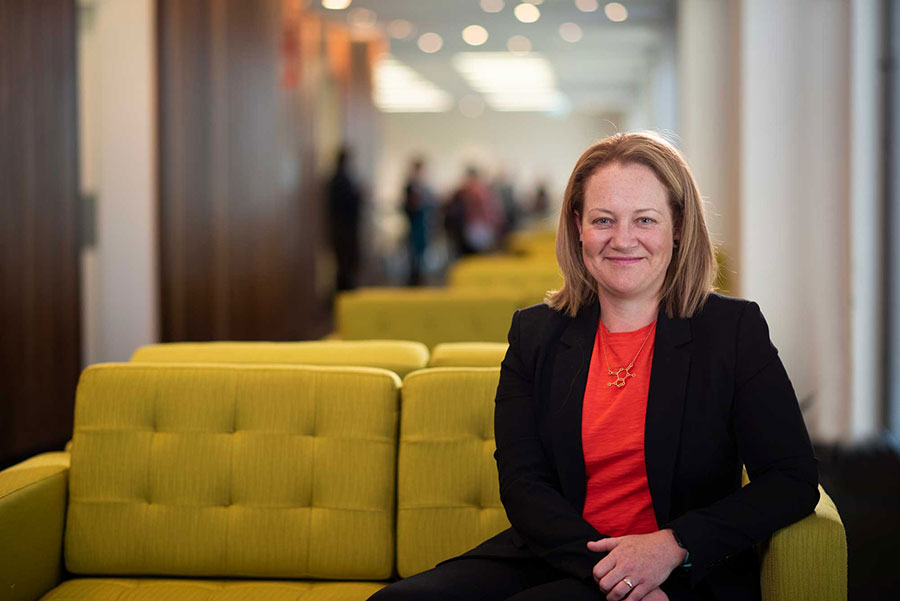 Over the years, the process of finding new cancer drug treatments has followed a strict pathway: the research reveals a biological discovery, which leads to a new drug discovery, drug development and testing through multiple stages of clinical trials.

The problem is, this entire process can take 15-20 years to complete. Which means that a patient who is diagnosed with aggressive cancer today will be unlikely to benefit from the most recent biological discoveries and subsequent treatments.

“We need to rethink our conventional approach to cancer research,” asserts Associate Professor Nikola Bowden, whose research focuses on repurposing existing cancer drugs. “We are wasting years of research and knowledge by shelving old drugs and trying to always find new ones.”

Instead of focusing on creating new drugs, Nikola and her team are looking at how existing drugs can be used in new ways. For cancer patients who need more immediate solutions, her work is having a meaningful impact.

“Using current drugs in new ways is called drug repurposing. We know so much about safety, dosing and side effects of the drugs we already use, it is ideal to also see if they have anti-cancer activity. We need to start using the drugs we already have to their full potential.”

Unlocking the mysteries of melanoma

Nikola spent many years as a lab-based scientist within a highly talented team. Her research helped shift the central dogma around the role of DNA repair in melanoma development. Nikola hypothesised that dysfunction in the pathway could provide an explanation for why the disease is largely resistant to chemotherapy.

“Chemotherapy usually works by attacking the DNA of a cancer cell and damaging it so badly that it dies. Normally, the DNA repair pathway in a cell will either fix the damage, as it does when we get sunburnt, or 'tell' a cell to die when the damage is extreme.

“But in melanoma this pathway is dysfunctional, so chemotherapy has little or no effect and the cancerous cells continue to accumulate damage and grow.”

Nikola’s breakthrough paper on nucleotide expression repair in melanoma, published in the journal Cancer Research in 2010, was the first to report on the relationship between DNA repair pathways and chemotherapy resistance in melanoma.

After presenting the findings to a patient consultation group, Nikola was challenged to start considering how the results could help improve treatments for patients. From that moment, her research career followed a new direction.

“I was immensely proud of our team’s success, but after meeting with local medical oncologist Dr Andre van der Westhuizen and several families touched by cancer, it became obvious that what was going to motivate us in the future was the chance to help cancer patients get the best possible treatment.”

Just over five years later, Nikola’s team is smaller, but their work is making a significant difference for cancer patients and their families.

First, based on their initial DNA repair research, the team successfully proved that certain drugs could be used to switch a patient's DNA repair back on and potentially trigger the immune system to help fight the cancerous cells.

“We found that using a combination of drugs in a staged approach would have the least impact on the patient. We are using the same drugs that have been around for 30-40 years, we simply used them for a new purpose."

Nikola and her team are now running clinical trials that are repurposing chemotherapy to treat melanoma patients who have no treatment options left.

“My team have repurposed old, ineffective cancer drugs into a new combination that is working well for patients with cancer that is resistant to all other treatments. It’s exciting to see the results of our lab work being developed into clinical trials and, best of all, to see patients responding to the drugs.”

Their goal is to find new ways to quickly and cost-effectively develop treatments that patients can take long-term, helping to increase their life expectancy. For these patients, time is critical. Using existing drugs in new ways, rather than waiting for new drugs to be developed, allows patients to access additional treatment options sooner.

“These patients usually have a very short prognosis, sometimes only weeks to live. We have treated 12 patients on our clinical trial in Newcastle and almost all of the patients are still alive. The longest survivor started on our trials two and a half years ago. It is the most amazing feeling to walk through the hospital knowing that you could walk past someone your research has kept alive.”

The clinical trial will soon be expanded to Queensland, and then Australia-wide. Nikola hopes the trials will give much-needed hope to complex cancer patients, prolonging their life and providing options where none have previously existed. The project will also prove that, sometimes, new isn’t always better.

“Our ultimate goal is that no cancer patient has to hear the words, ‘there is nothing more we can do for you’. Once we realise that the constant search for new drugs is actually a barrier to improving treatments, we will start to increase the success and speed of finding better treatments for cancer patients.”