A catalyst for success

Professor Michael Stockenhuber has long held a fascination for catalytic reactions and their almost unlimited scope when it comes to solutions for industry and the community. 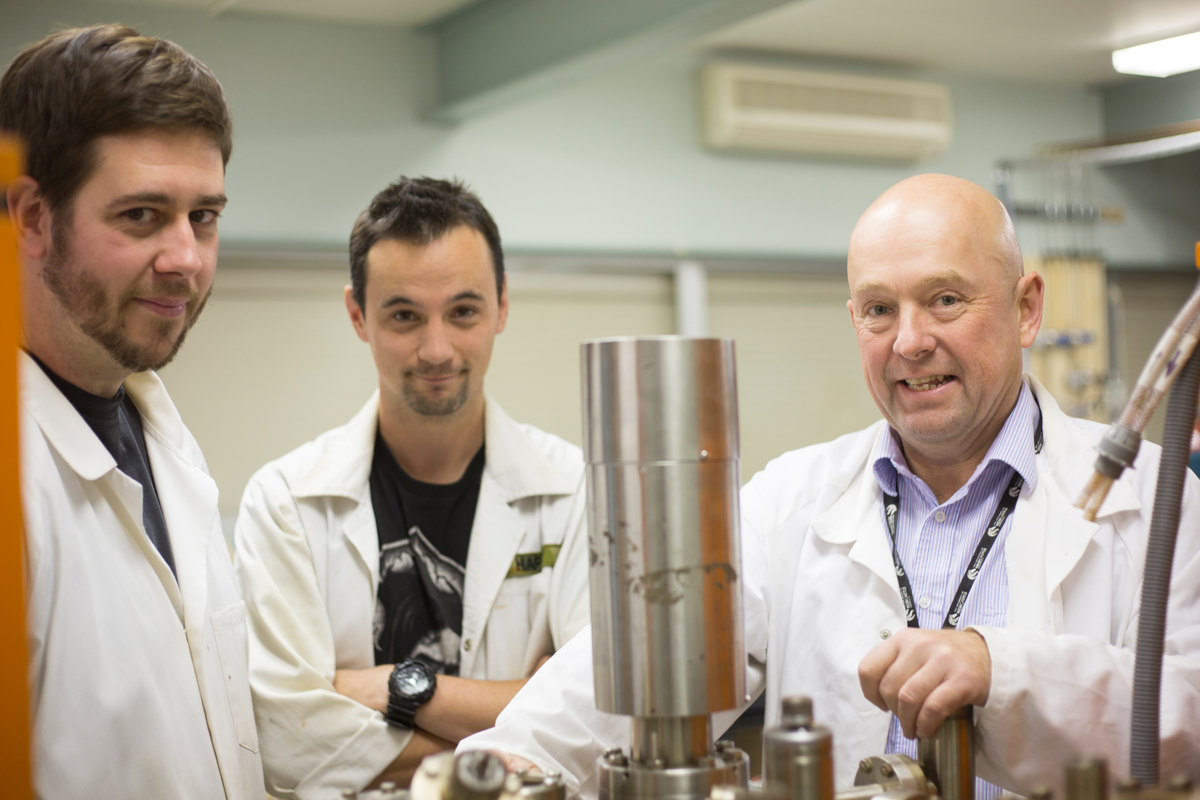 Joining UON in January 2008, Professor Stockenhuber has honed his focus on catalysts because of its practical application in enabling technologies.

“Catalysis research has, at least in my opinion, a big advantage in that it can be rather fundamental in its nature, but it is also very applied. As a result, there is a significant commercial interest in this technology. The largest tonnage amount of chemicals produced is done through catalysis."

The key to catalytic conversion’s success is that catalysts increase the speed of any reaction - this is crucial - otherwise the process would be far too slow and wouldn’t be viable economically or environmentally.

Many environmentally-friendly technologies such as biofuels, have a significant oxygen content in the fuel, which is problematic for use in standard engines. However, we can remove the oxygen from the fuels using catalytic technology. This makes a fuel that originates from a biological source, such as wood or biowaste, waste oils or even molasses, more usable and a viable alternative.

In fuel production it is vital that every part of the process is utilised: you need to find a solution for the by-products and make them value-added products.

Glycerol is a by-product of biodiesel manufacturing, so researchers are trying to make it economically useful by creating a product from it. Using catalytic technology plastics can be manufactured using glycerol – making a useful product from a by-product.

End of pipe technology is the process of cleaning up waste products at the end stage of production. The catalytic converter for cars is a typical end-of-pipe product which converts harmful nitrogen oxide into nitrogen and oxygen. With the rise in diesel cars or lean-burn engines, we don’t have a very efficient catalytic converter to convert the emissions safely. Michael and his team are working on developing an efficient product can reduce airborne pollution and emissions in these increasingly popular vehicles.

“Another area we’re very interested in is the catalytic conversion of methane. This end-of-pipe technology is used in coal mines which have significant methane emissions. Methane is a very effective greenhouse gas, so we are trying to convert the methane to CO2 to reduce the methane levels,” Michael says.

“This will be a significant outcome for reducing global warming. Around 65% of all coal mining related greenhouse gas  emissions come from ventilation air, we can look to reduce these by a factor of 21 on a molecular basis. Which is significant on a tonnage basis. With catalytic technologies we are converting methane at very low temperatures with very little energy penalty.”

Bringing the world of catalysis research to Newcastle

As President of the Catalysis Society, Michael brings his enthusiasm to the community and industry. “Australia has a large body of people publishing in the catalysis area, we’re near one of the classical catalysis countries such as The Netherlands. Now we have a focal point, bringing conferences and attention to the Asia-Pacific.”

“The scope with catalysis is almost unlimited, there are virtually no conversions that cannot be undertaken with catalysis. With environmental considerations the field has become invigorated again as it is being seen as one of the major enabling technologies for specificity of production of products. One of the big advantages is that you can scale up very nicely, you can transform the technology from the laboratory to industry very easily. We have the technology to transform a fossil fuel or biological fuels into a more renewable-based future. It’s exciting technology with enormous economies of scale potential."

Catalysis is one of the main enabling technologies that will be able to implement new commercially viable and environmentally friendly processes for manufacturing and emission control. The possibilities to manufacture future energy carriers, materials, chemicals, pharmaceuticals and to reduce emissions are endless.