Engineering a better future through research

Associate Professor Galina Mirzaeva has always enjoyed a hearty challenge. This passion accelerated her through her school years and is what motivates her nationally recognised research projects today. 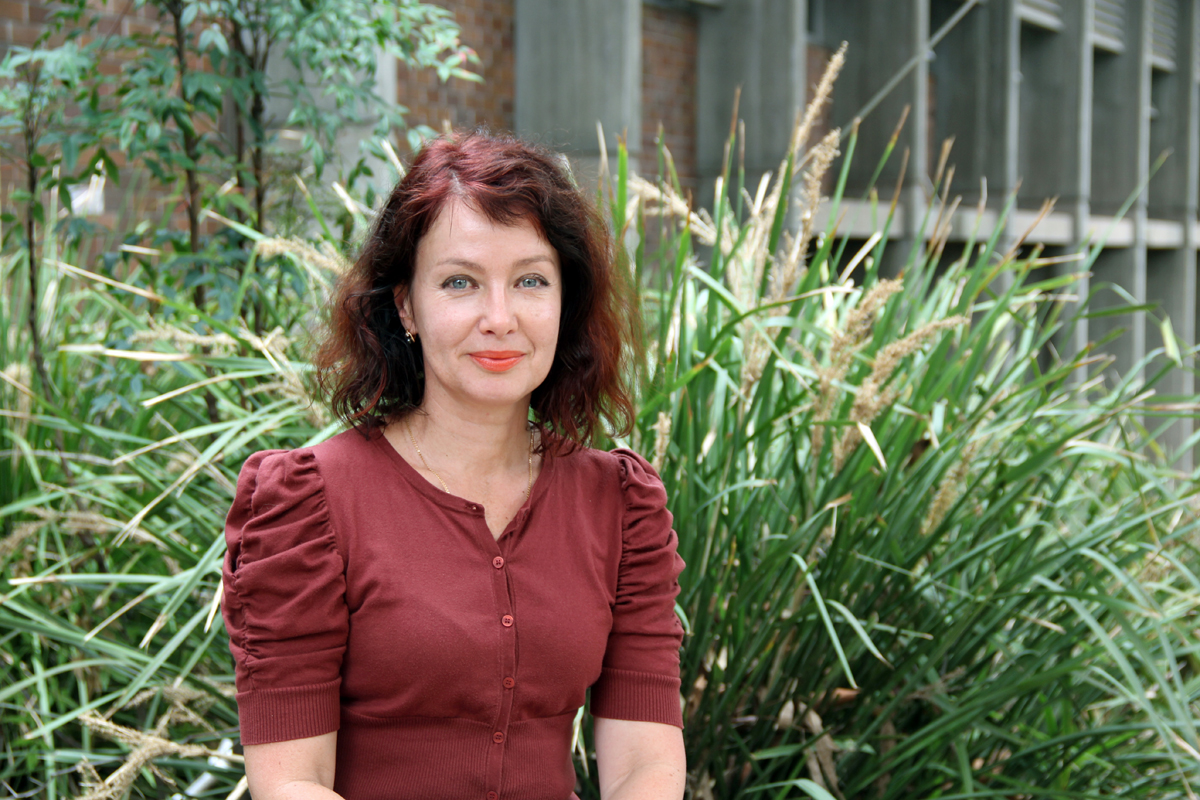 A lover of science and maths, when Galina came to select an undergraduate degree at her city’s institution in Russia, she was drawn towards Engineering. This selection was partially driven by her fascination for the field– she fondly remembers playing with construction toys and making her first radio transmitter when she was just a teenager. Always one to rise to a challenge, her university decision was finalised when she learned that the Electrical Engineering course in particular had the highest entry requirements within the faculty.

Having spent the majority of her school years placing top of class, Galina was granted entry to the program and her research career began.

Upon finalising her degree, Galina found work as a research engineer, but was quickly recruited back into academia once her previous Head of School recommended her for a lecturing position.

Once re-immersed in the academic environment, Galina was excited to take advantage of all manner of research opportunities. She climbed the ranks within the institution and eventually ended up fulfilling her childhood dream and working on the Russian Space Program.

“If you really want something in your life then, eventually, you find a way to it or it finds a way to you. “It was not exactly how I imagined it as a child. But doing my PhD with the Makeyev Rocket Design Bureau, which specialises in carrier rockets for various payloads, was pretty close to my dream coming true.

But major changes were afoot, primarily due to the Russian political landscape at the time. During the perestroika period in Russia, there were major shifts in the academic culture and infrastructure, and Galina found herself skipping between career pathways to keep up.

“When the old system was disintegrating and the new system was arising, the value of professions shifted a lot.

“I thought to myself, if my career is going to change, I might as well look for opportunities to apply my skills elsewhere.”

Galina applied to come to Australia as part of a skilled migrant program, and began the next stage of her research adventure. After intensive job searching, a few opportunities arose. The CRC-Mining Node at the University of Newcastle was the one for her.

“Because of the level I was employed at from the very beginning, I was expected, to a large degree, to define my own projects. The key measure of success was attracting external funding.

“In that first year I wrote three grant proposals - I thought they were good but they didn’t get picked up.”

Galina then decided to pursue a new approach to finding research funding. She took to consulting directly with the mining industry, sitting in meetings and talking to stakeholders and engineers about where her research might be best applied within their industry.

“I visited open cut and underground mines and essentially just talked to engineers asked them what their actual needs are.

“I then wrote a grant proposal that was successful and resulted in several extensions.”

Her project focused on improving the efficiency and lifespan of the Megawatt DC motors which power the huge mine excavators – the wheels of which stand taller than the height of two people. The project was initially proposed to be lab-based, but as word spread of the potential impact of this work, a full-sized testing facility was built in the Hunter Valley to facilitate this research.

The initial study was followed by two more stages, in which the focus moved to developing a prototype condition monitoring tool. This tool, of industrial quality and ruggedness, was designed ready for harsh mining environment.

After the DC motor projects was completed, Galina moved on to a new challenge. This one was focused on Megawatt AC motors for mining excavators.

“When the industry decided to move to AC motors, that opened a whole new field of research for me.”

“AC motors do not require much maintenance. In DC motors, the contacts are brushes made of carbon and so eventually they wear off.

“The AC motors are much less prone to break. However, their break is less predictable. Detecting a fault when it has already happened was not good enough. The objective was to track the motor condition and give a forecast of any faults developing.

In 2015, Galina received a Research Excellence Award from ACARP (Australian Coal Association Research Program), for “provision of excellence in advancing the sophisticated monitoring of AC and DC motors”.

“It took some time to win the trust from mining industry. But having done it and knowing that you're a trusted person for them is the biggest award on its own.”

Galina has since moved on to a diverse array of new research projects, both within and outside of the mining industry, but she still values the connections she made during those early years.

In 2015, Galina was awarded a prestigious ARC grant for her joint proposal with Laureate Professor Graham Goodwin.

“He’s one of the world’s top researchers in control theory and applications.

“We began our collaboration on the control of wind turbines and later extended it to other application areas of power electronics.

“People working in different areas sometimes do not talk the same language, so quite often they don’t understand each other - but we established that language. This shared language made this opportunity possible.

“The project, funded by ARC, is aimed at advancing the control of power electronic inverters; one of the most common building blocks of a modern electrical system. An inverter takes a DC voltage as an input and converts it into an AC voltage of a desired frequency and magnitude. It allows, for example, to run an electric AC motor at a variable speed by supplying it with variable frequency AC voltage.

It can also be used with connection of a solar (PV) panel to the grid - practically every owner of a roof top PV panel is using an inverter. It’s also used in wind turbines, to make a constant frequency voltage out of variable speed wind power.

While inverters are extremely efficient, they also produce harmonics, which cause power losses, nuisance tripping and resonant effects. The work undertaken by the grant addresses harmonic suppression by using a strategy in which the inverter switching frequency changes randomly, thus producing no prominent harmonics. At some frequencies the inverter can even absorb rather than pollute energy, thus removing certain harmonics from the grid.

In the process of implementation of this harmonic suppression strategy, we found that it can significantly suffer from the inverter switching delays, particularly, those microsecond delays, which depend on current direction. It was surprising to see that our sophisticated harmonic suppression algorithms, when applied to real inverters, did not reduce the targeted harmonics as expected and, in some cases, even increased them.

The reason for that was not initially obvious. “Switching delays cause only a fraction of a per cent errors in the AC voltages. But then we realised that the harmonics that we are trying to cancel also cause only fractions of a per cent errors. To have an impact on such small quantities, we need an approach with a much higher precision.”

Using the recent developments in Model Predictive Control, to compensate for non-linear delays the team decided to use a variable prediction horizon. Currently in the third year of the ARC grant, and Galina can confidently say that the proposed strategy works in practice.

In the process of this innovative work, a number of new and exciting ideas have been generated. “We have recently applied for a new ARC grant to address the problems with stability of a grid, with a large number of distributed generators connected to it. We are currently extensively working on these new ideas. We think we know how to make the best of the renewable energy sources without oversizing the expensive battery storage.”

“But it’s not only the success of the grant application, but the fact that we continue this collaboration which makes me endlessly happy. It's my happiest place when I'm discussing research with Graham Goodwin.”