Protecting the welfare of families

Associate Professor Wendy Foote is interested in how welfare systems, policies and funding relationships impact on social services and decision making—and ultimately, how they affect the lives of those who need support. 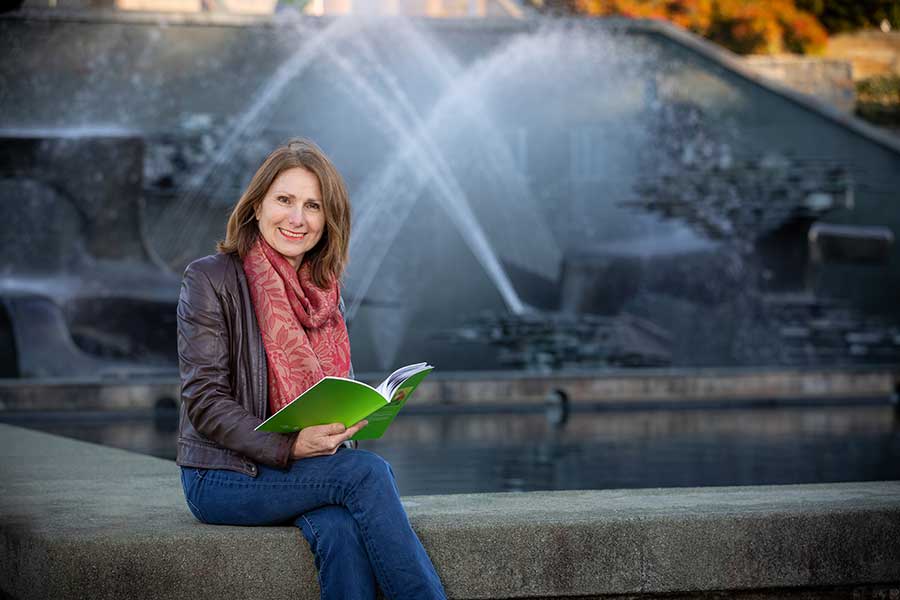 Associate Professor Wendy Foote’s social work research is inspired by years of practice and a profound desire to help disadvantaged children and families in Australia. Her work examines the complex interrelation of welfare decisions and practice, policies and funding regulations, drawing a confronting picture of the current system’s strengths and weaknesses.

In both research and practice, Wendy puts the needs of children and families firmly at the centre of her work.

“I am interested in vulnerable families and children getting a go at life. Having a chance to change the cards they have been dealt.

“I want to make life fairer for people who live in vulnerable circumstances and to create welfare systems that prioritise children’s and families’ needs.”

Wendy has first-hand knowledge of how the welfare state operates, its role as a lifeline for families and its shortcomings. During her time working for organisations such as the Children’s Hospital in Camperdown Sydney (now Westmead Children’s Hospital), Wendy worked alongside families during some of the darkest days of their lives.

“I remember working in a child abuse team where our client, a 13-year-old girl, had been sexually abused by her father and had passed away in a stolen car years later.

“Looking at her family’s files, I realised that this girl’s life chances had been stacked against her from birth: her mother gave birth to her at 16 years of age, her father had struggled with addiction for years and was now incarcerated.

“Our systems of care had failed this young girl. Her experiences prompted me to write my first peer-reviewed article.”

Following many years standing beside families, in the trenches of social work practice, Wendy moved into academia with the resolve to shake up current processes and create systemic change for children and families.

“My research projects are inspired by my practice. The idea of generating new knowledge from the ‘doing’ of social work has been a foundation in how I have approached my work.”

Child protection in the courtroom

Over the past decade, the Family Court has increasingly become a part of the child protection system as allegations of abuse are raised in hearings. Wendy’s PhD examined the decision-making of court judgements where there are allegations of child sexual abuse during divorce hearings.

“My PhD was borne of my experience working in an NGO, a project that took me into understanding the impact of systems on decision-making and eventually to my first stint in academia.”

Wendy’s research found that, while there were glimpses of child-focused approaches in some hearings, there was a predominantly sceptical undertone to child abuse allegations during divorce hearings and decisions were often influenced by the parents’ situation.

“The context of the allegation—the family law litigation—heavily influenced how the child abuse allegations were assessed and interpreted.

“There was scepticism around the child abuse allegations, that they could be the product of the parental conflict, associated maternal anxiety or mental illness.

“Additionally, fathers were not securitised as closely against criteria for sex offending even when they made admissions relating to the allegations.”

Wendy’s most recent research projects are focused on understanding the complex relationship between governments who fund social services in Australia and non-government organisations (NGO) who typically deliver these services to the community.

Wendy is critically examining this multifaceted relationship and investigating ways that it can be optimised to create better services for children and families.

“I want to be able to identify what approaches to the funding of NGOs will enhance their relationship to provide direct services to the people they serve—especially in light of new outcomes-based contracting for NGOs.”

“This is a new approach, and we need to tread wisely in the face of issues such as privacy and secrecy.

“For example, the child protection and child welfare areas can attract negative media attention and the dynamic of blaming—either towards the government or the service provider—is often relied on to create a story.

“Consequently, services and funding bodies can be wary to talk openly about the mistakes they have made, or to share insights with other organisations in order to prevent the same mistakes occurring in another sight. This is an obstacle that our research is still navigating.”

Wendy has also explored the complicated issue of kinship care, where children are placed in care with either relatives or, those with culturally defined kinship care relationships, as in the case with Aboriginal families. Understanding the nature and role of the Aboriginal kinship structure and its diversity across Australia has brought a higher level of cultural awareness to the policy debate. In Aboriginal families, kinship care relationships are defined by those with cultural authority to do so – not a government department.

In her previous role as Deputy CEO of the Australian Community Workers Association, Wendy managed the ‘Kinship Care: Making it a National Issue’ project.

The philanthropically funded project reviewed the existing national kinship care policies, which at the time were inconsistent across states and inadequate in providing an effective, nation-wide programmatic response.

In consultation with key stakeholders—including government, service providers, and kinship carers—Wendy and her research team created a policy position framework that could inform future advocacy for kinship care nationwide.

“This project raised the profile of the kinship care problem and received media attention and engagement with federal and state government policy units.”

Wendy is now translating the kinship care research findings into learnings for university students, helping to prepare the next generation of social workers in Australia.

“I will be working with a local kinship care group to bring the issues to students who will be better informed about the needs of children living in kinship care arrangements.”

Across her breadth of work, Wendy is quick to prioritise the role of ethics—including ensuring individuals and families have their rights protected and respected. In her role as educator, Wendy provides social work students with careful guidance in this crucial area.

“Ethics must be an important focus in a sector that is responsible for working with vulnerable people, assessing risk and drawing conclusions about best interests for children and families.

“Tomorrow’s social workers must be prepared to manage their own values in their work so they can better support individuals and communities.”