The truth about migration

Professor Nick Mai is a sociologist and filmmaker whose work highlights the complexity of migrant life through his ethnographic films. 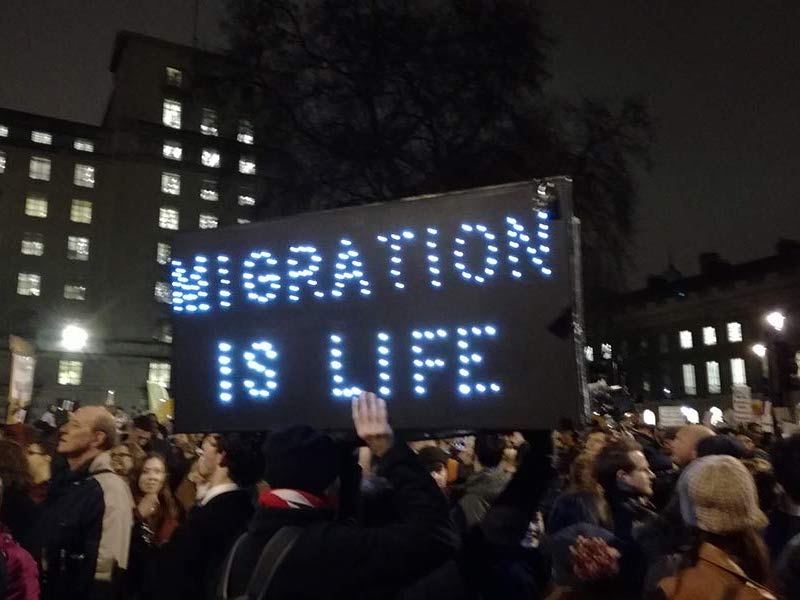 At the core of Professor Nick Mai’s research is a desire to understand the displacement, agency and exploitation of stigmatised and marginalised migrant groups. As a sociologist and filmmaker Nick’s work highlights their experiences and brings them into academic, public and political debates.

Through experimental documentaries and original research findings, Nick challenges prevailing humanitarian representations of the relationship between migration and sex work in terms of trafficking, while analysing sex workers' complex experiences and understandings of exploitation and agency.

His films complement his academic writing and emerge through the collaboration with migrants and sex workers and by expressing their perspectives, priorities and needs.

“With my work I aim to make a positive impact on policies addressing migration and sex work by critiquing them on the basis of the experiences of people directly concerned in the hope of making their lives more liveable in their own terms. I believe collaborative filmmaking is a way to create knowledge together with people who are directly concerned and to make sure that they own the terms of their representations,” Nick said.

Nick’s ambition is that the films and publications that result from his work will reach out further from the academic world into public and political debates and that they will contribute to changing policies according to the priorities and needs of their protagonists.

“It’s a tough call in a world where facts, evidence and truth seem to matter increasingly less in the eyes of politics, but I think it is our responsibility as social scientists to keep on speaking truth to power by using well the little power we have and sharing it with the people who are directly concerned.”

Many migrant and sex worker rights organisations across the world use his films and publications when they advocate for their rights.

As migration flows have increased and diversified over the past 30 years, Nick says that neoliberal policies have polarised world societies and included gender and sexuality amongst the criteria of eligibility for humanitarian protection, while restricting access to the labour market in the global north.

“In this context humanitarian protection and asylum became strategic borders allowing (and more often denying) people access to rights and work opportunities,” Nick said.  “In order to get their rights recognised and avoid deportation, migrants need to represent their biographies and experiences according to stereotypical canons of victimhood and suffering, which often act as humanitarian borders excluding vulnerable migrants from protection and asylum.”

This was the subject of Nick’s last book Mobile Orientations: An Intimate Autoethnography of Migration, Sex Work, and Humanitarian Borders, which analyses and challenges sexual humanitarian and affective modes of migration control. It is also the topic of his latest films, which examine the relationship between gender, sexuality and migration in the context of the global sex industry, where migrants find both self-realisation and exploitation.

“Most migrants decide to work in the sex industry in order to have a better life and to escape the forms of exploitation they meet in other jobs. Humanitarian and governmental rhetoric often obscure this complex mix of opportunities and constraints by addressing all migrant sex workers as victims of trafficking and by enforcing restrictive and criminalising measures that ultimately worsen their vulnerability to exploitation,” he said. “My writing and films aim at breaking this vicious circle by bringing the understandings and experiences of migrants and their complex decisions and trajectories at the centre of academic and public debates.”

Before coming to Newcastle in 2020 Nick worked as Professor of Sociology and Migration Studies at Kingston University London, where he taught graduate and postgraduate courses in criminology and sociology. His main task at Kingston was the delivery of SEXHUM (Sexual Humanitarianism: Migration, Sex Work and Trafficking – 2016-2020) an ERC Consolidator Grant studying the impact of anti-trafficking legislation and interventions on the lives and rights of migrant sex workers by analysing their own understandings and experiences of agency and exploitation in Australia, France, New Zealand and the US.

“The project addressed critically the ways in which the humanitarian fight against trafficking in the sex industry often becomes involved in the enforcement of increasingly restrictive migration laws and controls, which often exacerbate sex workers’ vulnerability to being exploited and trafficked.”

One of the most important early achievements of the project, which ended in September 2020, was the undertaking of a targeted research on the impact of the 2016 neo-abolitionist Nordic Model (criminalising clients as a way to abolish prostitution) in France together with the Doctors of the World/Médecins du Monde organisation. The research and the ‘What do Sex Workers think about the French Prostitution Act?’ report resulting from it were done in collaboration with sex worker rights and support associations in France and highlighted that the criminalisation of clients had made sex workers more economically precarious and  vulnerable to abuse and exploitation. The report impacted French and global public and political debates by including the experiences and analyses of the people directly concerned.

Having moved to Newcastle, Nick will continue his work on migration but change his research focus slightly to examine the relationship with climate change, the transition to green societies and the displacements and mobilities that are emerging in the process.

“I would like to explore these topics in relation to the relationship between economic development, environmental sustainability and migration in strategic contexts in the global north and south, with particular reference to the Asia Pacific region,” he said.

“Newcastle is a perfect research site for this programme because of the historical presence of the mining industry and of its impact on local and global livelihoods, the environment and its future sustainability. Producing evidence-based suggestions for policymakers and using collaborative filmmaking will be key aspects of my future research plans, as was the case with my current and previous projects.”