Professor Mel Gray is a powerful advocate for social work that is both theoretically informed and evidence based. 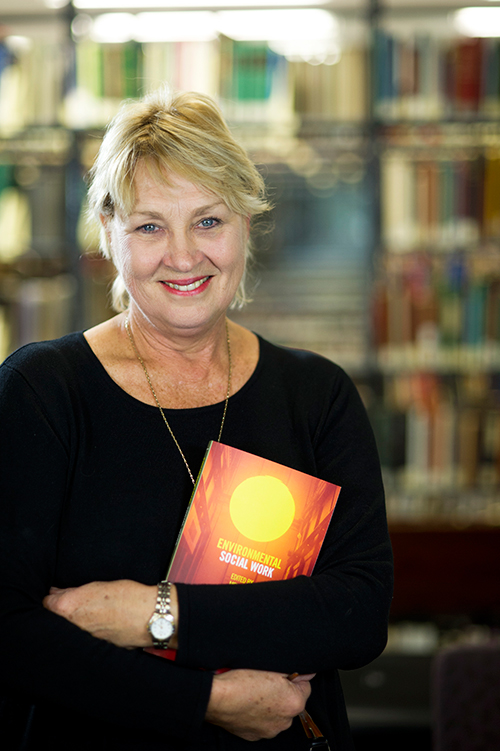 Mel Gray came to academia having already spent 15 years practising social work in the complex, morally challenging and politically charged society of South Africa. The profound questions this experience raised led to her PhD, at the University of KwaZulu-Natal, on the relationship between social work, ethics and politics and have informed her research ever since, giving her a reputation internationally for interrogating basic assumptions and stimulating vigorous debate.

'My research in South Africa was largely around how the new social development policy in the changeover to a democracy was going to roll out and the contribution social work was going to make to it. But what we realised was that a lot of social work had been imported from the US and the UK and wasn't relevant – it wasn't delivering what was needed.'

This disjunction led Gray to question the prevailing universalist models of social work and to develop an 'indigenised' approach focusing on local conditions and values. She has since published widely not only on developmental social work in South Africa but on cross-cultural and comparative social work internationally. Upon moving to Australia in 1999 she extended her research to indigenous social work policy and practice in this country. Today she is acknowledged worldwide as a pioneer and champion of culturally-relevant social work education, research and practice.

In a discipline sometimes noted for its pragmatism, Gray has been a major force in introducing more theoretical, not to say theological, dimensions. Her writings abound in astute, lively interweavings of moral and political philosophy, feminism and environmentalism, postmodernism and post-colonialism, religion and spirituality. She has even published on what she perceives to be a latent creativity or artistry in the practice of social work. She ploughs an intellectually rich field.

But Gray has her pragmatic side too, evidenced by an extensive track record in empirical research involving the design, development and evaluation of intervention programs. This ranges from the first interdisciplinary research study on crime prevention in schools in South Africa, to a series of collaborative research projects with community service organisations and government departments in Australia – everything from developing a model for homeless outreach services in Newcastle and the Hunter Region to a national peer-support mental health intervention with Mission Australia.

Recently Gray has branched into a particularly complex area of study, examining the role that research itself plays in improving the delivery of human services. She is interested in both how and how effectively evidence-based knowledge is transferred from knowledge-producers (researchers) to knowledge-users (social workers and other human services practitioners) and implemented in practice. To this end, she and her team conducted an Australia-wide survey to establish the first reliable baseline information nationally on factors influencing human service professionals' use of research evidence.

'This is actually broader than social work and relates to the use of research across the human services sector. We're looking at industry partnerships around human services linkage projects and asking difficult questions like how the knowledge actually gets used and whether the collaboration is in fact contributing to organisational change and innovation and the delivery of better services.'

So significant is this problem and so innovative Gray's approach that in 2008 she won two out of the eight ARC Discovery grants awarded to social work projects since 2000.

Gray's interest in getting research into practice has led to several related projects on how better to engage practitioners in the knowledge production process, how to ensure the latest research is read and applied by practitioners, and how their ability to apply it is influenced by the culture of the organisation they work in. Her advocacy of evidence-based practice has also provoked controversy.

'Although evidence-based practice is ubiquitous in fields like medicine, in the social work profession you find considerable resistance to it. It can be seen as too scientific.'

Whether championing new practices or pioneering new ideas, Gray's unwavering ambition is to create lasting change that improves the lot of individuals and society.

'There are many ways research can have an impact in social work, from changing the attitudes and behaviours of practitioners, to improving practices within service organisations, to influencing government policy. My research endeavours to make a difference at all these levels.'