Dr Justin Ellis is a criminologist studying the impact of digital media technology on crime and criminalisation and how it affects police accountability in cases of police excessive force. 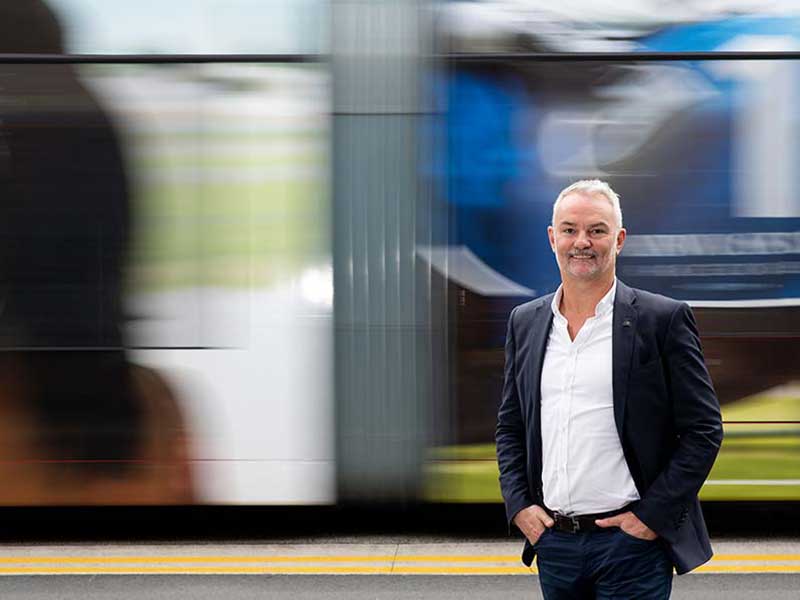 The rapid evolution of digital technology has enabled the public to place the police under more scrutiny than ever before through the simple act of recording police operations via mobile phones. Dr Justin Ellis is a criminologist researching the impact of this increased exposure on everyday crime and police-public relations.

Justin looks at how social media, and amateur video in particular, exposes the ways that people might be criminalised and the role it plays in mitigating or aggravating that process. He said social media has a central and ongoing role to play in providing public institutions with candid assessments of their performance, and as a community organising tool.

“Audience expectations have changed and are driven by what technology has made possible. Institutions such as the police are not always in step with these changes, and effective regulation often lags behind developments in technology.”

Dr Ellis is particularly interested in how the widespread availability of digital video and its direct upload to social media has allowed more public exposure of police excessive force. His PhD involved an in-depth case study of the police excessive force used against Sydney teenager Jamie Jackson at the 2013 Sydney Gay and Lesbian Mardi Gras parade captured on video (trigger warning – violent content).

“This was one of the first viral videos of police excessive force in Australia directly uploaded to YouTube. It had close to 2 million views two weeks after the incident and crossed over into mainstream media reportage. It happened at a time when sharing on social media platforms had reached a critical mass which facilitated the video’s viral reach. It acted as an extremely effective public service announcement and caught the police completely off guard,” Ellis said.

Dr Ellis conducted in-depth interviews with NSW police and former police employees and Sydney LGBT community respondents most closely affected by the video, and analysed media coverage of the cases.

“It is lawful for people to film police in public places but the public didn’t necessarily know that, and unlawful police directions to stop civilian filming of police operations captured in the video implied that some police were ignorant of the lawful right of civilians to film police operations” he said. “The digital era has ushered in a wave of unprecedented exposure and transparency. A counter point to that is that the institutional processes of accountability have not shifted commensurately to what a digital audience might expect.”

“The incident at the 2013 Mardi Gras parade also showed that amateur video of police excessive force can provide the police with a frank assessment of the acceptable limits to the public of police use of force. It also provides police with an opportunity to respond to calls for reassurance, transparency and accountability that might generate greater trust and confidence within communities that have been overpoliced. And the NSW Police Force through a range of policy measures did respond constructively to LGBT community concerns about the policing of Mardi Gras.”

Ellis’ journal article ‘Renegotiating police legitimacy through amateur video and social media: lessons from the police excessive force at the 2013 Sydney Gay and Lesbian Mardi Gras parade’ outlines in more detail how amateur video distributed through social media impacted police-public negotiations on legitimate police use of force in this case.

“Most police will do the right thing, but the ones that don't impact greatly on individuals and the trauma associated with the incidents lives on, as can the reputational damage to the police institution. I see it as part of my role to educate the public of the lawfulness of police actions – teenagers and young people in particular – who are some of the most overpoliced populations as they regularly use public space, often at night, and can be intoxicated and don't necessarily know their rights.”

It was widely reported that police withdrew the charges against Jackson –

offensive language, resist arrest and assault police – common public order offences that Ellis says belie the impact that these charges can have on vulnerable populations – and the court ruled that the police did use excessive force in Jackson’s arrest, and he was awarded $39,000 in costs. However, Ellis says what the public doesn’t know is what happened to the officer that used excessive force.

“This is because civil actions the police settle are subject to non-disclosure agreements. One way we can get access to that kind of information is through Freedom of Information requests, which I did do as part of my research,” Ellis said.

He discovered that there were a total of four claims arising from the policing of the 2013 Mardi Gras Festival, for which a total of $283,880.75 damages were paid. The amount paid by the State of New South Wales for the legal cost of defending these claims was $385,903.90, so overall, a total cost of $669,784.65 to the state of NSW to settle those four claims.

“We are basing our evaluation of effective and fair policing on very limited information, largely that the police provide, and that the mainstream media report on,” Ellis observed.

“Think about how this money could be better spent in many areas of need, whilst acknowledging the need for due process. We’re all paying the price but we can’t effectively evaluate police assertions of reasonable, necessary and prudent policing in these cases because we can’t easily access that information.”

“Digital technology is an amazing tool of scrutiny, and police are now subject to what I call ‘the social media test’; the characteristics of amateur video and social media exposure of police excessive force that challenge the police version of events and mainstream media’s newsbreaking and agenda-setting capacity. How individual police and police institutions respond to cases of police excessive force determine how trustful the public are in them and their likelihood to report crime. But it stops at the institutional gate and we still do not have access to much of that information, and which the public want to know to be reassured that the police institution is addressing police culture that falls below general public expectations.”

Ellis has an interdisciplinary background with an undergraduate degree in history, and a Masters and PhD in criminology. He also has a background in communications and media and was working on a law and social justice radio program at the University of Technology Sydney when he interviewed the academic who would become his Masters and PhD supervisor. Ellis’ interviewed journalists about their relationships with the police for his Masters, publishing the findings in this 2016 journal article.

“What underscores all of my work is a deep curiosity and desire to tell people’s stories; putting victims' stories on the public record is particularly rewarding. Not all cases have the benefit of the clarity provided by amateur video that was the case with Jamie Jackson, despite its graphic nature, so sometimes the media is the only way of getting these victim’s voices heard in the public domain.”

“Documenting the impact of digital technology and social media on police public relations is an essential part of the process. We are recording the stories of the local community and the gay and lesbian community. Getting a range of perspectives on record is an important part of the process so we can distil the lessons that need to be learnt,” he said.

“Even though digital technology is driving the globalisation of communication, it’s still local stories that resonate most and help to make sense and meaning of such serious issues as how police use force and how they are held accountable when things go wrong.”