Inspiring a new perspective of war

University of Newcastle Future Fellow Associate Professor Hans-Lukas Kieser looks to humanity's violent past for answers to a peaceful future. 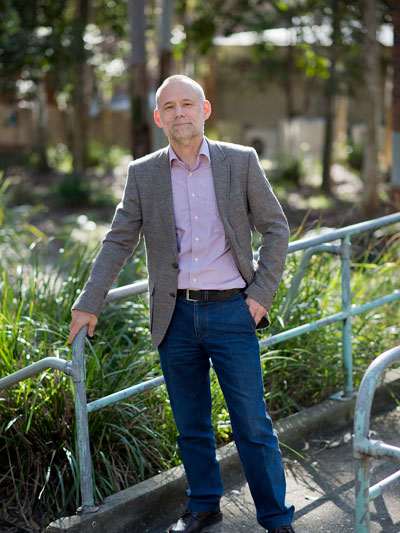 A historian and Australian Research Council Future Fellow with UON's Centre for the History of Violence, Kieser's research focuses on the demise of the Ottoman Empire, marked by the First World War. His work is essential to a better understanding of the present day conflicts in the Middle East – which he believes are directly related to unresolved questions of the past.

"My research combines a history of violence with a history of interactions – including typically modern religious factors, such as apocalyptic perspectives in all three monotheistic religions and the radical devotion to Islam," Kieser said.

His ardent belief in matters of truth makes him determined to discuss sensitive questions beyond the clichés to expose the realities of conflict.

"Students and wider society know the high impact that contemporary Middle East has had on international politics…. and it is critical that people are historically informed. Knowledge, well-researched new perspectives and prudent questions improve the level of public and political discussion. This is what I hope to inspire."

Kieser's exploration into the demise of the Ottoman Empire and the First World War began when he was a young student of history in Basal, Switzerland. It was here that he encountered refugees from crisis-ridden Turkey after the violent military coup of 1980.

"I realised that there were a lot of open questions with regard to Turkey's history, but at the same time, a striking lack of research. The approaches and concepts appeared inadequate to me for an understanding of what was going on," he said.

Titled: The squandered peace. Missionaries, ethnicity and the state in the eastern provinces of Turkey 1839–1938, the book is now in its 4th edition.

"This volume has become particularly important for a new generation of historians, for human rights groups, and also for many Armenians, Alevis and Kurds because it emphasises failed, nevertheless valid, quests for peace before the end of the Ottoman Empire," Kieser said.

"A year and a half before Armenian journalist and community leader Hrant Dink was murdered in 2007; he thanked me cordially for this work during a meeting in Istanbul."

In 2013, Kieser was awarded an Australian Research Council (ARC) Future Fellowship grant to support his project: War, Violence, and Apocalyptic-Millenarianism in the Middle East: Talat Pasha and the Foundation of Modern Turkey, 1874-1921.  For this project, he will consider the demise of the Ottoman Empire in a broad international context, and analyse the relationship between state formation, political violence and genocide.

"This project will provide a significant contribution not only to the history of the Ottoman world and present day Turkey, but also to an understanding of contemporary Middle East," Kieser said.

Fieldwork for the project involves travel all over the world, including to the Middle East itself. "Together with research assistants, I will collect rich documentation in many languages that will form, together with secondary literature, the basis for the historical analysis."

In 2014 and 2015, he will also attend several scholarly and public events in relation to the centenary of the First World War and the Armenian Genocide.

"In June, there was a workshop at the University of Zurich to prepare a concise volume on the Ottoman road to total war from 1913 to 1915. Now, we are planning a panel for the 24th Australasian Association for European History conference in Newcastle for July 2015."

As he continues with his quest to uncover answers to the modern-day conflict in the Middle East and beyond, Kieser says it is truth that drives him on.

"Humbly and sceptically, I believe that good historiography is driven by a love of truth. It has to use all conceptual, methodological and material possibilities to live this love."