From footnotes to front cover: Defining the ill-defined in Australia’s history

Digging into the past and turning up surprising – and sometimes uncomfortable – truths, Dr Kate Ariotti is seeking to put names, faces and facts to the First World War prisoner of war experience. 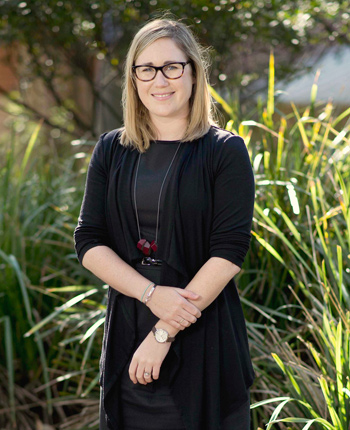 "I specifically study the 200-odd who were held captive by the Turks," she clarifies.

"Nearly half were light horsemen taken in Sinai and Palestine."

"Others were soldiers, submariners and airmen captured at Gallipoli and in Mesopotamia."

Born out of a "very strong interest" in the stories of those held captive by the Japanese during the Second World War, Kate believes her research into the Australian prisoners of the Turks highlights the importance of learning how people cope with less-than-ideal circumstances. The energetic scholar has spent years gathering and analysing the POWs' personal tales, ambitiously looking to recount their experiences from the battlefield to back home.

"I wanted to figure out how all involved, but particularly the POWs, felt about their imprisonment and whether they suffered any ongoing physical or psychological issues as a result."

"So far, what I've discovered goes against much of what we tend to think about the Australian First World War experience."

"They were not your stereotypical Anzacs."

Filling in the gaps

Kate first started examining this hidden history during her PhD candidature. Undertaken in 2010 at the University of Queensland, the four-year study sought to shed light on a topic most knew "very little" about.

"I managed to track down the names of all the Australians who had been taken prisoner by the Turks, as well as multiple accounts of how they had fared in such a foreign environment," she reveals.

"From there, I was able to trace many of their family histories and repatriation histories."

"I also read newspapers from the time to see what was being said about them and how their captivity was reported to Australians at home."

In discovering the methods by which those affected by captivity coped with the experience, Kate went on to correct a "common perception" about wartime captivity.

"It wasn't a passive experience by any means," she comments.

"People actively responded to the many challenges captivity in Turkey presented."

"Families of the POWs worked to overcome the lack of communication with their loved ones in the various prison camps throughout the Ottoman Empire, for example."

"Letters from the POW camps took a long time to reach home, if at all, and they were often subject to censorship, so they weren't necessarily true reflections of how prisoners were going."

"The families of the prisoners formed a strong community network, relying on the Australian Red Cross Society and on other POW families, friends and each other for information and emotional support."

Kate continued investigating the First World War after receiving her PhD in 2014, employed as an historian at the Australian War Memorial in Canberra before joining the University of Newcastle in 2015.

"It's been an interesting journey," she states.

Recently awarded the prestigious CEW Bean Prize for Military History from the Australian Army History Unit, Kate is simultaneously focused on getting her thesis published as a book. The School of Humanities and Social Science lecturer is also in the process of putting in a publishing proposal for an edited collection that internationalises the Australian experience of the First World War.

"This idea came out of a conference the University hosted in March," she reveals.

"Dr James Bennett and I are hoping to put the Australian experience of the First World War into a global context."

"My chapter will be about the Turkish POW camps and the cultural melting pots that they appear to have been."

"Our soldiers lived alongside prisoners from other countries, such as Britain, France and Russia."

"They were some of the first Australians to live in such a multinational environment, and their responses to these cultural encounters are very interesting."

In another offshoot of her PhD, Kate is planning to explore the difficulties associated with reintegrating into normal life after conflict. A project for 2016, the scheduled endeavour will see the Centre for History and Violence affiliate evaluate how individuals have coped and continued to cope with the muddied transition from soldier to civilian.

"I want to look at how people who have been taught to be violent or to overcome their natural tendencies not to be violent, are able to switch that part of themselves off once the war is over," she explains.

"Maybe some aren't able to."

Exploring this niche from an exclusively Australian perspective, Kate will be considering the role and capabilities of military authorities as well.

"I want to know how they helped prepare the servicemen for life after war," she asserts.

"I'm anticipating to find a fair bit of material in official army documents, newspapers and police reports, particularly about those who have come back and had issues with domestic violence, drug and alcohol abuse, self-harm and other risky behaviours."