The world of war and psychiatry

Historian Dr Elizabeth Roberts-Pedersen is developing the first comprehensive account of the consequences of World War Two for psychiatric theory and practice. 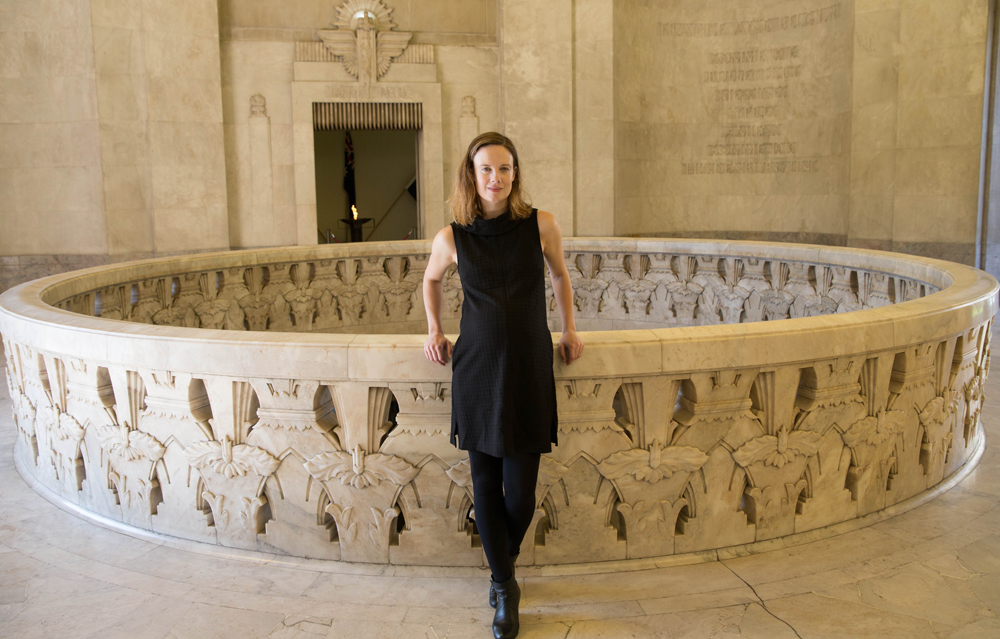 During her three-year project funded by a 2016 Australian Research Council (ARC) Discovery Early Career Researcher Award, Elizabeth will delve into the historical documentation of patients such as combatants, POWs, survivors of the holocaust and children separated from their parents during World War Two to uncover the conflict’s effect on modern day psychiatry.

The theory and practice of psychiatry changed dramatically across the course of the 20th century. In this period the profession moved from being a marginal specialty centred on the asylum to become a central fixture of contemporary life, intertwined with state structures and popular culture.

This project will generate the historical context for World War Two’s seminal role in the influence of psychiatry in the post-war world as well for contemporary concerns about war trauma and the prevalence of post-traumatic stress disorder more broadly.

“…over time symptoms are not only interpreted differently, but can also appear to present in greater or lesser degrees in different conflicts, and have different meanings for both patients and clinicians.

The idea for the project, titled, ‘Unquiet Minds: Psychiatry in World War Two and its aftermaths’, has been percolating in Elizabeth’s mind since her PhD nine years ago.

“My PhD was on British volunteers in a series of wars in Europe in the 19th and 20th centuries – one of these was the Spanish Civil War and there was this passing remark by an American Commissar to the effect that, ‘Our men are not going to get shell shock in this war because they are committed to the cause and they are motivated,’” she recalls.

“That comment lodged in the back of my mind, because it changed my perception of combat stress syndromes as timeless and unchanging. In fact culture and circumstance play a large role in how symptoms are perceived, described and understood.

“It’s interesting that over time symptoms are not only interpreted differently, but can also appear to present in greater or lesser degrees in different conflicts, and have different meanings for both patients and clinicians. The ‘flashbacks’ of post-traumatic stress disorder do not appear in the literature on shell shock, for example.

“One thing I am hoping to do in this project is investigate how the interactions between psychiatrists and certain cohorts of patients can generate a kind of feedback loop, with clinical encounters producing a certain kind of literature in medical journals, which then informs subsequent clinical encounters and popular understandings of wartime syndromes.”

An energetic and talented early career researcher, Elizabeth has published widely on the social and cultural history of modern warfare, including her book Freedom, Faction, Fame and Blood: British Soldiers of Conscience in Greece, Spain and Finland and key journal papers on sexual violence in wartime and war neurosis. Other persisting interests are régimes of discipline and punishment in the armed forces, gender and war, memorialisation and, now, the use of psychiatry during wartime.

Over the next three years, Elizabeth will combine archival research into official and personal papers with a close reading of medical periodicals, major metropolitan newspapers and existing scholarship on the case studies available. As part of this, she will travel to archives in the UK, the US, and Canberra and Melbourne in Australia.

The project will culminate with a monograph, a series of journal articles, and a conference planned for the end of the project to bring together those interested in war and psychiatry.

Elizabeth is also the newest member of the University of Newcastle’s Centre for the History of Violence – which has attracted over $2.5 million of ARC funding since 2012, including a 2014 ARC Discovery Project (DP) on ‘Violence on the Australian Colonial Frontier’; a 2014 Future Fellowship investigating ‘War, Violence, and Apocalyptic-Millenarianism in the Middle East’; and a 2015 ARC DP on ‘Intimacy and Violence in Anglo Pacific Rim Colonial Societies 1830-1930’.

“I’m really excited to be part of the Centre for the History of Violence. I think it’s great that the University has been able to bring together scholars working on the impact of violence in various contexts and I’m really looking forward to talking with others who are interested in similar issues. In some ways, we are all working on the lived experience of warfare and violence, but in different time periods – so we can see continuities as well as the differences.”