Sociologist David Farrugia is examining how youth identities are created through the dynamics of work in contemporary societies. 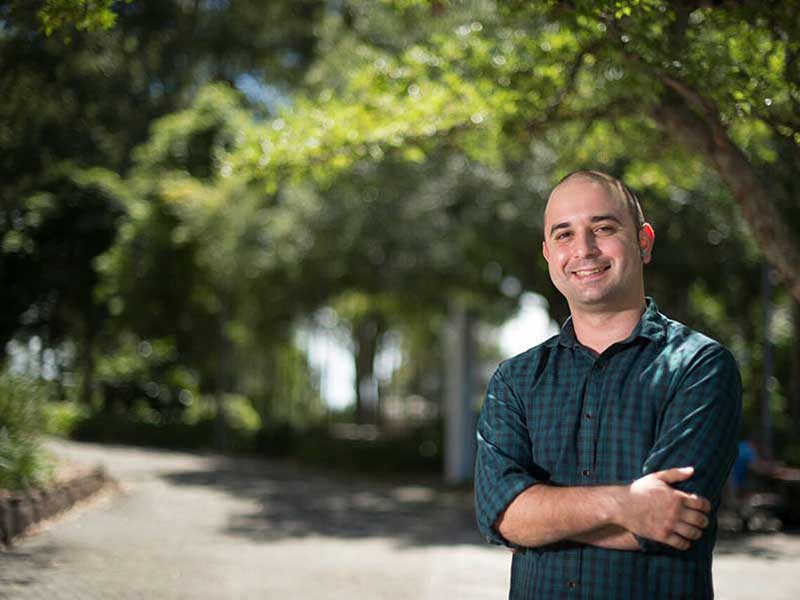 Dr David Farrugia, a member of the Newcastle Youth Studies Network, is a sociologist whose work addresses issues of unemployment, labour and labour force formation from the perspective of identity. His work demonstrates how young people’s identities contribute to the creation of economic value, and how the formation of labour forces emerges from young people’s identity practices.

Farrugia says the contemporary youth labour market is characterised by high levels of insecurity and unemployment and to deal with this situation, young people are encouraged to work on themselves - to cultivate ‘employability’, qualifications, or ‘soft skills’ in order to manage labour market insecurity.

“In particular, young people are encouraged to form identities as workers – to see themselves as people who can create value and profit in the labour force, and to cultivate aspects of themselves that may be seen as valuable by employers. My work therefore examines how young people cultivate identities as workers, and how this relates to the creation of economic value.”

Farrugia’s research suggests that creating identities as workers is seen as a huge priority in young people’s lives. Young people in his studies view work as the most critical thing that will determine their future success, and they hope that a strong personal investment in work and labour will increase their chances of success at work and happiness in life.

“So we are seeing an ongoing personal investment in work, despite the increasingly precarious environment that young people are in. And because the value of the self as a worker is tied to the value that young people feel that they can create at work, the experience of unemployment can produce feelings of being personally worthless.

Farrugia is leading an Australian Research Council project titled ‘Young Hospitality Workers and Value Creation in the Service Economy’ which shows that youth identities are critical sources of value in the hospitality industry and not necessarily because of their work skills, but more due to their youthful attributes.

“Young people are preferred workers in industries such as hospitality. This is partly because they are seen as a ‘flexible’ workforce in a poorly paid industry. However, in some parts of the industry, young workers are also seen as valuable because of their identities: their ability to look ‘cool’ in a ‘cool’ venue, their ability to interact with consumers in a fun way, and their connection with youth subcultures such as music scenes that are also a part of the night time economy. So in this case, their identities ‘outside’ of work are actually drawn in to the value they create for employers at their jobs,” Farrugia observed.

The project aims to investigate how labour performed by young people in the hospitality industry contributes to the creation of economic value. Farrugia says labour in this sector makes complex and unexamined demands on young workers, but is widely regarded as unskilled. The project will examine the specific practices through which hospitality workers create value, and will explore the personal capacities and forms of identity that allow young people to become a successful part of the hospitality labour force. The knowledge gained in this project will inform current social and political debate about working conditions, wages and penalty rates in the service economy.

“Through a focus on how young people join the service labour force, this project will facilitate policies aiming to support employment for young people and enhance value creation in the service economy,” Farrugia said.  “This project contributes to efforts to enhance the quality of Australia’s service workforce, and supports growth and job creation within the service sector.”

Amidst public debates about working conditions and penalty rates in these industries, Farrugia and his team of academics will unpack the actual working practices that constitute this poorly remunerated and precarious form of labour and examine the way that these practices produce economic value.

Interviews with hospitality workers will aim to understand the particular kind of atmosphere or experience that workers are attempting to create at work, and how this experience is seen to facilitate consumption within a venue. Ethnographic observation will also take place in hospitality venues in Newcastle and Melbourne, and through visual methods including photo and video capture and elicitation the scholarly team will observe the bodily comportment, gestures and the way people position themselves in a venue.

“If labour is now based on styles of personal embodiment and interaction formed outside of work or training, what are the specific working practices through which these capacities contribute to the creation of value? How are young workers’ modes of personal identity mobilised at work, and how does this relate to commodity exchange in the service economy?” Farrugia asks. “Answering these questions is critical to understanding the relationship between labour and value in the contemporary service sector, and a substantial evidence base is required to inform ongoing public debate and policymaking in this area.”

Farrugia is motivated by understanding the relationship between youth identities and broader social and economic processes, including industrial transformation, the emergence of new forms of work (including interactive work and digital work), and globalisation. He says he approaches all problems by interrogating existing social debates from the perspective of contemporary issues in sociology.

“There is a disciplinary perspective to what I do in terms of advancing sociological knowledge and a socially oriented perspective where I aim to address important social changes that impact on people’s day to day lives. These two things are always intertwined,” he said.

This extends to Farrugia’s 2018 book Spaces of youth: Work, citizenship and culture in a global context. In the book, Farrugia shows that the concept of developmental time has become a regulatory framework that is used to govern aspects of globalisation, including the formation of labour forces and the boundaries of liberal citizenship regimes.

“Young people are the target of a range of interventions designed to craft a ‘global’ society, which as global citizenship education programs or attempts to encourage young people to see themselves as mobile workers,” he said.

In this context, the book presents a spatial approach to youth, which understands ‘youth’ not as a ‘time of life’, Farrugia explains, but rather as a phenomenon that is produced through changes in the geographical distribution of employment, the movement of popular cultural images, and shifts in the nature of political boundaries.

“It also shows that youth is a concept that is used by powerful institutions in order to understand and intervene in the world, in which the development of youth is seen as connected to social, economic and political development across the world.”