Dr Sally Hewat, a University of Newcastle (UON) speech pathologist who specialises in the treatment of stuttering, is working to establish speech therapy in Vietnam – where, as a profession, it doesn't exist. 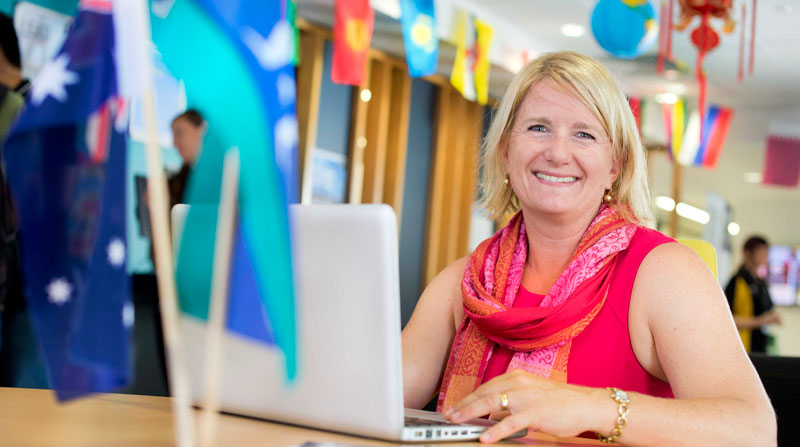 In collaboration with the Trinh Foundation Australia and the University of Pham Ngoc Thach (UPNT), Hewat has been working to develop a two-year postgraduate speech pathology program in Vietnam. This is the first ever speech therapy course in Vietnam and approximately 80 per cent of the lectures are provided by experts from Australian universities.

Two years ago the first cohort of the training program graduated. They were a combination of already trained health or allied health professionals in Vietnam. Mostly nurses, physio therapists, a couple of doctors, and an ears, nose and throat surgeon.

"All of them will go back to their existing jobs; they won't be employed as speech therapists but they will do speech therapy work. So it's an emerging profession – it's not officially recognised yet," Hewat explained.

"This treatment program for adults in Vietnam is obviously very different to what we do in Australia. We can't assume that what we do here will work over there. So we developed the program within that context and then taught the students research methodologies to evaluate it.

"I like the process of collaborating and supporting others to capacity build. Not to have outside influences come in and say we'll do it for you; it is more capacity building from the ground up."

In 2014, Hewat received the Medal from the People's Committee of Ho Chi Minh City – a prestigious honour not usually received by foreigners, which is awarded by the Mayor of the city. She also received a certificate and gift from UPNT.

"In Vietnam, when you get an award like that, you know how valuable it is, because those sorts of awards don't go to foreigners, ever. This, again, was recognition of why we need to continue to support it; because that's the only way it's going to develop," Hewat said.

"The benefits of our international collaboration have been felt both in Vietnam and here in Newcastle.

"The Vietnamese students and community now have access and exposure to experts in the speech pathology field from Australia and have the opportunity to learn within a discipline that previously did not exist in Vietnam."

This collaboration also provides UON students enrolled in the Bachelor of Speech Pathology (honours) the opportunity to complete a clinical placement and project work in Vietnam.

"We recently had eight students return from three weeks in Vietnam, and their responses to the experience were overwhelming. They get to be hands-on and work with levels of complexity that they wouldn't get to in Australia – working with children and professionals who speak a totally different language," Hewat said.

"Most importantly, the community now has the opportunity to access speech pathology services in hospitals throughout Ho Chi Minh City that were not previously available."

However, there is still much to be done in Vietnam for those who are in need of speech therapy. Hewat believes the majority of her career will be spent developing the speech therapy profession in Vietnam and the surrounding countries.

"Even though interventions for younger children who stutter are where we should focus some attention, this is way down the track. We need to have professionals on the ground who can deliver this service," Hewat explained.

"It's really tricky; in Australia we would focus on community education and early intervention but in Vietnam, I can talk about early intervention and the optimal time to treat stuttering – that is, before they start school – however the fact of the matter is there is no one to treat it over there, bar a proportion of the 32 speech therapists we have now trained.

"Every person has the right to communicate. Through the development of speech therapy as a profession in Vietnam, this may eventually be possible."