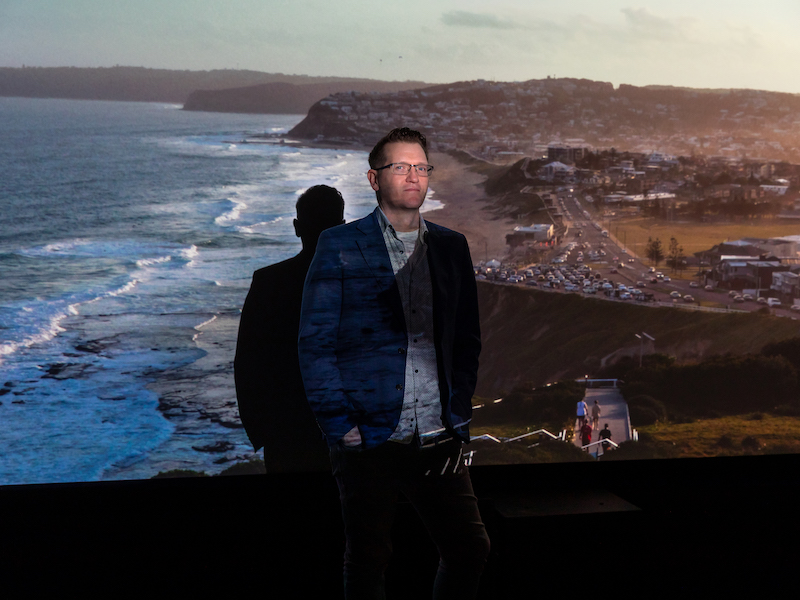 Dr Stuart McBratney is a filmmaker with a global audience and a heart for local talent. He has worked with production and post-production facilities in Newcastle, Los Angeles, and Oradea, Romania to produce multiple full-length feature films at a fraction of the usual Hollywood price tag—an impressive feat, and one that changes the game for aspiring filmmakers in Australia.

“But by demonstrating that a movie can be made for the price of an average Australian wedding, aspiring filmmakers may hold onto their dreams. Better yet, they can actively pursue them, knowing that others have faced the same challenges head-on.”

Multiple times over, he has demonstrated how the process of making a full-length feature film—from conception, to production and distribution—can be achieved for a reasonable price, and this has given Australian actors and filmmakers the opportunity to work on feature films that might otherwise have remained out of reach.

Now, Stuart is keen to share his encouraging results with other aspiring filmmakers, with the aim of making the craft more accessible and affordable, and helping more Australian stories and voices be heard.

“I’m dedicated to democratising the filmmaking process, and to sharing my findings with aspiring filmmakers. I want the world to see that stories don’t require millions of dollars to be told.”

Stuart first started making movies when he was just 11 years old, and by age 14, he was already determined to turn his passion into a career. Through his teenage years, Stuart worked multiple jobs to support his dreams, all while writing screenplays and chasing his first big break. Like many aspiring Australian filmmakers, Stuart faced his fair share of setbacks from an early age.

“I would send my screenplays to production companies, and no-one ever responded, which was frustrating. But I didn’t give up, and eventually I realised I had to create my own opportunities.”

This empowering realisation was a turning point in Stuart’s career. Determined to find a way forward, he began to research alternative ways to produce his films without relying on investors.

“I became obsessed with self-sufficiency. I bypassed the gatekeepers and developed methods for creating ‘bang for my buck’. Filmmaking is a highly complex craft, which requires time, money, people, equipment, and locations. To find ways to forge ahead with such productions despite a lack of funds remains a challenge, but I’m excited to embrace it.”

Enriching creativity in others

Stuart’s resilience and determination in the face of numerous challenges has undeniably paid off. Since those early days of juggling part-time jobs and screenwriting, Stuart is now a globally recognised filmmaker with an agent in Los Angeles and projects that are purchased internationally. To date, Stuart has written and directed three feature films, numerous music videos, 500 television commercials, and one television series.

“I take it one project at a time, and each project takes three or four years. But rather than feeling daunted by such a long creative endeavour, I’m excited to tackle the challenges ahead, and I look forward to meeting incredible collaborators along the way.”

With Stuart’s latest movie Don’t Read This on a Plane about to be released, the hard-working creative has already started on a new production, Long Thought Lost, which has an expected release date of 2023. His latest production will be a transmedia project consisting of a feature film, album, and novel, along with one or two live performances.

“My big challenge is to tell a compelling story with limited means. While my primary medium is film, the inclusion of transmedia elements in the storytelling process informs my creative choices, and ultimately enriches the narrative. I want to continue to explore ways in which creativity in one medium can enrich creativity in others.”

Looking back, Stuart is proud of his career achievements and excited to see where his next adventure will lead. Never one to shy away from a challenge, Stuart is committed to forging a path for his fellow creatives—and devising a more democratic future for Australia’s filmmaking industry.

“I am no longer the kid wondering how to make a movie. Rather than allowing a lack of financing to stop me, I simply forged ahead and made movies anyway. Australian films continue to inspire the world, and the films I make contribute to our cultural output as a nation.”