Professor Tania Sourdin’s career has spanned the globe as a consultant and specialist expert in a range of complex programs across the justice sector. 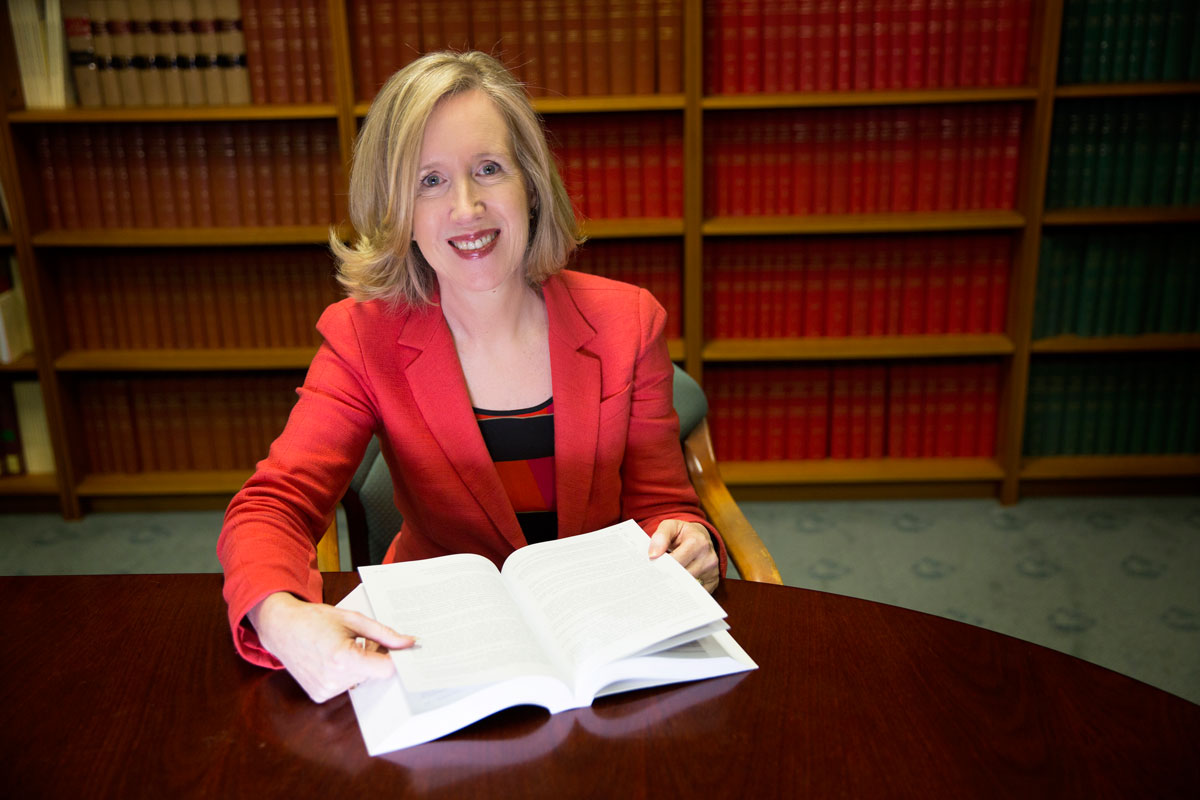 With an extensive career focusing on justice, litigation, conflict avoidance and dispute resolution, Tania has influenced legislative reform initiatives, standards and cultural change for dispute resolution. She has also taught judges in a range of programs that include court craft, civil procedure, decision making, complex behaviour and in judicial orientation programs.

Having written extensively about justice issues, Tania’s work on boards, committees and working groups continues to expand across the country and internationally.

Fortuitously, this journey has now led her to explore new challenges as Dean and Head of School at the University of Newcastle Law School. “It’s been a very broad and interesting part of my life that I’m looking forward to continuing at Newcastle,” Tania says.

From empiricism to innovation

“I started off as a lawyer before becoming more of an empirical researcher looking at what happens in the justice system. I’d describe the justice system quite broadly in that it includes complaints through to formal court adjudication,” Tania explains.

“A lot of the work I’ve done in the past has been around looking at how people experience court and justice processes: how long they take, how much they cost and how those processes can be improved.”

The University of Newcastle Law School is unique in its size and scope, which is precisely what attracted Tania to the position. “I’ve always been very interested in the law school at UON because it’s such a practical law school with a unique hands-on clinical program,” Tania says. This hands-on approach allows students at UON have the opportunity to work with clients under the supervision of legal practitioners at the University of Newcastle Legal Centre and provide a range of outreach clinics such as the highly successful Law On The Beach program.

The relatively smaller size of the UON Law School is not only beneficial for students, it also means that Tania is able to keep up her dual focus as Dean and continue her sizeable research.

Technology and the practice of law

Tania’s research focus is intense, with a current slant on exploring innovations within the judicial system. “I’m exploring how well they work, whether they can be replicated what prevents them being replicated and how they can be extended in certain circumstances?” Tania explains.

The range of technologies that are currently being utilised in the judicial system posit some novel questions that Tania’s keen to explore. “These technologies raise an interesting point about how much humans actually need to be involved in the delivery of justice in the longer term. The question around how humans remain involved, and how much humans add in the justice sector is intriguing,” Tania says.

Tania suggests that it’s inevitable that smaller cases will progress through more technologically-aided processes into the future, which is a good thing. “It can be easier for people to access information and to access systems without having to actually arrive at the court or to be doing things between the hours of 9 to 5 which is often expected in the justice sector,” Tania says.

In the criminal sphere Tania explains that there could be some cost savings through technology, particularly in preparation for a trial. “There are many areas of innovations using e-Discovery that can lead to cost-savings. It’s been used a great deal in the US where there’s a greater need to uncover all relevant documents relating to a court case. The software used in e-discovery allows you to find information far more readily, and cost-effectively. Doing this online is much easier than having people sitting in a room sorting through hard copy.”

Social media, transparency and the law

Legal and court-reporting has taken on a new slant with the uptake of social media sites by news organisations. Rather than having to wait until the following day to read a court report in the paper, the commentary is immediate, is reported from the court and is online in seconds. This uptake of social media and the immediacy of reportage online is something that raises conflicting views in Tania. “It often takes a long time for a complex matter to be sorted out and sometimes the commentary that arises is not very sophisticated or informed, and can sometimes be misleading as it’s only based on a short interaction.”

“However, I do think that it’s good that there is transparency around the justice system. It is intended to be open and accessible, but most people don’t want to go and sit in a courtroom when a case that they’re interested in is being dealt with. So having faster online, on-time reporting makes it easier for people to understand what’s going on in the justice system – which I think is a very good thing. There are however some significant questions about how open video conferencing processes are and this has been very relevant in the COVID-19 era”

Tania utilises social media in a professional capacity to expand her contacts and share new developments in the judicial scene. “For me, it’s a good learning experience and a way to better understand what’s going on in the justice sector more broadly. Otherwise I think there’s mainly a temptation to talk to other academics and senior professionals. With LinkedIn you talk with people in all parts of the justice system, so I think that’s very useful,” Tania adds.

“With Twitter it’s a different interaction: it’s so fast I can do it very quickly. I like the immediacy of Twitter too. I was recently writing an article on ‘priming’ in justice and as I was writing it there was an article that led me to another that helped me extend my thinking in a way that wouldn’t have happened if I hadn’t been accessing Twitter,” Tania says.

Although Tania is now based in Newcastle, her research continues to spread its wings across the country and continents. “I’ve got projects happening in other States of Australia as well as overseas, along with judicial education work. There’s also an interesting project that I’m collaborating with the Business areas on complaints and the return on investment on good complaints management and which involves looking at the complaints processes in big organisations and government and thinking about how complaints data can improve products and services as well as the customer experience.”

“I’m also writing about the ‘Judge vs Robot’ which is fascinating and I am pleased to have written a book in this area. I also run an international collaborative network under the Law and Society Association which has around 80 lawyers and judges in it, and we look at judging – and that’s a particular area I’m fascinated in. In particular, I’m intrigued by the moral and ethical dilemmas – what happens when people start to consider artificial intelligence in different ways as well?”

“When you have more sophisticated algorithms that consider the legislation you may remove some of the subjectivity. However, that does come at a cost as judges also have a role as commentators and also test a lot of realities within our society. The interesting thing about artificial intelligence is that it’s often seen as apart from humans as you have a computer doing it whereas what we know is that, increasingly into the future, humans will be enhanced with artificial intelligence. I think this is really interesting piece as well and one that’s worthy of exploring.”

With a keen focus on the University of Newcastle Law School and a continued dedication to research Tania will continue to explore the way that justice shapes public policy and its impact on society. It’s an exciting area in the field of justice, and one that Tania is keen to pursue.