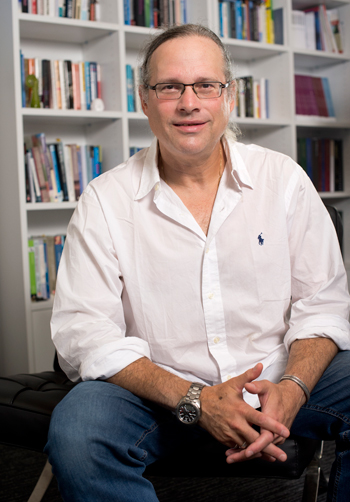 Though chiefly concerned with the 'what is' in the world of economics, Professor Morris Altman is also adept at considering the possibilities - 'what could be' and 'what ought to be.' The celebrated academic explores aspects of both in his research, scrutinising and subsuming socio-economic phenomena into several broad categories.

Behavioural economics and institutional economics have been and continue to be particular focal points of mine.

"The former looks at the interface between economic theory, psychology, sociology and politics."

"Institutional economics on the other hand, focuses on understanding the role of historically-bound social systems in shaping human behaviour."

Morris proved to be a leader early on in his career, establishing a student journal as an undergraduate at Canada's McGill University in the 1970s. A workhorse and a wordsmith, he received the Newcomen Award for his 400-page Master's thesis a few years later in 1981.

"I then undertook a PhD," the bilinguist recalls.

"It principally dealt with cliometrics, which applies empirical data and statistical methods to the study of economic history."

Lecturing and presenting this research around the world in the decades immediately following his doctoral degree, Morris sought to strengthen the nexus between teaching, training and practice.

"I spent most of my time as the Head of Department of Economics at the University of Saskatchewan," he says.

"I held visiting appointments at Stanford, Duke, Cambridge and Cornell as well."

"Before moving to Australia, I was also the Head of Economics and Finance at Victoria University in New Zealand."

Morris joined the University of Newcastle in 2015.

Getting down to business

As the new Dean of the Newcastle Business School, Morris has a bold and emblazoned vision.

"I plan to build on its strengths, lift research performances, and reengage with external stakeholders," the economist affirms.

Splitting resources between the City, Callaghan, Ourimbah and Sydney campuses, Morris similarly intends to create unique senses of empowerment and voice. Hoping to level the playing field, the accomplished scholar is in the process of renaming each branch and assigning deputies too.

"For example, at the Central Coast campus we're reorganising the School in such a way that it will be able to cater a full suite of courses and compete with Macquarie and other Sydney-based universities," he clarifies.

"I like to think of both Sydney and the Central Coast as small, interdisciplinary communities – students want to come because it's easier to get to know each other and their professors."

"In all campuses we need to work as a team."

Though Morris has only held the position for mere months, he has already rolled out a handful of impressive initiatives.

"These will help to prove or disprove associated theories and provide insights into real-world behaviour."

Morris is also helping to develop interdisciplinary programs to capitalise on the outstanding teachers and scholars in Newcastle.  He's also building on past achievements to develop and launch programs in innovation and entrepreneurship. Also being launched are programs on cooperative management and organisation, professional economics and sport management.

"I'm emphasising the importance of internationalisation in classes as well."

"The attention has been on China for a long time so Dr Tony Drew and I are now shifting it more towards Europe, Africa and other parts of the Asian Pacific as well."

Closer to home, Morris is collaborating with the Wollotuka and Hunter Medical Research Institutes. A master at multitasking, the cofounding editor of the Review of Behavioural Economics is simultaneously endeavouring to relaunch the executive education area at these two prime locations, and energise and incentivise community engagement.

"We're badging it a couple of ways," he illuminates.

"People can either take our one-day courses to get a certificate of completion, or get a partial credit for one of the existing postgraduate programs."

"I believe these are vitally important as they link us strategically and spiritually to the Hunter and Central Coast communities."

"Instead of having classes of 400 students where lecture attendance is a dismal 30%, we will split the students across 80 or so class units," he explains.

"Typically, they will then go to one formal lecture a fortnight and a series of tutorials based on problem questions."

"Institutions that have reconfigured courses like this have seen attendances increase to around 70%."

A seamless juggler of administration and teaching responsibilities, Morris is ready and waiting to throw research into the mix.  The enterprising expert is currently developing a number of survey experiments, for example, probing consumer behaviour and behaviour within a firm.

"Consumer behaviour is related to the preferences people have," he describes.

"We're asking why people buy directly from small businesses and cooperative organisations if it costs them more money."

"Behaviour within a firm looks at the reasons why workers might behave in a way which is inconsistent with traditional maximising behaviour in economic theory."

Equally concerned with testing hypotheses and forecasting future trends, Morris is trying to reframe how methodologies are used in applied economics too.

"They're often not used properly in a variety of areas," the prolific publisher asserts.

"They can produce misleading results."