A Torres Strait Islander, and former Chief Executive Officer of Reconciliation Australia, Leah brings with her much expertise on a local to national level, in both a paid and voluntary capacity. 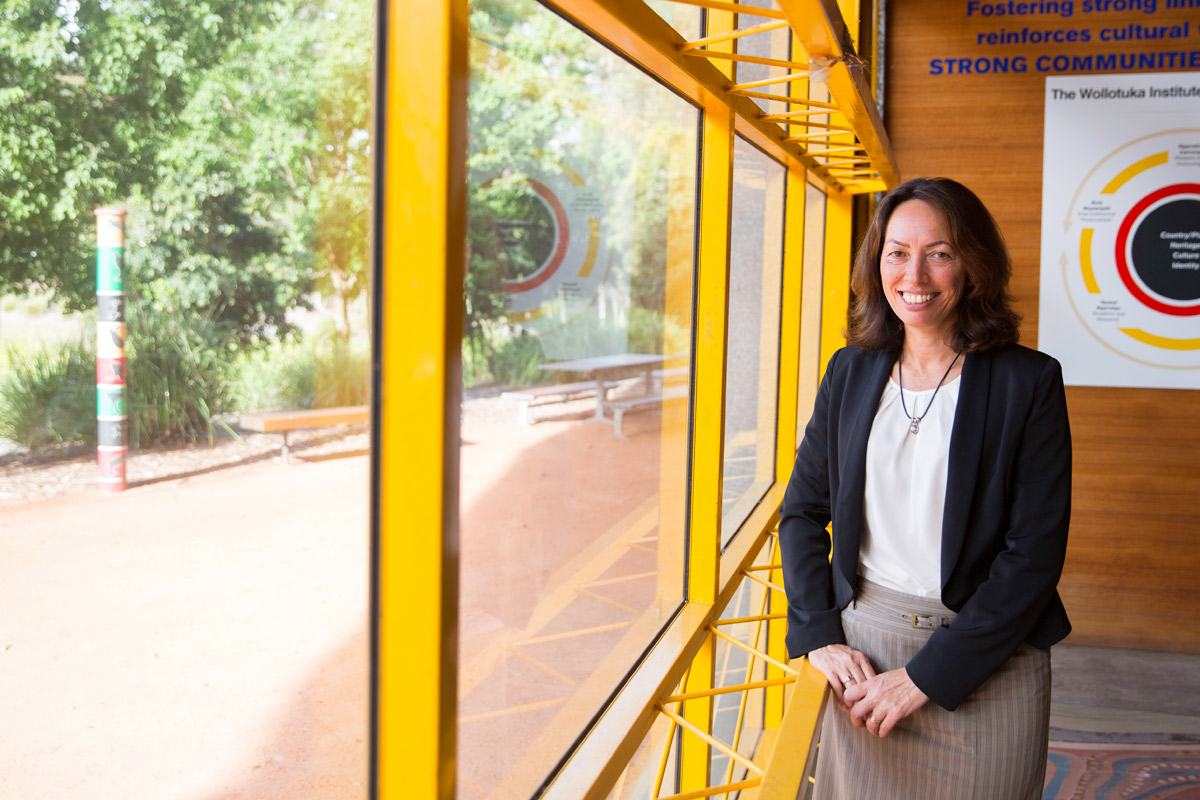 Leah is excited to be in the position to develop the University as a leader in Reconciliation.

“The reconciliation piece is important to me. It is about building better relationships and opportunities for Indigenous Australians across the University and within our spheres of influence.  It’s ambitious, but that’s what reconciliation is. It’s a big, ambitious, nation building approach and it’s not necessarily about an end point, it’s more the steps and processes we take to achieve it that are important.” Leah says.

Leah excels in collaborating with people to transform noble but vague goals and concepts into practical actions and has served on many the board of national organisations and government advisory boards.

Business in her blood

Leah’s family heritage is connected to Boigu Island in the Torres Strait, although she has called Newcastle home for the past 30 odd years.

Her childhood was spent in Mackay, where her grandmother remarried.

Known to Leah simply as ‘Pop’, Ram Chandra OAM, an famous Indian snake charmer, was a tireless community advocate who helped develop the antivenin for the Australasian Taipan.

“Pop was a real entrepreneur, and a bit of a showman. My stepfather and the majority of my uncles all had their own businesses and were very hard workers too.”

“There was a very strong work ethic in my family, and a focus on building business.”

Community played an equally important role in her upbringing.

“My family were also involved with local Torres Strait Islander and Aboriginal or Murri advancement groups like the Health Centres, Legal Aid, and Housing.”

“We were always a part of helping with organisation and governance, plus raising money and helping out where we could.”

Arriving in Newcastle in the late 80s, Leah began work with the Awabakal Co-Operative under then CEO, Jim Wright.

“As successful as the co-op was at providing essential safety nets and supports for local Aboriginal people, sustainability of employment and businesses was where I saw a gap.”

So successful was this enterprise that within ten years, Yarnteen was able to reinvest back into cultural and educational ventures, bulk warehousing, a car wash, plus building company and property portfolios.

After nineteen years at the helm of Yarnteen, Leah moved to the position of CEO of Reconciliation Australia.

“Coming from a local body to a National focused one was a huge step.”

“And when your organisation is about reconciling national prejudices and attitudes, it's no small task,” Leah notes with a smile.

Leah has participated in research, published articles, and made presentations nationally and internationally on Indigenous economic self-sufficiency and reconciliation.