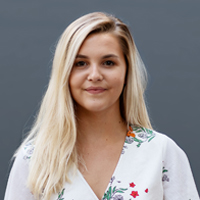 Marli is a proud Dunghutti women from Kempsey committed to closing the gap between Indigenous and non-Indigenous people and hopes to find new ways to do this through her Bachelor of Psychological Science. From an early age, Marli has been recognised as a leader among her peers. She has worked hard to influence attitudes around the importance of reconciliation and recognition of Aboriginal people and given back to other causes important to her, like fundraising for Alzheimer’s disease. According to Marli, her contributions are small building blocks that help to address much broader global issues. As a young Aboriginal person, she believes that breaking down racial and social barriers at a local level can and will contribute to a change on a global scale.