The John Turner Memorial Lecture is held in memory of Dr John Turner, a former history lecturer at the University of Newcastle and WEA Hunter. Dr Turner, who died in July 1998, was one of the foremost historians in the Hunter Valley with a keen interest in local convict history. The John Turner Memorial History Lecture is a joint initiative of the University of Newcastle and WEA Hunter.

The 2017 John Turner Memorial Lecture, entitled Bringing the Artful Dodger to Life: Data Visualisation and Convict Transportation, was held on Thursday 9 March.  The lecture was delivered by Professor Hamish Maxwell-Stewart, a highly regarded historian of convictism and a leader in the application of digital techniques to the analysis of historical evidence.

Using data drawn from 72,000 convict records, Professor Maxwell-Stewart explored the lives of the men and women transported from Ireland and Britain to Van Diemen’s Land in the first half of the nineteenth century.  Data visualisation techniques were employed to examine variations in the backgrounds of convicts born in rural and urban environments as well as the impact of forced migration to Australia on marriage, offending rates and life expectancy. 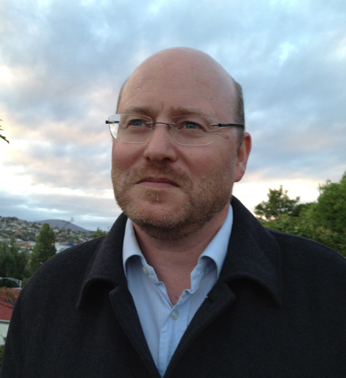 Hamish Maxwell-Stewart is a Professor of History at the University of Tasmania. He is the author of several books including Closing Hell's Gates: The Death of a Convict Station (2008) and numerous articles on convict transportation; and has worked on a number of heritage interpretations that explore the lives of convicts transported to Australia. He has regularly appeared on both the Australian and British editions of “Who Do You Think You Are?” as well as other television programs such as Coast Australia and Tony Robinson Explores Australia.

The 2014 John Turner Memorial Lecture was delivered by Dr Julie McIntyre on 15 May 2014. Dr McIntyre's presentation, entitled The World in a Glass of Hunter Valley Wine, explored the Hunter's long journey to successful wine-making, beginning with the first vines planted in the 1820s. Dr McIntyre is a University of Newcastle graduate, lecturer in history and member of the Wine Studies Research Network at UON.

The 2013 John Turner Memorial Lecture was presented by Emeritus Professor Michael Rosenthal on Thursday 9 May at the Newcastle City Hall. Professor Rosenthal lecture featured on Colonel Paterson's Scrapbook and he described his lecture as follows.

When, in 1809, he knew he would be returning to Britain, colonial hand Colonel William Paterson took great care to commission watercolours from John Lewin and George Robert Evans, arguably the leading artists in the colony.

This comparatively ambitious project involved importing both drawing paper and watercolour paints into New South Wales, and the resulting work offers an intriguing snapshot of how what was meant as a penal colony, a place of punitive retribution, could be perceived as something very different.

The lecture will also investigate the role of scrapbooks more generally, and how the watercolours commissioned by Paterson for his own have a significant biographical significance.

Other past presenters of the lecture include authors Greg and Sylvia Ray, historian Professor Henry Reynolds and Dr Bob Brown (Eddy).