What started as an individual’s idea has come to fruition through cross university collaboration. The Bus Tucker garden located near the Richardson Wing was planted last week in-between rain squalls.

The idea was to create a space that welcomes, recognises and acknowledges the past, present and future importance of Aboriginal culture in nursing and midwifery.

UON’s School of Nursing and Midwifery and Infrastructure and Facilities Services working with Sydney Rainforest Nursery and Broardspectrum have planted over 100 plants. All the plants selected have medicinal and other healing properties and have been used for thousands of years in Aboriginal and European culture.

The space will be a great opportunity for all students to engage with Indigenous culture and as a place to relax and unwind. The garden will be officially opened in October 2016. 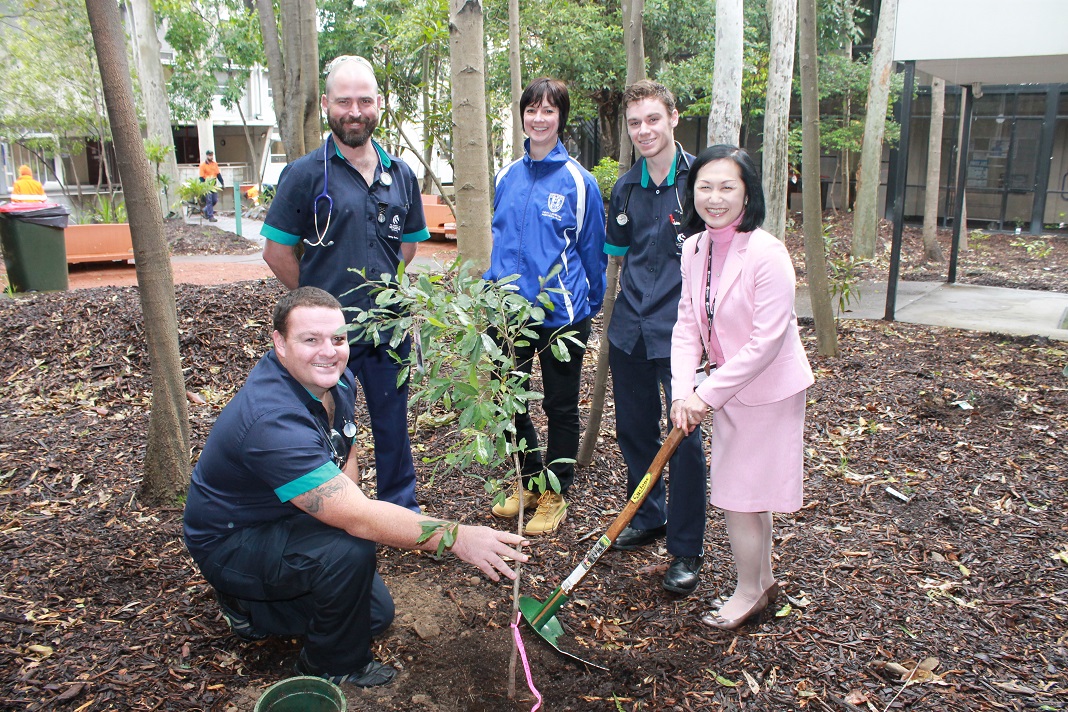